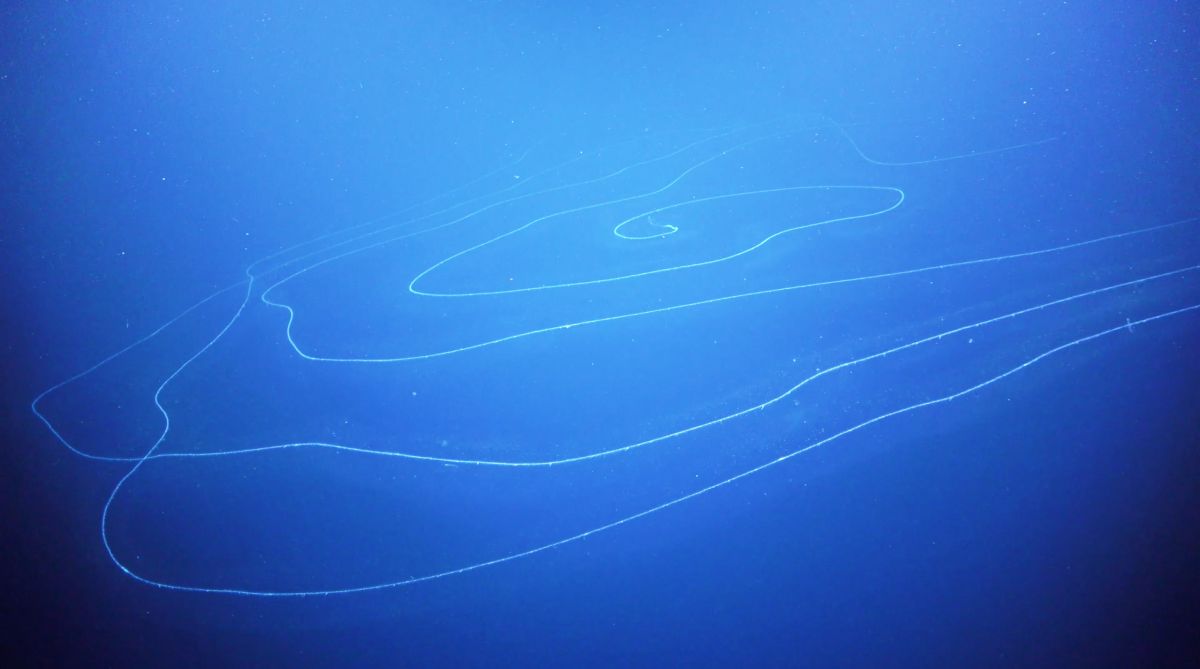 This year was filled with record-breaking scientific discoveries. Some earned the title of “oldest,” including the 7 billion-year-old stardust found to be the oldest material on our planet and a 31,000-year-old burial that held the remains of the oldest-ever found identical twins. Others earned the title of “longest,” including a bird that traveled for 11 days straight from Alaska to New Zealand and a lightning bolt that stretched for more than 440 miles (700 kilometers).

A loud, long-beaked, rust-colored bird broke the world record for longest nonstop flight this fall. On Sept. 16, a male bar-tailed godwit (Limosa lapponica) known as “4BBRW” set off from southwest Alaska and flew for 11 days straight to New Zealand, traveling a distance of about 7,581 miles (12,200 km), taking rounding errors  into consideration. The previous record was held by a female bar-tailed godwit that flew around 7,145 miles (11,500 km) over nine days in 2007. Bar-tailed godwits are known to be impressive flyers, but 4BBRW’s journey — prolonged by easterly winds — was extra impressive.

[Read more about the long-distance flyer]

While exploring deep-sea canyons off Australia’s coast, researchers discovered a super long, stringy creature that may be “the largest animal ever discovered,” they said. This creature, called a siphonophore measured 150 feet (45 meters) long and was actually made up of many small critters called “zooids.” Each zooid lives its own life but is always connected to its fellow zooids and performs a function for the entire siphonophore.

A beer can, photographic paper and a low-tech pinhole camera captured a photo of the sun’s journey across the sky every day since 2012; the photo may be the longest-exposure photo ever taken. Eight years ago, a University of Hertfordshire student created a do-it-yourself camera and placed it on a telescope at the university’s Bayfordbury Observatory, eventually forgetting about it. “I hadn’t intended to capture an exposure for this length of time and to my surprise, it had survived,” Regina Valkenborgh, now a photography technician at Barnet and Southgate College, said in a statement. The resulting photo showed 2,953 arcs of light as the sun rose and fell.

[Read more about the technique used to capture this photo]

Biggest turtle that ever lived

An ancient turtle that lived 8 million years ago, with a shell that spanned nearly 8 feet (2.4 m) in diameter, may have been the largest to ever exist. The ancient creature belonged to a now-extinct species called the Stupendemys geographicus, that lived in northern South America during the Miocene epoch, which lasted from 12 million to 5 million years ago. The beast weighed around 2,500 pounds (1,145 kilograms), which is almost 100 times as heavy as its closest living relative, the Amazon river turtle (Peltocephalus dumerilianus), and twice the size of the largest living turtle, the marine leatherback (Dermochelys coriacea), researchers reported in the study published on Feb. 12 in the journal Science Advances.

[Read more about the giant creature]

A 31,000-year-old oval-shaped burial found at the archeological site of Krems-Wachtberg, in Austria, held the remains of identical twin infants, likely the oldest known in the world. The grave was found in 2005; but in a new analysis, researchers used ancient DNA to confirm that the infants were identical twins and that they were likely cousins of a 3-month-old infant discovered in a nearby burial. One of the infants died shortly after childbirth and the other lived for about 50 days, according to the study published on Nov. 6 in the journal Communications Biology.

[Read more about these ancient twins]

Inside a disc of amber found in a mine in northern Myanmar, scientists discovered the world’s oldest known sperm. The amber held 39 tiny ostracods, a type of crustacean; 31 of them belonged to a newly discovered species called Myanmarcypris hui. Inside one of the adult females of M. hui, researchers discovered four eggs and a spaghetti-like mass that turned out to be 100 million-year-old sperm. Prior to this discovery, the oldest confirmed sperm was 50 million years old and came from a worm cocoon in Antarctica. The findings were published on Sept. 16 in the journal Proceedings of the Royal Academy B.

[Read more about the ancient sperm]

Stardust found inside a massive meteorite that hit Earth half a century ago dates back 7 billion years, making it the oldest material found on the planet. The ancient dust, made up of grains that are older than our sun, was sent out into the universe by dying stars. This stardust eventually made it to our planet by hitching a ride on the Murchison meteorite, which fell in Australia in 1969. This is the first time that researchers have discovered grains that predate the sun in our planet’s rocks. In the new study, researchers analyzed grains from Murchison, grinding up small bits of the meteorite and adding acid, a method that dissolves minerals and silicates, leaving behind the presolar grains. The findings were published on Jan. 13 in the journal Proceedings of the National Academy of Sciences.

[Read more about this ancient stardust]

How fast can sound travel? Scientists figured out the fastest possible speed of sound in any medium: 22 miles per second (36 km/s). Sound can travel at different speeds depending on what material it’s traveling through; for example, sound travels faster in warmer liquids compared with colder ones. It can also travel at different speeds in solids versus liquids versus gases. Calculations suggest that sound travels the fastest in the lowest-mass atoms. So to figure out the maximum speed that sound can travel, a group of researchers calculated the speed of sound through a solid atom of hydrogen. Hydrogen is the lowest-mass atom but isn’t solid, unless it’s under immense pressure that’s a million times stronger than Earth’s atmosphere. In this very specific condition, the researchers found that sound can travel close to its theoretical limit of 79,200 mph (127,460 km/h). The findings were published on Oct. 9 in the journal  Science Advances.

[Read more about the speed of sound]

On Halloween in 2018, a massive lightning bolt sliced the skies above Brazil. The “megaflash” was more than 440 miles (700 km) long and stretched from the Atlantic coast to the edge of Argentina, making it the longest lightning bolt ever recorded, according to an analysis from the World Meteorological Organization (WMO) posted in June. The scientists used new satellite technology to confirm that the lightning bolt was more than twice as long as the previous record-holder, a flash that lit up Oklahoma skies in 2007. But lightning isn’t actually getting bigger, the lightning-monitoring technology is just getting better, the researchers said in a statement. The new analysis also showed that the longest duration record goes to a lightning strike over northern Argentina that lasted for nearly 17 seconds in March 2019.

[Read more about this spooky megaflash]

Scientists found fossilized guts in Nye County, Nevada, that date back to between 550 million and 539 million years ago, making them the oldest remnants of digestive tracts ever found. The guts, which are about 30 million years older than the previous record-holder, belonged to little tube-like creatures called cloudinomorphs. These guts could help scientists understand what types of creatures cloudinomorphs actually are. The leading hypotheses say that the creatures are either cnidarians, similar to  modern-day coral, or annelids like modern-day tube worms. Analysis revealed that the soft tissue, which is likely the gut, looks like a tube; that shape probably agrees more with the worm hypothesis, according to the scientists. The findings were published Jan. 10 in the Journal Nature Communications.

[Read more about these ancient guts]