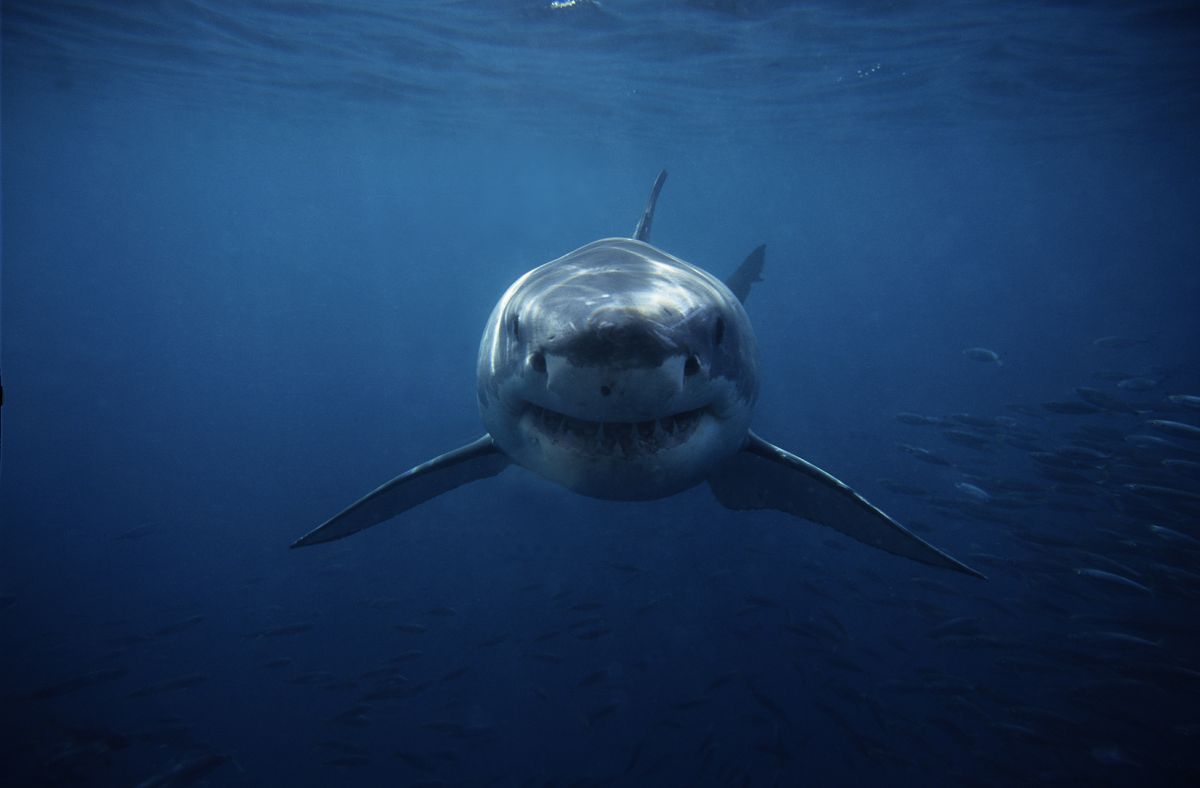 Sharks will never stop amazing us — from mysterious and massive whale sharks to intimidating and impressive great whites. Even sharks that don’t exist anymore, like the mammoth megalodon, never cease to astonish. We know you love sharks just as much as we do, so here are 10 awesome things we learned about sharks this year.

Who knew sharks could dance? OK, well, these sharks weren’t actually dancing, but they were certainly busting some kind of move.

A group of 20 tawny sharks were caught on video as they wiggled around in the surf on a beach in Australia. The sharks weren’t in distress; they were simply using their bodies to stir up some tasty clams known as pipis (Paphies australis, the name “pipi” comes from the Māori language), which were buried in the wet sand.

Read more: Why are these sharks doing the ‘pipi’ dance?

Whale sharks are the largest fish in the sea, but there’s still a lot scientists don’t know about the enormous creatures, including how long they live. However, research published this year described how radioactive carbon left over from Cold War-era nukes could help resolve this mystery.

Researchers dated carbon-14 — a naturally-occurring type of radioactive carbon that was released into the sky en masse during nuclear weapons tests in the 1950s and 1960s — embedded in the vertebrae of two whale sharks that died long ago in fishing nets in Taiwan and Pakistan. The scientists confirmed the ages of the two dead sharks were 35 and 50 years old, respectively, which fits in with prior estimates that whale sharks can live incredibly long lives — likely upwards of 100 years.

3. Great white sharks are bottom-feeders (for at least part of their lives)

Great white sharks are vicious hunters — except when they’re not.

After studying the stomach contents of 40 white sharks in Australia, researchers reported that juvenile white sharks spend a significant amount of time digging around for easy morsels of food on the seafloor rather than hunting for a more hearty meal. The little predators don’t start hunting bigger prey until the sharks are around 7.2 feet (2.2. m) in length.

There was also some evidence that the male sharks went after stingrays and their cousins more often than female sharks did; but the researchers noted that there was a fairly small sample size from which to make this claim.

A drone captured video of the moment when a white shark was within arm’s reach of a surfer in Australia. The surfer was completely unaware of the proximity of the shark and only found out how close the 5-foot-long (1.6 m) predator was after swimming to shore and watching the drone footage. Fortunately, the shark swam away and no one was hurt.

A shark born without skin or teeth was somehow living without trouble until fishers trawling the Mediterranean Sea south of Sardinia, Italy, accidentally pulled the mutant fish from the depths. The startling creature was a blackmouth catshark (Galeus melastomus) that lacked skin and teeth.

The rare catch is the first and only known case of a shark living with a “severe lack of all skin-related structures [including] teeth,” according to a study published in the Journal of Fish Biology.

Read more: ‘Naked’ shark was born without skin or teeth in world first

6. Megalodon was even more of a behemoth than we thought

Sure, megalodon was the biggest shark to ever live, but we’re not talking just a few feet longer than the large great white. Megalodon was so massive — about as long as a bowling lane at 50 feet (15 m) — that scientists consider the giant to be “off the scale,” according to a new study published this year.

Evidence from extinct and living sharks revealed that not only was megalodon an extreme outlier when compared with modern species; it was also substantially bigger than the next-biggest extinct shark in its order by at least 23 feet (7 m), the scientists reported.

Read more: Megalodon’s hugeness was ‘off the scale’ — even for a shark

7. But great whites are still enormous

Yes, megalodon was a behemoth, but great white sharks are no pipsqueaks — especially one individual scientists are calling the “queen of the ocean.”

Researchers with Ocearch caught and tagged a great white female this year that measured 17 feet (5 m) long and weighed 3,541 lbs. (1,606 kilograms). The scientists estimate the shark is around 50 years old, and her battle-scarred hide is clear evidence that this hefty lady has seen some things her lifetime.

Giving the queen a run for her money is another enormous great white shark spotted in Key Largo this fall. The 15.4-foot-long (4.7 m) shark known as “Unama’ki” is also tracked by Ocearch and was first tagged in Nova Scotia. This big mamma weighs 2,076 lbs. (942 kg) and is also estimated to be about 50 years old.

Although extinct megatooth sharks were monstrous predators, they were also nurturing parents as they raised their young in the safety of a “nursery.”

Researchers found ancient evidence of a shark nursery in what is now South Carolina. The team dug up dozens of fossilized teeth that once belonged to Carcharocles angustidens, a megatoothed shark that lived during the Oligocene epoch (34 million to 23 million years ago). The size of most of the teeth suggests they came from juvenile sharks, which means the area was probably a safe haven, or nursery, where the young ocean predators could swim in calm waters filled with easy-to-catch prey.

Another group of scientists found fossil evidence of at least five more megalodon nurseries in Spain, which suggests that baby shark nurseries were a common rearing tactic for the species. It also raises the possibility that the decline of available nursery sites may have contributed to the giant shark’s extinction.

9. An innocent-looking shark with a hidden weapon

This year, scientists discovered an adorable, wide-eyed prehistoric shark with a hidden set of terrifying chompers.

The previously undescribed species, named Ferromirum oukherbouchi, had a jaw that rotated inward when the mouth was closed, and outward when the mouth was open. When the shark opened its mouth, cartilage at the back of the jaw flexed so that the sides of the jaw “folded” down and all teeth, including the newest teeth growing in the back, rotated upward, allowing the shark to bite into its prey with as many teeth as possible.

Not something you want to see lunging after you in the water, is it?

10. Even sharks win some, lose some

Thresher sharks are aggressive predators, but they can’t win every fight. Beachgoers on the Mediterranean coast of Libya found a dead thresher shark with a large chunk of a swordfish’s “sword” jabbed into its back. No one saw the actual attack, so it’s unclear why the swordfish jabbed and killed the shark. But researchers suspect the two ocean predators may have been competing for prey.

On the other side of the world, undersea photographer Deron Verbeck snapped a remarkable photo of a battle-scarred oceanic whitetip shark (Carcharhinus longimanusI) off the coast of Hawaii earlier this year. The unusual circular pattern of scars and puncture wounds on the shark’s skin led researchers to suspect the shark had been in a fight with a giant squid (Architeuthis duxI) — elusive deep-sea predators that live hundreds of feet below the surface. Oceanic white tip sharks can dive down to 1,000 feet (300 m) in search of prey, so it’s likely this shark picked a fight with a deep-sea cephalopod that was not in the mood.