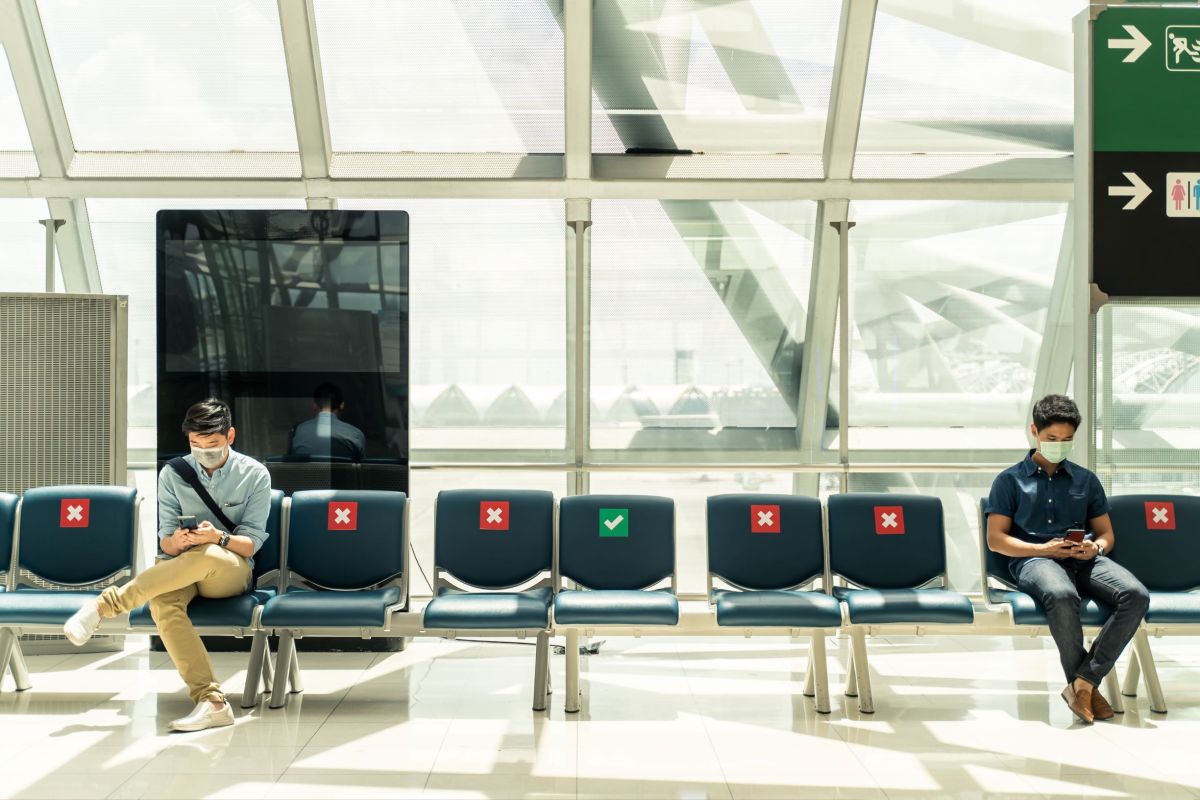 The year 2020 was defined by the coronavirus pandemic, arguably the worst pandemic the world has seen in 100 years. COVID-19 has caused more than 75 million cases and 1.6 million deaths worldwide as of mid-December. The illness has affected nearly every aspect of life, from work and school to everyday activities like getting groceries, and even our wardrobes.

A number of new words and phrases entered the general lexicon in 2020. We were told we need to “social distance,” or stay six feet apart, so that we could “flatten the curve,” or slow the disease’s spread in order to reduce the burden on the healthcare system. People even became familiar with relatively obscure epidemiological terms like the “basic reproduction number” (R0, pronounced R-nought), or the average number of people who catch the virus from a single infected person. And of course the name of the illness itself, COVID-19, is a new term, with the World Health Organization officially naming the disease on Feb. 11.

The must-have fashion item of 2020 was a small piece of cloth to put around your face.

With medical masks in short supply at the beginning of the year, sewing enthusiasts began churning out homemade masks for their communities. Then, clothing companies and retailers got on board, adding masks to their fashion lines. Now, in many parts of the world, you can’t leave your house without putting on a mask.

At first, it was unclear whether wearing cloth masks would protect against COVID-19, but as the year went on, numerous studies showed the benefits of wearing masks, for both the wearer and those around them.

The pandemic took a serious toll on people’s mental health in 2020. One study published in August by the Centers for Disease Control and Prevention (CDC) found that levels of anxiety, depression and suicidal thoughts skyrocketed amid the pandemic.

The study could not determine the reason for the rise in mental health conditions, but factors relating to the pandemic, such as social isolation, school and university closures, unemployment and other financial worries, as well as the threat of the disease itself, may play a role, the authors said.

Women in particular reported worrying increases in heavy drinking during the spring of 2020, according to the study.

“In addition to a range of negative physical health associations, excessive alcohol use may lead to or worsen existing mental health problems,” the authors concluded.

As businesses began to open after initial lockdowns, people needed to adjust to a new normal to reduce the risk of spreading the disease from everyday activities. Businesses implemented universal mask policies. Dining switched to outdoors only. Waiting rooms became a thing of the past. You needed a reservation to go to the gym. And large gatherings and events were banned completely in many areas.

Although there is no way to ensure zero risk of catching COVID-19, officials said taking precautions could reduce the risk of spread. However, as the fall began, many areas went into lockdown again amid surging COVID-19 cases.

From the idea that drinking bleach can kill the norovirus to a theory that the virus was created in a lab as a bioweapon, the COVID-19 pandemic has generated a flurry of misinformation. Indeed, one study, published Aug. 10 in the American Journal of Tropical Medicine and Hygiene, found that the pandemic has hatched more than 2,000 rumors, conspiracy theories and reports of discrimination.

Such false information can have serious consequences — the researchers of the new study found that COVID-19 related rumors were linked to thousands of hospitalizations and hundreds of deaths.

With orders to stay at home as much as possible, many people decided to get a furry friend during quarantine.

The coronavirus pandemic has been a boon for pet adoptions, particularly dog adoptions. Many shelters, breeders and pet stores reported a surge in applications for dogs, with the demand far exceeding supply, according to The Washington Post. Some shelters reported double the number of adoptions compared with the previous year, and needed to resort to  waitlists to handle the demand.

Not only is this good news for pets who need homes, but also for their humans, given that many studies show there are mental health benefits to pet ownership, according to NPR.

Children seem to be largely spared from the most severe effects of COVID-19, but they can still act as spreaders of the disease. So many schools across the U.S. and the world made the decision to close in 2020, and opt for virtual learning instead. Questions around how long to remain closed and how to safely reopen were the subject of much debate. As fall arrived with a number of schools still closed, many children seemed to be falling behind in learning. Statewide polls have found that nearly 9 in 10 parents are worried about their children falling behind at school due to the pandemic closures, according to The Educational Trust.

Coronavirus lockdowns, which slowed the normal hustle and bustle of cities to a near halt, also appeared to dramatically lower emissions of carbon dioxide around the world. A study published May 19 in the journal Nature Climate Change found that daily global carbon dioxide emissions dropped by 17% in early 2020, compared with levels in 2019. That appears to be one of the biggest drops in recorded history. But this temporary drop is far from enough to undo the harmful effects of man-made climate change.

“Although this is likely to lead to the largest cut in emissions since World War II, it will make barely a dent in the ongoing build-up of carbon dioxide in the atmosphere,” Richard Betts, Head of Climate Impacts Research at the Met Office Hadley Centre in England, said in a statement.

Developing a new vaccine normally takes years to decades. But in an unprecedented feat, researchers in the U.S. and several other countries created a coronavirus vaccine — taking it from lab bench to bedside — in just under 12 months. When 2020 began, COVID-19 and the virus that causes it, SARS-CoV-2, were unknown to science. But once the virus was identified, scientists acted quickly to begin developing a vaccine. By mid-March, early trials in humans had begun, and by late summer, the vaccines were ready for more advanced trials with thousands of participants. In December, the United States authorized two COVID-19 vaccines, from Pfizer and Moderna, after trials showed impressive results. Both vaccines used molecules known as mRNA to stimulate an immune response against the coronavirus, marking the first time that any mRNA vaccine has been authorized for use in people. The vaccines were heralded as an extraordinary scientific advancement, and the first doses were administered to healthcare workers in the U.S. in mid-December.