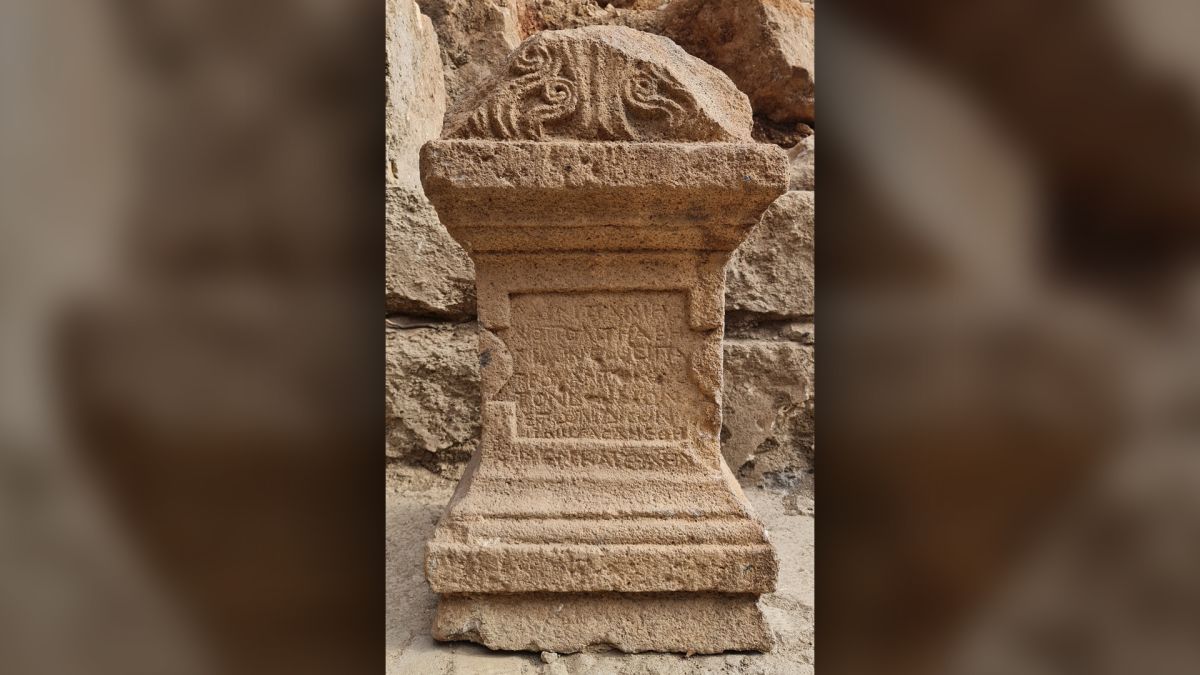 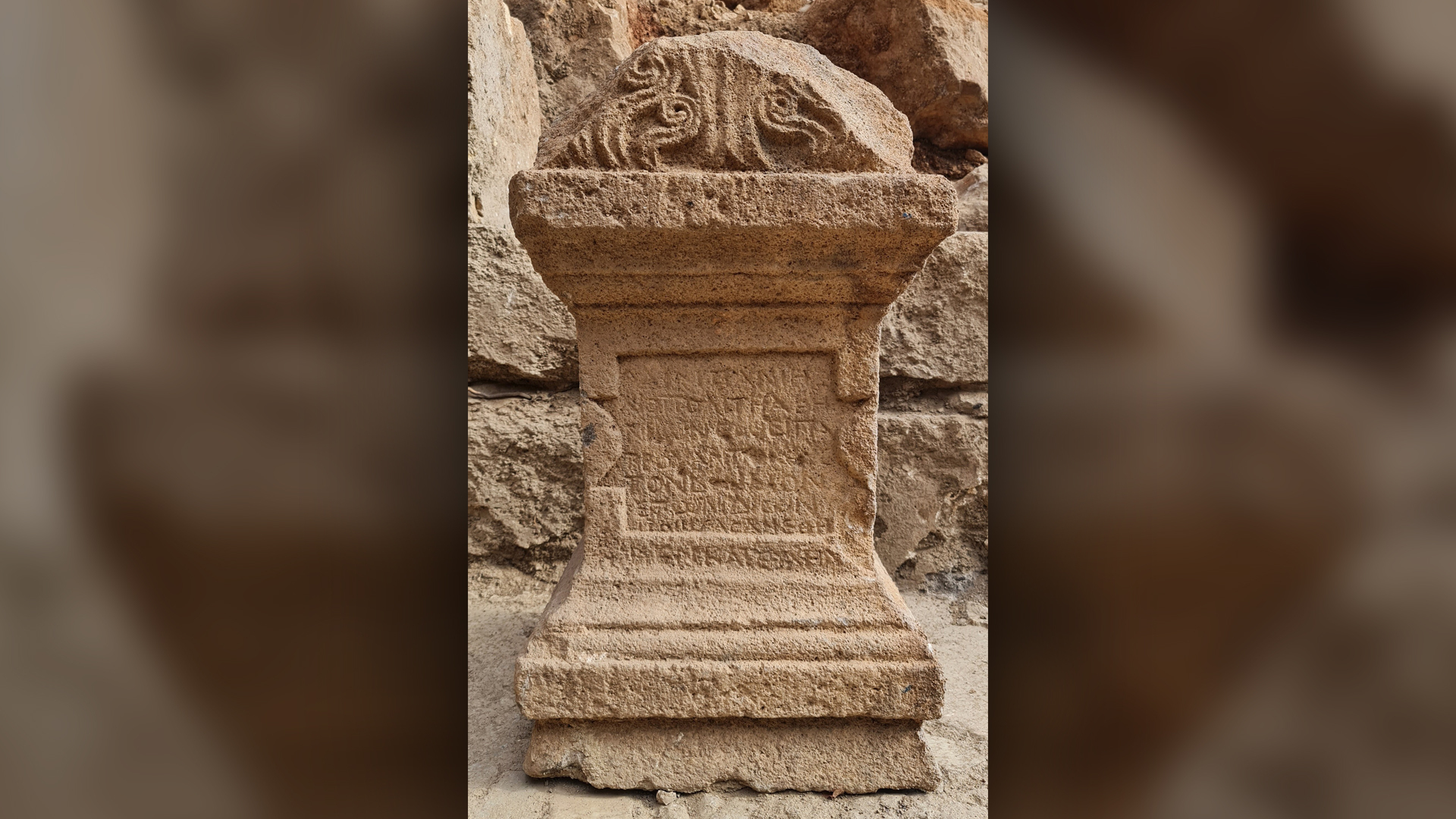 Archaeologists in Israel have discovered an ancient altar honoring the Greek god Pan, the deity of flocks and shepherds, but whoever inscribed it botched the job.

The inscriber basically ran out of room —  etching letters outside the altar’s rectangular frame and also shrinking letters toward the end, to make them fit.

“The inscriber was no pro,” Avner Ecker, project co-director and archaeologist at Bar-Ilan University in Ramat Gan, Israel, told Haaretz, an Israeli newspaper.

Related: In Photos: Tomb of the Maccabees possibly found

Archaeologists found the altar lying sideways on the ground while excavating a Byzantine church. The volcanic basalt altar dates to the second or third century, but it was repurposed as a support brick in the fifth-century church, largely built out of limestone and located in what is now the Banias Nature Reserve in northern Israel. Whoever built the church apparently didn’t want worshippers seeing a dedication to the god Pan, so the altar was turned around, possibly to debase and humiliate any pagans who still practiced “old” polytheistic beliefs, Adi Erlich, project co-director and archaeologist at the Zinman Institute of Archaeology at Haifa University, said in a statement.

“The wall is made of small simple stones and there’s this one great big stone,” Erlich told Haaretz.

The dedication, written in Greek, likely composed by a pilgrim, says: “Atheneon son of Sosipatros of Antioch is dedicating the altar to the god Pan Heliopolitanus. He built the altar using his own personal money in fulfillment of a vow he made.”

The archaeologists noted that the altar doesn’t just say “Pan,” but “Heliopolitanus Pan,” a combination of the gods Pan and Zeus, who was popular among people in Antioch, located near what is now the Turkey-Syria border.

The pilgrim, “Atheneon son of Sosipatros,” likely traveled about 200 miles (320 kilometers) from Antioch to reach the area, which is now just north of Golan Heights, Israel. It stands just a stone’s throw from the popular Banias waterfall, a spot once called Paneas that was associated with the god Pan. People worshipping Pan at this waterfall dates back to the third century B.C., and a temple dedicated to Pan was completed there in about 20 B.C., according to The Times of Israel. Later, the area became a key center of early Christianity, and a Byzantine church was built over the Pan temple in about A.D. 400.

“This site would have had tremendous significance for Christians of the Byzantine era, who believed that this is where Jesus told Peter, ‘I give you the keys to the kingdom of Heaven,'” Erlich told The Jerusalem Post.

The excavation is part of a larger project to conserve archaeological sites located in areas protected by the Israel Nature and Parks Authority.