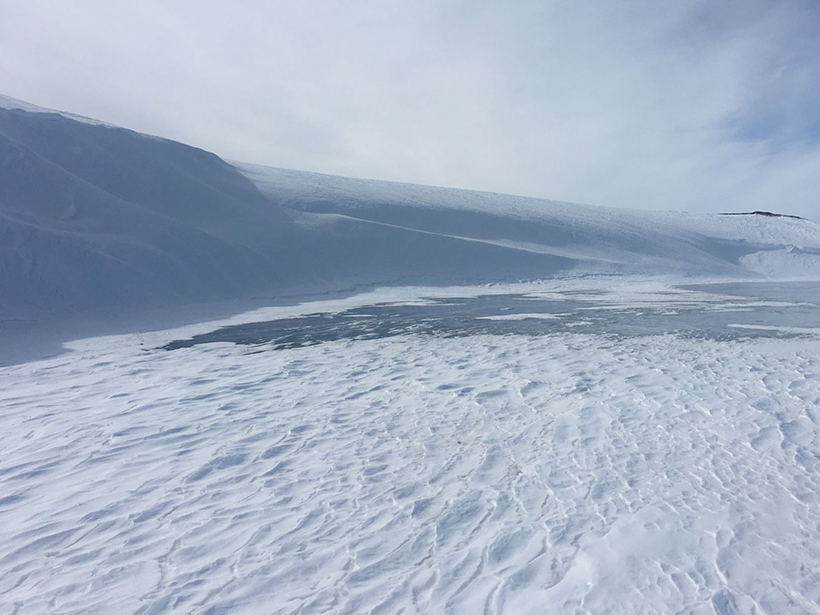 Snowdrifts are iconic features of frigid high-latitude landscapes. They are also important natural phenomena that dictate how fresh water flows through those landscapes once snows melt in the warmer months. Despite their importance, however, snowdrifts remain understudied.

In a new study, Parr et al. used a combination of lidar and structure-from-motion photogrammetry to chart snowdrift formation over 126 square kilometers of Alaskan tundra between 2012 and 2018. The term “drift” may imply a transient, shifting nature, but the new research describes snowdrifts as rather reliable phenomena, occurring in the same locations and configurations year after year during the study period. The researchers say the reason is largely because the drifts are a function of underlying topography, tending to accumulate along low points in the landscape that are protected from wind, such as along river cutbanks or lake edges,  in trenches and gullies, and near outcrops.

The results confirmed the outsized importance that snowdrifts have on a region’s hydrology. Drifts accounted for only 18% of the land area in the study region, but they contained 40% of the snow water equivalent. This disparity also highlights another finding of the study: that snowdrifts are almost always found concomitantly with scour regions—areas with lower than average snow coverage.

The scientists caution that even though the snowdrifts they observed showed remarkable consistency over the 6-year study period, they are still complex formations that depend on a host of variables subject to climate change. Rain-on-snow events, for example, which are predicted to increase in the region in the future, can cause icy crusts to form, preventing drifting entirely and dramatically altering the landscape. (Water Resources Research, https://doi.org/10.1029/2020WR027823, 2020)