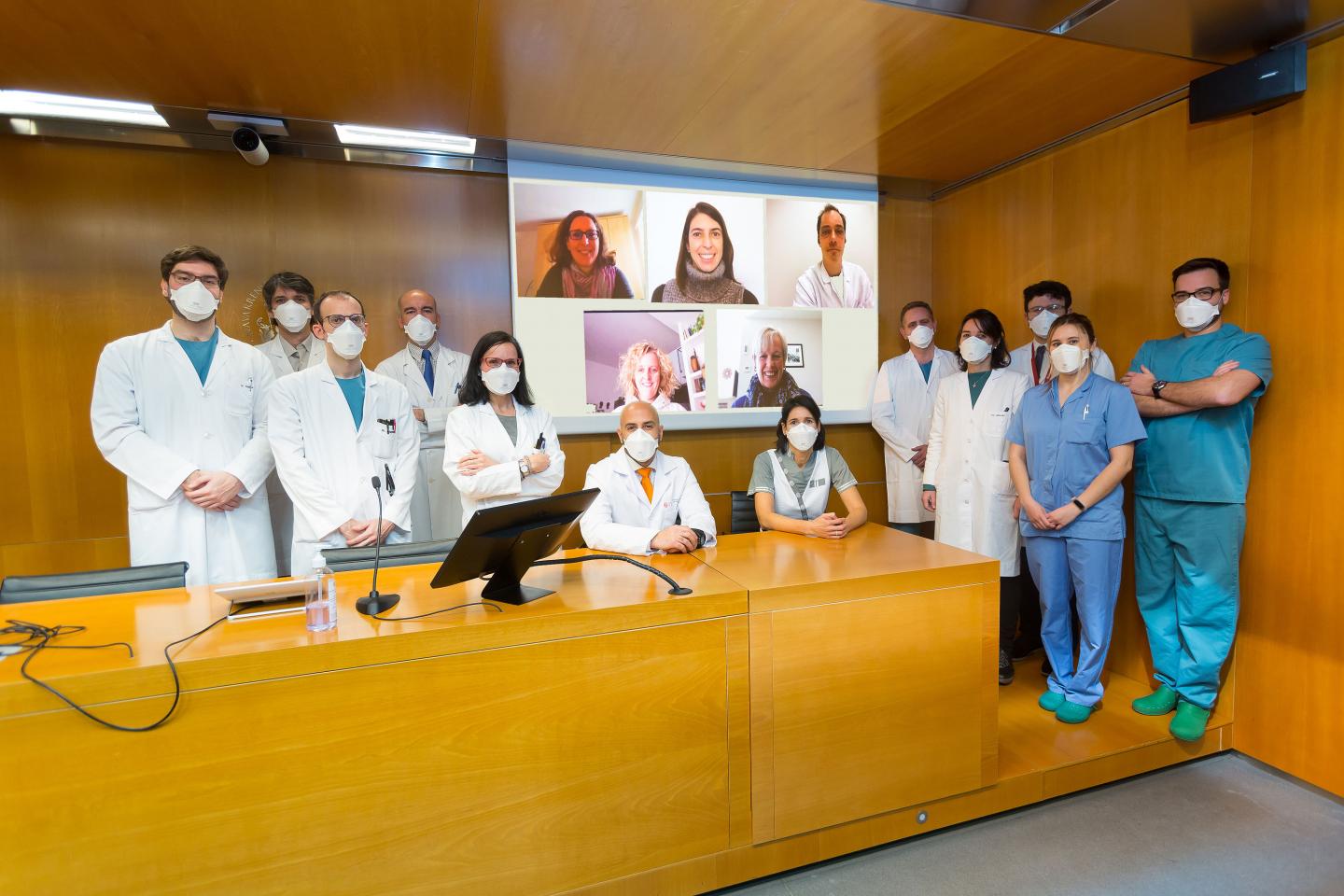 A small pilot study suggests that early administration of ivermectin can reduce viral loads and symptom duration in patients with mild COVID-19, which in turn could help reduce viral transmission. The study, which is part of the SAINT project and has been led by the University of Navarra Clinic and the Barcelona Institute for Global Health (ISGlobal), an institution supported by the “la Caixa” Foundation, warrants further exploration in larger clinical trials. The findings of the pilot study have been published in EClinicalMedicine, a clinical journal published by The Lancet.

We already have two approved COVID-19 vaccines in the European Union, but immunising enough people worldwide to stop viral spread will require at least two years. Meanwhile, finding drugs that can treat or prevent infections remains a priority. “Many efforts are focusing on developing treatments for COVID-19, but few are addressing how to reduce viral transmission,” affirms study coordinator Carlos Chaccour, researcher at ISGlobal and physician at the University of Navarra Clinic.

In this pilot study performed with patients from the Clinic and in facilities of the University of Navarra, Chaccour and his team evaluated whether the maximal dose of ivermectin recommended in Europe could have an impact on viral transmission when administered within the first days after symptom onset.

Ivermectin is an antiparasitic drug that has been shown to reduce SARS-CoV-2 replication in vitro (in cell lines), albeit at concentrations that exceed those recommended for human use. This, together with preliminary results from a trial in humans which used data of dubious origin and was never peer-reviewed, prompted the use of ivermectin in many Latin-American countries despite the lack of reliable evidence on its efficacy in treating or preventing infection.

The research team gave one single dose of ivermectin or placebo to 24 patients with confirmed infection and mild symptoms, within the first 72 hours after the first symptoms started. Nasal swabs and blood samples were taken at the moment of enrolment and 1, 2 and/or 3 weeks after treatment.

Seven days after treatments, no difference was observed in the percentage of PCR-positive patients (100% of patients were positive in both groups). However, the mean viral load in the ivermectin-treated group was lower (around 3x lower at 4 days and up to 18x lower at 7 days post-treatment), although the difference was not statistically significant. Treated patients also showed a reduced duration of certain symptoms (of 50% for loss of smell and taste and of 30% for cough). All patients developed virus-specific IgG but, again, the mean level of antibodies in the treated group was lower than in the placebo group. “This could be the result of a lower viral load in these patients,” explains Chaccour.

The fact that there was no effect on duration of symptoms or makers associated with inflammation suggests that ivermectin may act through mechanisms that do not involve a possible anti-inflammatory effect. The authors believe it could be interfering with viral entry in the cells, as suggested by another study performed in hamsters at the Pasteur Institute.

“Our findings are in line with those from recent assays conducted in Bangladesh and Argentina,” says Chaccour. “Although our study is small and it is too early to draw conclusions, the trends observed in viral loads, symptom duration and antibody levels are encouraging and warrant further exploration in larger clinical trials with a higher diversity of patients,” he adds.

The Barcelona Institute for Global Health, ISGlobal, is the fruit of an innovative alliance between the “la Caixa” Foundation and academic and government institutions to contribute to the efforts undertaken by the international community to address the challenges in global health. ISGlobal is a consolidated hub of excellence in research that has grown out of work first started in the world of health care by the Hospital Clínic and the Parc de Salut MAR and in the academic sphere by the University of Barcelona and Pompeu Fabra University. The pivotal mechanism of its work model is the transfer of knowledge generated by scientific research to practice, a task undertaken by the institute’s Education and Policy and Global Development departments. ISGlobal has been named a Severo Ochoa Centre of Excellence and is a member of the CERCA system of the Generalitat de Catalunya.

About the Clínica Universidad de Navarra

With over 2,800 professionals working exclusively at its headquarters in Pamplona and Madrid, the Clínica Universidad de Navarra is a leading research hospital in Spain in the sector of personalised medicine. A recognised institution for both its teaching and research work, the prestige of its professionals, and its trajectory in the diagnosis and treatment of highly complex pathologies, the Clínica Universidad de Navarra is a high resolution hospital characterised by its diagnostic speed owing to its multidisciplinary work and the acquisition of the latest technology to offer care in 46 different medical and surgical specialties.