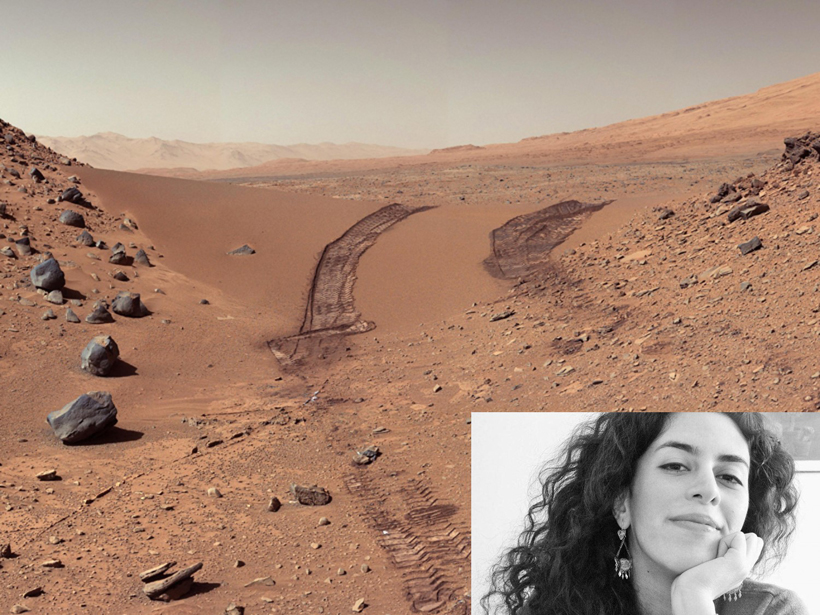 With the passing of a veteran scientist, we can afford ourselves the satisfaction of looking back upon a fruitful scientific career; one with a long record of success in expanding the boundaries of our collective knowledge. Losing a young colleague before they hit their stride is a double blow. We are left bereft of both the pleasure of their company and the scientific progress that their research might have brought.

Such is the case with Ms. Marzieh (“Mari”) Foroutan, a promising young graduate student from the University of Waterloo, Canada, who was forging her own path when it was tragically cut short. Mari was lost to us when the commercial airplane in which she was flying was shot from the sky above Iran on the 8 January 2020.

How can we honor a fallen colleague? I can think of few better ways than to see their last scientific works in progress through to completion. In so doing, we can help enshrine their contributions to our collective memory.

Dr. James (“Jim”) Zimbelman of the Smithsonian Institution, and the 2020 recipient of the G. K. Gilbert Award from the Planetary Geology Division of the Geological Society of America, has helped shepherd such an important contribution through the peer-review process. The resulting publication, Zimbelman and Foroutan [2020], published in the Journal of Geophysical Research: Planets, is a tribute to friendship, good mentorship, and frankly, the determination of both co-authors.

This paper grew out of Mari’s collaborative work on Transverse Aeolian Ridges on Earth and Mars, a subject that was separate from her PhD work. In other words, it was a labor of pure intellectual curiosity and serves as a fitting coda to an all-too-brief career.

The research article examines an aeolian bedform traversed by the Mars Science Laboratory Curiosity within a small valley named Dingo Gap. This bedform is an example of Transverse Aeolian Ridge or TAR. Although it lies at the small end of the morphologic size spectrum of such features, it still constitutes the largest bedform ever traversed by an extraterrestrial rover.

Given that the Mars Exploration Rover Opportunity became mired in a similar bedform for several weeks before managing to extricate itself (a bedform appropriately named “Purgatory”), there is no doubt that rover planners viewed the traverse of the Dingo Gap feature with some trepidation. Fortunately, Curiosity successfully transited over this bedform, and in the process was able to make detailed measurements of its morphology, surface texture, and internal structure. Rover observations indicate a bimodal grain size distribution, i.e., a mix of sand-sized particles armored with a layer of coarser particles, similar to coarse granule ripples or megaripples observed elsewhere on Mars and also on Earth, as measured by Mari and colleagues in the Lut Desert of Iran.

Jim composed a touching obituary for Mari that was published in the journal Planetary and Space Science; I would encourage all to read it. Let this serve as a testament to follow Jim’s example and always be kind to our colleagues, even those with whom we may occasionally disagree, for we know not the hour of our final parting.