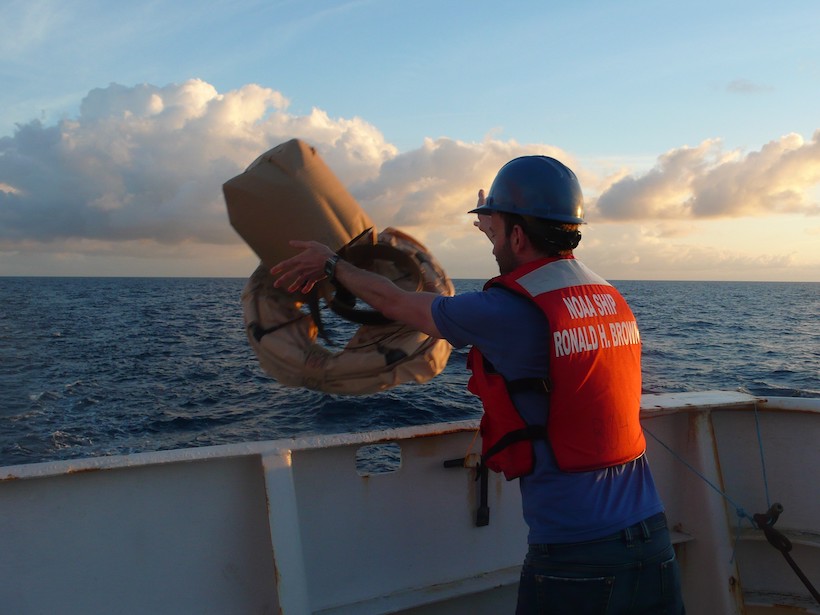 As climate warms, thermal expansion of seawater and meltwater from ice over land that flows into the ocean both cause sea level rise, potentially threatening coastal communities and fragile coastal ecosystems. Rising sea levels therefore provide a way to measure climate change. Both local and global predictions of this rise rely on accurate sea level measurements.

Elipot proposes a new way to track sea level rise: a worldwide system of roving, satellite-tracked buoys. NOAA already maintains the Global Drifter Program, a fleet of freely drifting buoys, or surface drifters, that record ocean currents and other information, such as sea surface temperatures. These drifters are tracked by GPS to determine their 3D position on the surface of the ocean, but they transmit only their longitude and latitude to researchers, not their altitude, which could be used to estimate sea level, as Elipot suggests.

To obtain meaningful regional and global sea level information, surface drifters would need to be equipped with standardized and relatively accurate GPS receivers. According to Elipot’s simulations, an individual drifter’s daily random vertical error of 1.6 meters would be accurate enough to lead to an error of only 0.3 millimeter per year for global mean sea level decadal trend estimates. As buoys in this program generally last less than a year, equipping new buoys to transmit altitude measurements as they are deployed would mean the drifter fleet could begin reporting sea level data within a few years.

Global mean sea level is currently tracked using coastal tide gauges and satellite radar altimeters. The new research suggests that surface drifters would provide similar accuracy while extending the measurement range around the entire planet, rather than only near coasts or within the limited latitudes covered by reference altimeter satellites. (Geophysical Research Letters, https://doi.org/10.1029/2020GL091078, 2020)