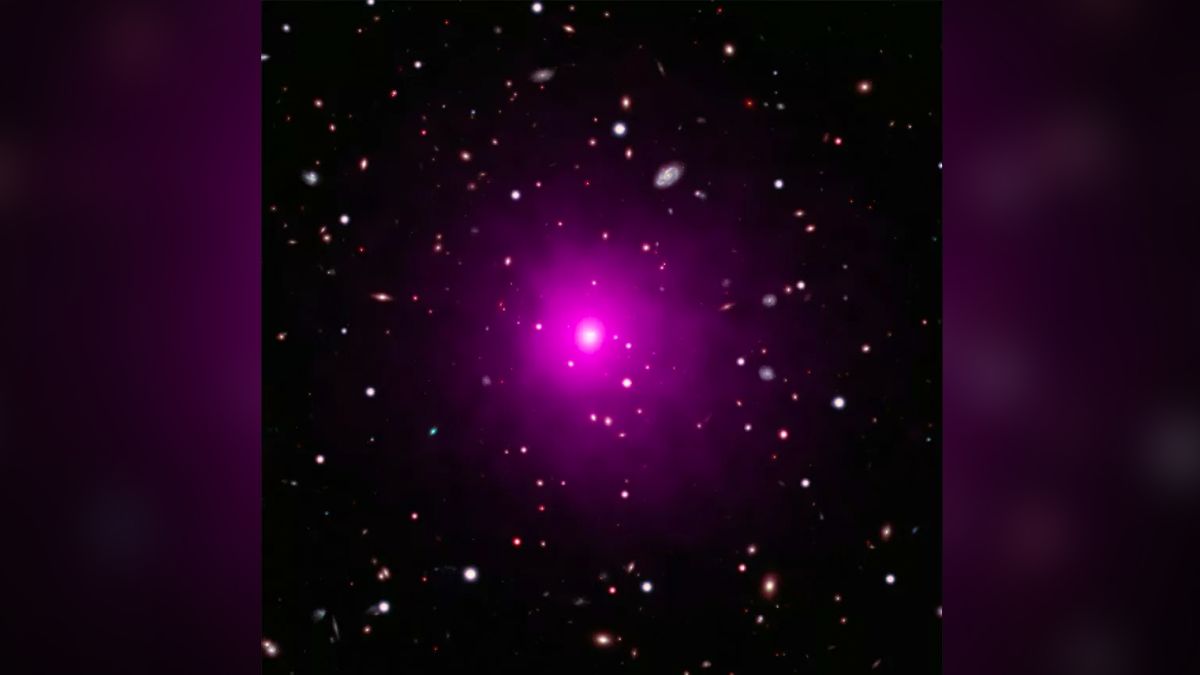 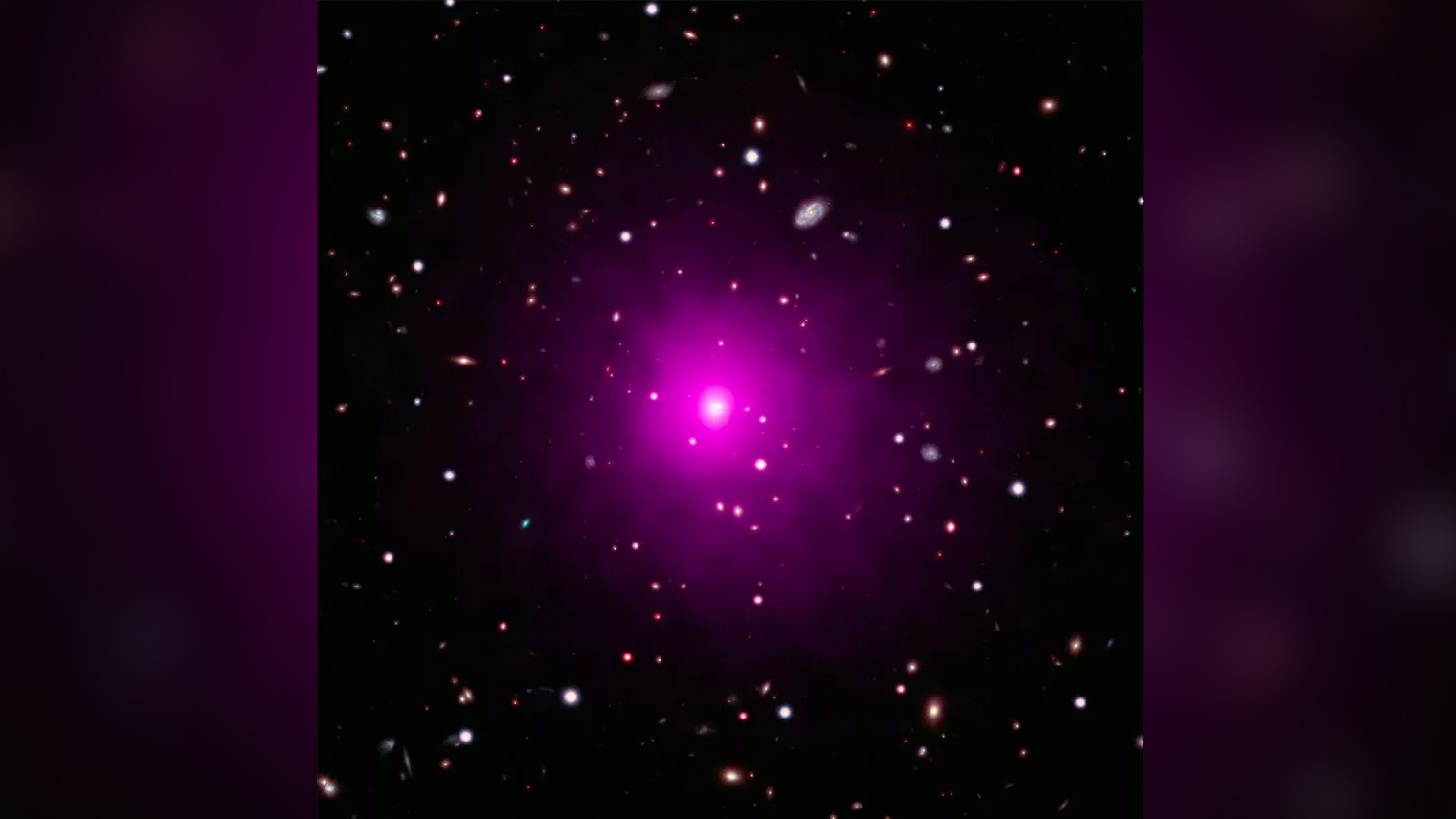 Supermassive black holes are thought to lurk at the hearts of most, if not all, galaxies. Our own Milky Way has one as massive as 4 million suns, for example, and M87’s — the only black hole ever imaged directly — tips the scales at a whopping 2.4 billion solar masses.

The big galaxy at the core of the cluster Abell 2261, which lies about 2.7 billion light-years from Earth, should have an even larger central black hole — a light-gobbling monster that weighs as much as 3 billion to 100 billion suns, astronomers estimate from the galaxy’s mass. But the exotic object has evaded detection so far.

For instance, researchers previously looked for X-rays streaming from the galaxy’s center, using data gathered by NASA’s Chandra X-ray Observatory in 1999 and 2004. X-rays are a potential black-hole signature: As material falls into a black hole’s maw, it accelerates and heats up tremendously, emitting lots of high-energy X-ray light. But that hunt turned up nothing.

Now, a new study has conducted an even deeper search for X-rays in the same galaxy, using Chandra observations from 2018. And this new effort didn’t just look in the galaxy’s center; it also considered the possibility that the black hole was knocked toward the hinterlands after a monster galactic merger.

When black holes and other massive objects collide, they throw off ripples in space-time known as gravitational waves. If the emitted waves aren’t symmetrical in all directions, they could end up pushing the merged supermassive black hole away from the center of the newly enlarged galaxy, scientists say.

Such “recoiling” black holes are purely hypothetical creatures; nobody has definitively spotted one to date. Indeed, “it is not known whether supermassive black holes even get close enough to each other to produce gravitational waves and merge; so far, astronomers have only verified the mergers of much smaller black holes,” NASA officials wrote in a statement about the new study.

Abell 2261’s central galaxy is a good place to hunt for such a unicorn, researchers said, for it bears several possible signs of a dramatic merger. For example, observations by the Hubble Space Telescope and ground-based Subaru Telescope show that its core, the region of highest star density, is much larger than expected for a galaxy of its size. And the densest stellar patch is about 2,000 light-years away from the galaxy’s center — “strikingly distant,” NASA officials wrote.

In the new study, a team led by Kayhan Gultekin from the University of Michigan found that the densest concentrations of hot gas were not in the galaxy’s central regions. But the Chandra data didn’t reveal any significant X-ray sources, either in the galactic core or in big clumps of stars farther afield. So the mystery of the missing supermassive black hole persists.

That mystery could be solved by Hubble’s successor — NASA’s big, powerful James Webb Space Telescope, which is scheduled to launch in October 2021.

If James Webb doesn’t spot a black hole in the galaxy’s heart or in one of its bigger stellar clumps, “then the best explanation is that the black hole has recoiled well out of the center of the galaxy,” NASA officials wrote.

The new study has been accepted for publication in a journal of the American Astronomical Society. You can read it for free at the online preprint site arXiv.org.