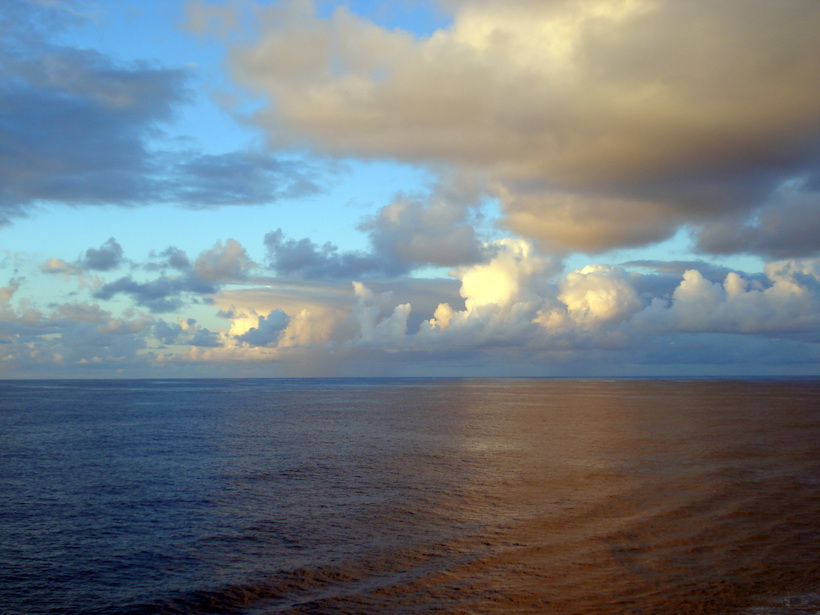 Risi et al. present a novel way to distinguish effects due to changes in large-scale atmospheric circulation from those resulting from increasing temperatures. The team used a state-of-the-art model that tracks water’s isotopic composition, the proportion of heavy to light molecules that indicates the relative abundance of deuterium, a heavy form of hydrogen. Differences in the mass and shape of deuterium-containing water molecules cause them to react differently than those without deuterium as they change phases. These variations leave behind telltale isotopic fingerprints, which can be used to trace water’s journey through the atmosphere—and track how moisture transport patterns are changing.

The authors used the high-resolution System for Atmospheric Modeling (SAM) to simulate deep-ocean convection and determine how moisture content and isotopic composition change within the tropical subcloud layer. This several-hundred-meter-thick region below the clouds in Earth’s tropics (30°N–30°S) is the main source of moisture for Earth’s atmosphere.

The research revealed that storm-generated air currents are important in determining the isotopic composition of water in this subcloud layer. In particular, storm updrafts, which typically originate in areas where water vapor is more enriched in deuterium and that tend to transport this heavier water upward, play a key role. The authors found that whereas warming sea surface temperatures increase the ratio of heavy to light water, strengthening the rate at which these winds import moisture decreases the isotopic ratio. In an accompanying commentary, Bailey writes that this varying response presents “a new framework for examining the complex mechanisms that regulate the development of tropical convection and clouds.”

The results suggest that the relative importance of the mechanisms controlling water vapor’s isotopic composition in the tropical subcloud layer can be quantified only when large-scale atmospheric circulation is taken into account. The findings offer a better understanding of hydrologic and atmospheric processes, clarifying how ice cores and other paleoclimate proxies can be used to interpret past moisture transport and improve general circulation models. They also indicate that targeted isotopic measurements may help sort out how tropical convection both shapes and reacts to Earth’s climate. (Journal of Advances in Modeling Earth Systems (JAMES), https://doi.org/10.1029/2020MS002106 and https://doi.org/10.1029/2020MS002249, 2020)