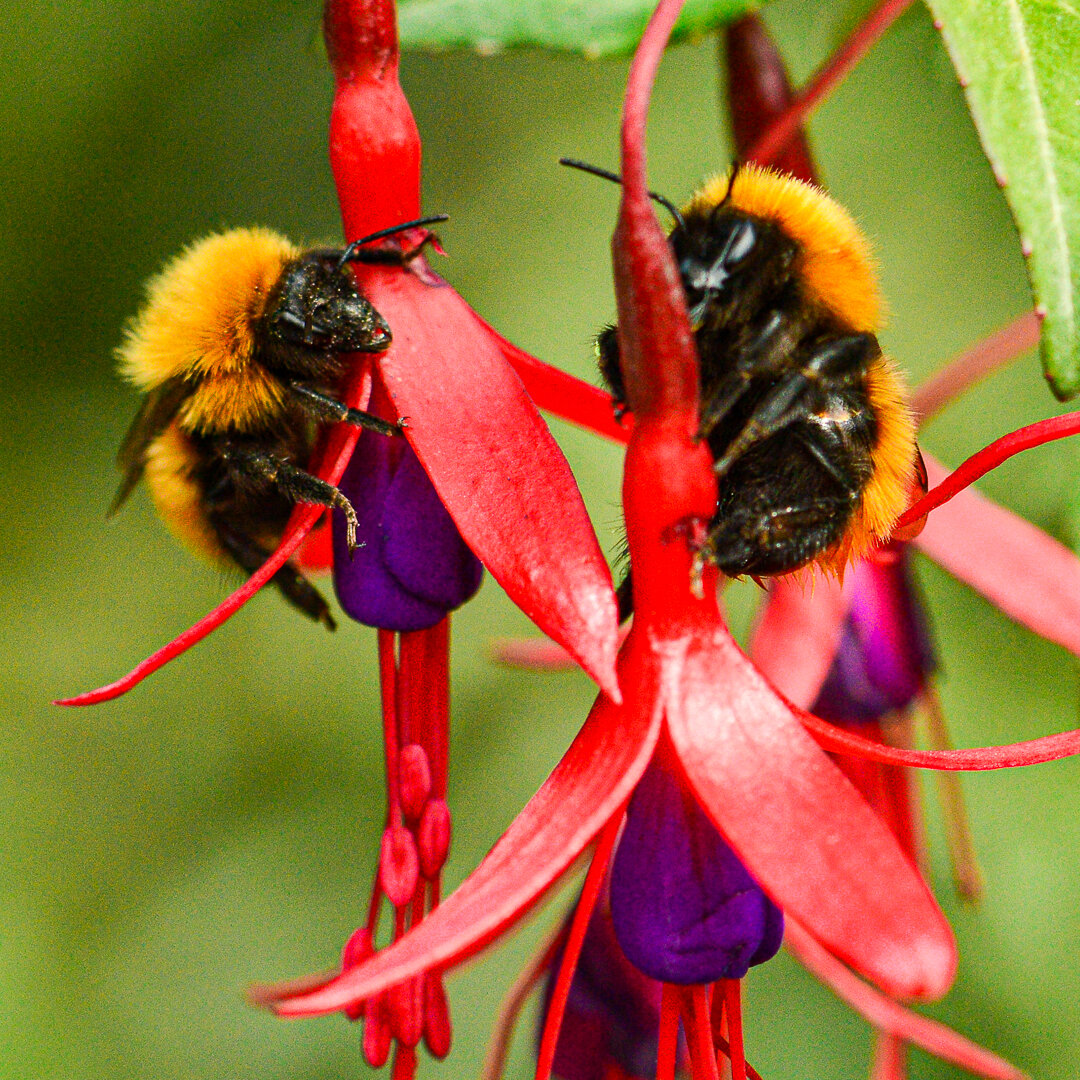 Researchers at the Consejo Nacional de Investigaciones Científicas y Técnicas (CONICET) in Argentina have found that, since the 1990s, up to 25% of reported bee species are no longer being reported in global records, despite a large increase in the number of records available. While this does not mean that these species are all extinct, it might indicate that these species have become rare enough that no one is observing them in nature. The findings appear January 22 in the journal One Earth.

“With citizen science and the ability to share data, records are going up exponentially, but the number of species reported in these records is going down,” says first author Eduardo Zattara, a biologist at the Pollination Ecology Group from the Institute for Research on Biodiversity and the Environment (CONICET-Universidad Nacional del Comahue). “It’s not a bee cataclysm yet, but what we can say is that wild bees are not exactly thriving.”

While there are many studies about declining bee populations, these are usually focused on a specific area or a specific type of bee. These researchers were interested in identifying more general, global trends in bee diversity.

“Figuring out which species are living where and how each population is doing using complex aggregated datasets can be very messy,” says Zattara. “We wanted to ask a simpler question: what species have been recorded, anywhere in the world, in a given period?”

To find their answer, the researchers dove into the Global Biodiversity Information Facility (GBIF), an international network of databases, which contains over three centuries’ worth of records from museums, universities, and private citizens, accounting for over 20,000 known bee species from around the world.

In addition to finding that a quarter of total bee species are no longer being recorded, the researchers observed that this decline is not evenly distributed among bee families. Records of halictid bees—the second most common family—have declined by 17% since the 1990s. Those for Melittidae—a much rarer family—have gone down by as much as 41%.

“It’s important to remember that ‘bee’ doesn’t just mean honeybees, even though honeybees are the most cultivated species,” says Zattara. “Our society’s footprint impacts wild bees as well, which provide ecosystem services we depend on.”

While this study provides a close look at the global status of bee diversity, it is too general an analysis to make any certain claims about the current status of individual species.

“It’s not really about how certain the numbers are here. It’s more about the trend,” says Zattara. “It’s about confirming what’s been shown to happen locally is going on globally. And also, about the fact that much better certainty will be achieved as more data are shared with public databases.”

However, the researchers warn that this type of certainty may not come until it is too late to reverse the decline. Worse still, it may not be possible at all.

“Something is happening to the bees, and something needs to be done. We cannot wait until we have absolute certainty because we rarely get there in natural sciences,” says Zattara. “The next step is prodding policymakers into action while we still have time. The bees cannot wait.”

Checklist of Pa. bees documents 49 new species and some that may be endangered