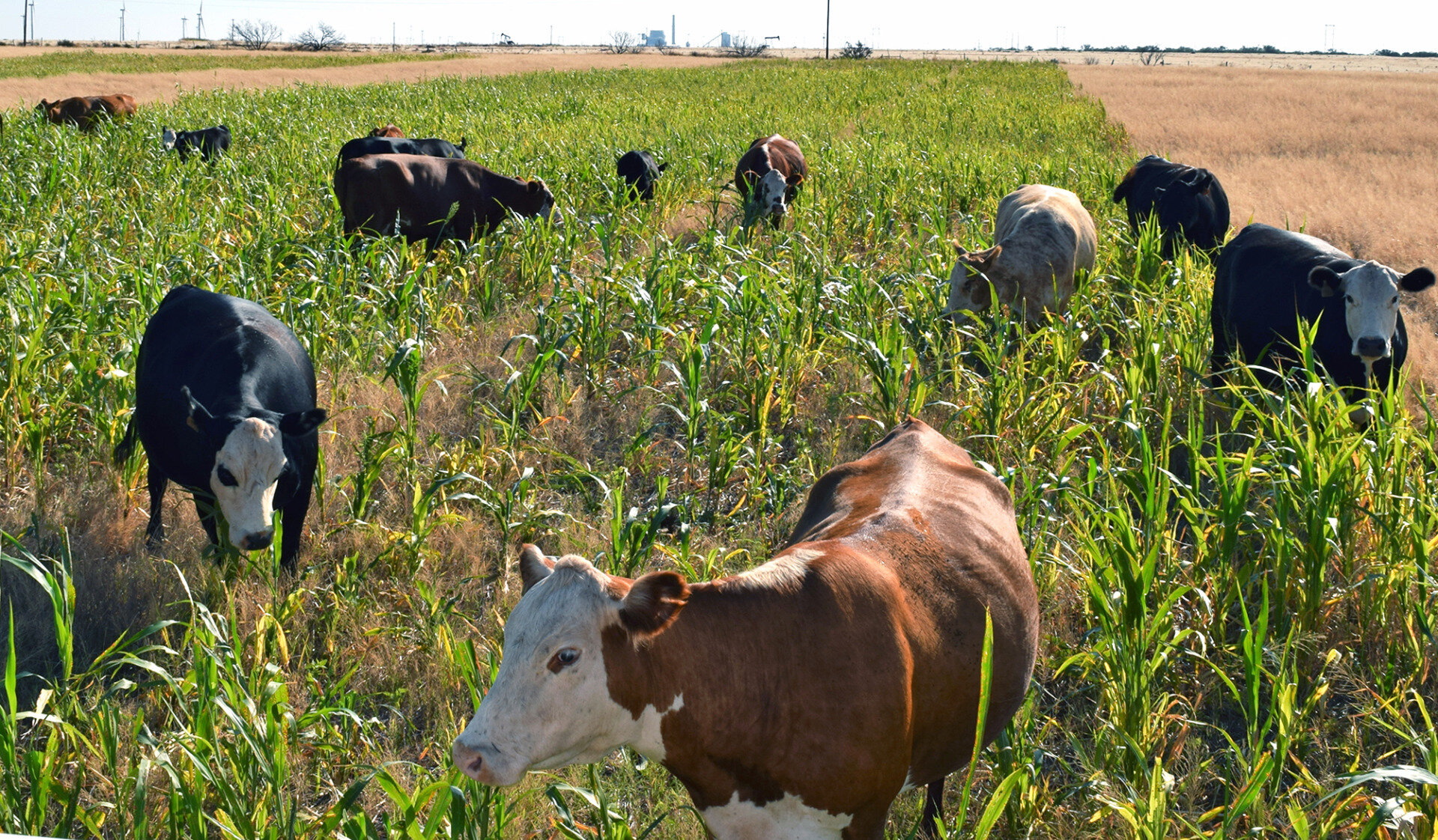 Growing dual-purpose wheat for both grazing and grain production is an important agricultural practice in the Southern Great Plains. But of late, more Texas Rolling Plains producers want to know if alternative systems to dual-purpose wheat, such as grazing cover crops, can bring additional value.

Cover crops are grown for a specific duration in the cropping offseason and then terminated and left in the field to protect against soil erosion and to recycle nutrients in the soil, said Paul DeLaune, Texas A&M AgriLife Research environmental soil scientist, Vernon. They protect the soil surface and provide residues to potentially improve soil structure, reduce compaction and increase soil organic matter, which help reduce soil erodibility, increase water infiltration and improve soil water-holding capacity.

The benefits of using cover crops are documented, but their overall adoption in Texas remains low, DeLaune said.

However, his latest research results show that producers might get the best results by combining cover crops and conservation tillage—and adding grazing to the mix.

The major concern surrounding cover crops is soil water use and return on investment, DeLaune said. In most cases, cover crops are terminated and standing residue remains in the field. The question is, “Are we getting back enough soil health benefits, and can we hay or graze the biomass and still receive those soil health benefits?”

Rolling Plains crop production is primarily cotton and wheat. DeLaune has evaluated only multi-species mixed cover crops for grazing purposes thus far on these two crops since this is typically the requirement to meet available cost share programs as well as adding a diversity of forage that could potentially alleviate some concerns with grazing a single species.

Warm-season mixes have consisted of grasses such as pearl and/or foxtail millet, forage sorghum or sorghum-sudangrass, and broadleaf crops such as forage cowpeas, mung beans, guar and sunn hemp. Cool-season mixes consist of small grains such as rye, wheat, oats and triticale with winter peas, vetch, brassicas and clovers.

“The newest interest we are hearing about from producers includes the possibility of grazing those cover crops to recoup costs associated with their planting while maintaining soil function goals,” DeLaune said.

Economic evaluations conducted in his latest study by post-doctoral research associate Yubing Fan, Ph.D., Vernon, indicated that grazing summer cover crops could increase net return by as much as $38-$44 per acre compared to non-grazed cover crops.

“So, we can recover some of the cost by implementing some grazing of these cover crops, without impacting the positive soil effects that they bring below the surface,” DeLaune said.

DeLaune is researching the integration of cover crops and livestock into cotton-wheat rotation systems, including grazing after cotton harvest.

“What we want to focus on going forward is how much residue can we remove and still see benefits to the overall soil health and soil function and how aggressively can we graze these cover crops,” he said.

DeLaune said he initially evaluated flash or rotational grazing of warm-season cover crops in continuous wheat systems. The three-year study found that flash grazing cover crops did not affect soil physical, chemical and biological properties compared to no-till without a cover crop or with a cover crop that was not grazed.

While good biomass was produced, about 45-65% of the standing forage was removed with that short grazing period. However, if there was a rain event after the cover crop termination and wheat planting, his research showed the soil moisture was almost equivalent to those plots without cover crops.

In another study, removing cover crop biomass as a hay crop did not negatively affect soil microbial biomass compared to terminating the cover crop earlier in the season and leaving the residue in the field. This showed the potential benefits of a longer growing season and subsequent microbial activity in the root zone.

“Also, we discovered that when we had a rainfall event, we captured more of the water in the soil with no-till and cover crops,” DeLaune said. “We also did some rainfall simulations and there was no difference between water infiltration and runoff on no-till and no-till with cover crops and grazed cover crops. Conventional tillage was clearly detrimental in these regards compared to any of the evaluated no-till systems.”