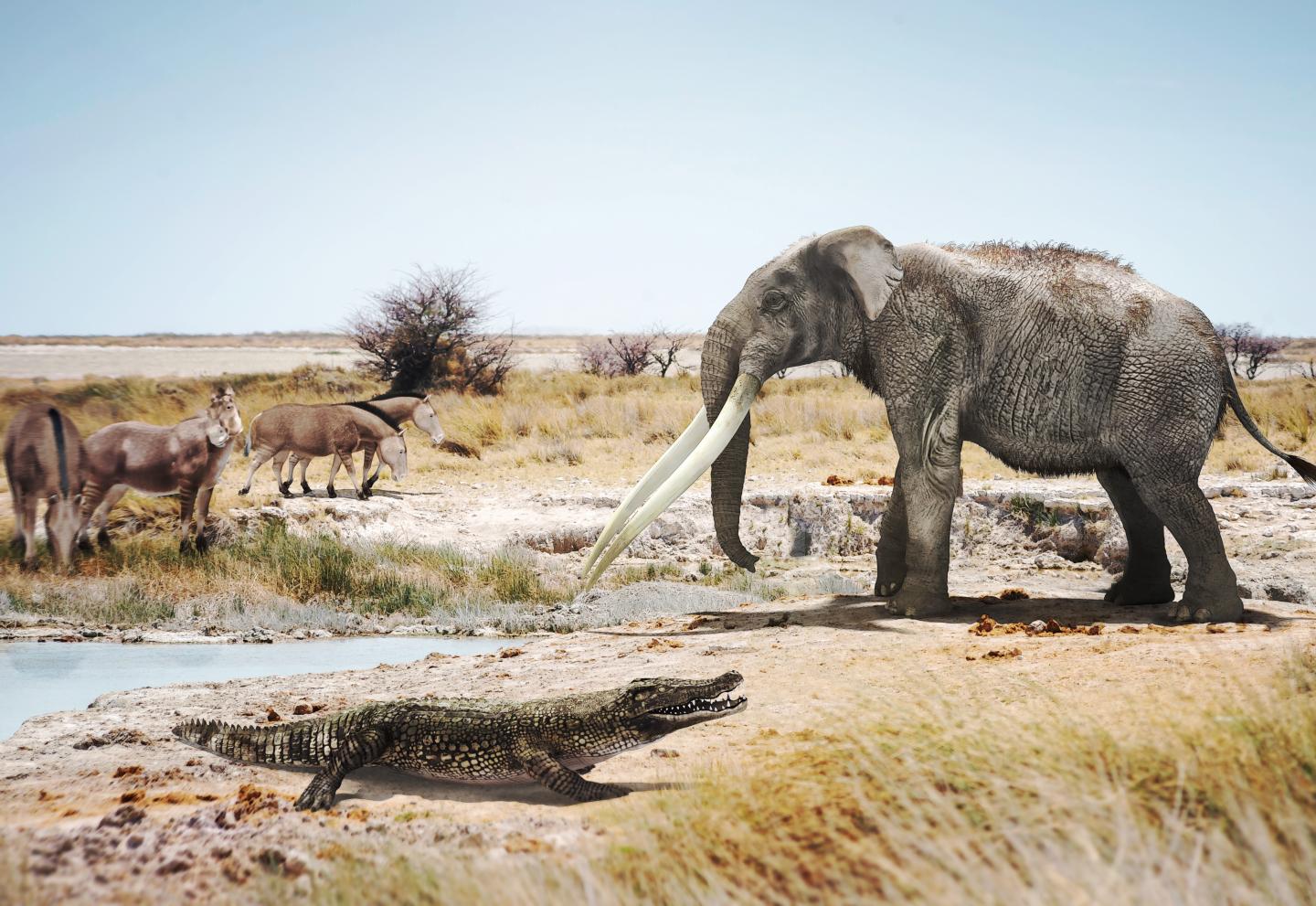 Millions of years ago, several species of crocodiles of different genera and characteristics inhabited Europe and sometimes even coexisted. But among all these species, it was thought unlikely that crocodiles of the genus Crocodylus, of African origin, had ever lived in the Mediterranean basin. The remains found in the Italian regions of Gargano, Tuscany and Scontrone over the last few decades confirm that they did.

Now, a study published in the Journal of Paleontology corroborates this with the fossils of two crocodiles measuring about three metres in length that were discovered in the Valencian Venta del Moro site -excavated by researchers from the University of Valencia between 1995 and 2006-, and which were ascribed at the time to the Crocodylus checchiai species . This new work describes the remains more than 14 years after they were found for the first time.

“Our comparisons indicate that this material clearly does not belong to the Diplocynodon genera -an extinct genus of alligatoroid, similar to today’s caimans- or Tomistoma -similar to gavials-, the only other two crocodilians described so far for the late European Miocene,” as Ángel Hernández Luján, a palaeontologist at the Miquel Crusafont Catalan Institute of Palaeontology (ICP) and co-author of the work, has explained to Sinc.

However, as the remains are too fragmented, an analysis of the cranial bones, isolated teeth and osteoderms (bone plaque on the skin) suggests that they could belong to the C. checchiai species, as assigned at the time of their discovery, but their taxonomy is still not completely clear and hinders a more precise specific identification. In any case, “the morphology of the Venta del Moro crocodile remains is congruent with the Crocodylus genus,” the researcher states.

Swimming from Africa to Europe

The fossil remains of this Valencian site, which are the first Crocodylus in the Iberian Peninsula, “unequivocally” support the non-occasional dispersion of this genus from Africa to Europe during the late Miocene, according to palaeontologists. The discovery of two partial individuals, instead of just one, could indicate that a whole population was present in this area.

During their “colonisation”, these reptiles spread more significantly in the southern areas of Mediterranean Europe, as suggested by the Italian and Spanish areas where the fossils have been found. “All European localities with late Miocene crocodilians, including Venta del Moro, were at that time close to the northern Mediterranean coast and therefore easily accessible thanks to specimens that became scattered in the seawater,” the authors stress in the study.

“What is most certain is that it would have also inhabited the coasts of Murcia and Andalusia, although we cannot rule out that it would also have become dispersed along the coast of Catalonia and the Balearic Islands,” Hernández Luján has pointed out to SINC. But how could they have got there from the African coasts?

The researchers’ hypothesis is that these crocodiles swam from one continent to another in the sea before a land connection was established between Africa and Europe. This idea would be supported by the behaviour of modern crocodiles, which are good swimmers and can even reach 32 km/h in the water.

An example of this is the current saltwater crocodile (Crocodylus porosus), which can make significant forays into the open sea to colonise other islands or other continents between Oceania and South-East Asia. “You only have to look at how easily it moves in the open sea to be seen in the waters of the Solomon Islands or even in French Polynesia,” says the palaeontologist.

But there are more examples that reinforce this hypothesis. Because of its anatomical similarity to American crocodiles, the extinct species Crocodylus checchiai, which originated in Libya and Kenya, could well be its ancestor. This suggests that crocodiles were able to cross the Atlantic Ocean during the Miocene, which would explain the appearance of the genus in America.

Therefore, in the case of the specimens found in Venta del Moro, swimming from the African to the European continent “must not have meant a great effort for them before they reached the Peninsula,” the researcher concludes.