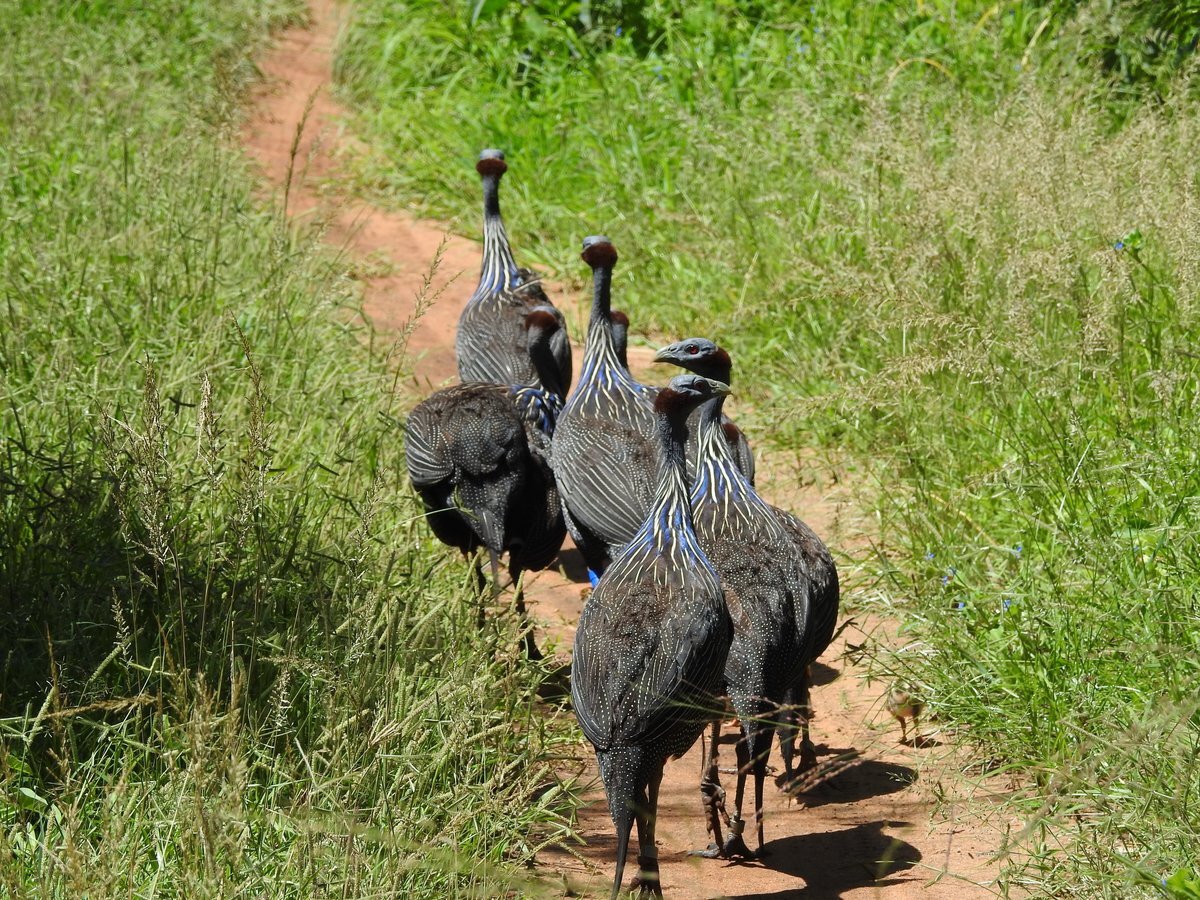 Many animal groups decide where to go by a process similar to voting, allowing not only alphas to decide where the group goes next but giving equal say to all group members. But, for many species that live in stable groups—such as in primates and birds—the dominant, or alpha, group members often monopolize resources, such as the richest food patches and access to mates. Scientists at the Max Planck Institute of Animal Behavior and the Cluster of Excellence Centre for the Advanced Study of Collective Behavior at the University of Konstanz have studied the links between dominance and group decision-making in wild vulturine guineafowl. They report that democratic decision-making plays an essential role in mitigating the power of alphas by deciding where to move next if those alphas are monopolizing resources.

Vulturine guineafowl are large birds native to savannahs of East Africa. They are the first bird species to have been reported to live in a multilevel society where social groups comprising from 15 to more than 60 individuals interact preferentially with other social groups. Within these large groups, there is a clear dominance hierarchy. Like in wolves and primates, the dominant, or alpha, group members can outcompete other group members and exclude them from food.

While it had long been thought that alphas lead the way and decide where the group moves next, studies over the past decade have suggested that all group members can have equal say by ‘voting’ for where the group goes next. However, it has remained to be determined whether this form of democratic decision-making exists in order to keep the power of dominants in check. “Working together as a group is critical for these birds, as their bright plumage makes isolated individuals easy targets for predators such as leopards and martial eagles,” says Damien Farine, the senior author of the study and lead research on the vulturine guineafowl project.

The scientists found that who initiated, and therefore decided where the group moved to next, was dependent on the recent actions of the dominant group members. When groups were feeding in large spacious areas, where distributed food was equally accessible to everyone, then all group members contributed equally. However, when dominant individuals monopolized a particularly rich food patch—chasing other group members out—then the excluded subordinates combined their votes to move the group away from the patch, ultimately forcing the dominants to abandon their rich resources. These findings suggest democratic decision-making, as opposed to despotic leadership, has evolved so that all group members can obtain the resources (e.g. food and water) that they need to survive. This would not be possible if dominant individuals always decided what was best for themselve.

The researchers combined observations on foot, video tracking, and high-resolution GPS tracking across multiple groups of vulturine guineafowl, spanning several years. They first recorded all disputes between individuals birds to assign each animal a rank in the dominance hierarchy. They used an evaluation procedure common in chess, football, and table tennis used to assess players ranks based on who they lost and won matches against. The scientists also monitored which bird initiated departures from and to new feeding sites, and the order of individuals following from first to last.

Having worked with baboons that inhabit the same savannah habitats, Damien Farine previously found that individuals can ‘vote with their feet’ by moving away from the group in their preferred direction. His previous study, conducted as part of a team of researchers now all based at the Max Planck Institute of Animal Behavior and the Centre for the Advanced Study of Collective Behavior, found that when these individuals reach a majority, the rest of the group follows in that direction.

The current study on guineafowl suggests that democratic decisions about group movements are a critical piece of the puzzle that allows groups to remain cohesive despite the large inequalities in access to resources among individuals. By being able to initiate and make the group move away from monopolized resources, democratic decision-making allows subordinates to take back control when too much power is lost to dominants. They can even force higher-ranking animals to leave a feeding site that is best for them. “We were very excited when we first noticed that subordinates were leading their group after having lost access to resources, and we nicknamed this the ‘losers lead mechanism'”, says Danai Papageorgiou, doctoral researcher at the Max Planck Institute of Animal Behavior and leading researcher of the study. “Our findings highlight how collectives can react to rising social inequality. Democratic decision-making is critical for maintaining a balance of power in societies where functioning as a group is critical to survival,” Papageorgiou adds

Group size and makeup affect how social birds move together

Citation:
Alpha animals must bow to the majority when they abuse their power (2020, November 27)
retrieved 27 November 2020
from https://phys.org/news/2020-11-alpha-animals-majority-abuse-power.html