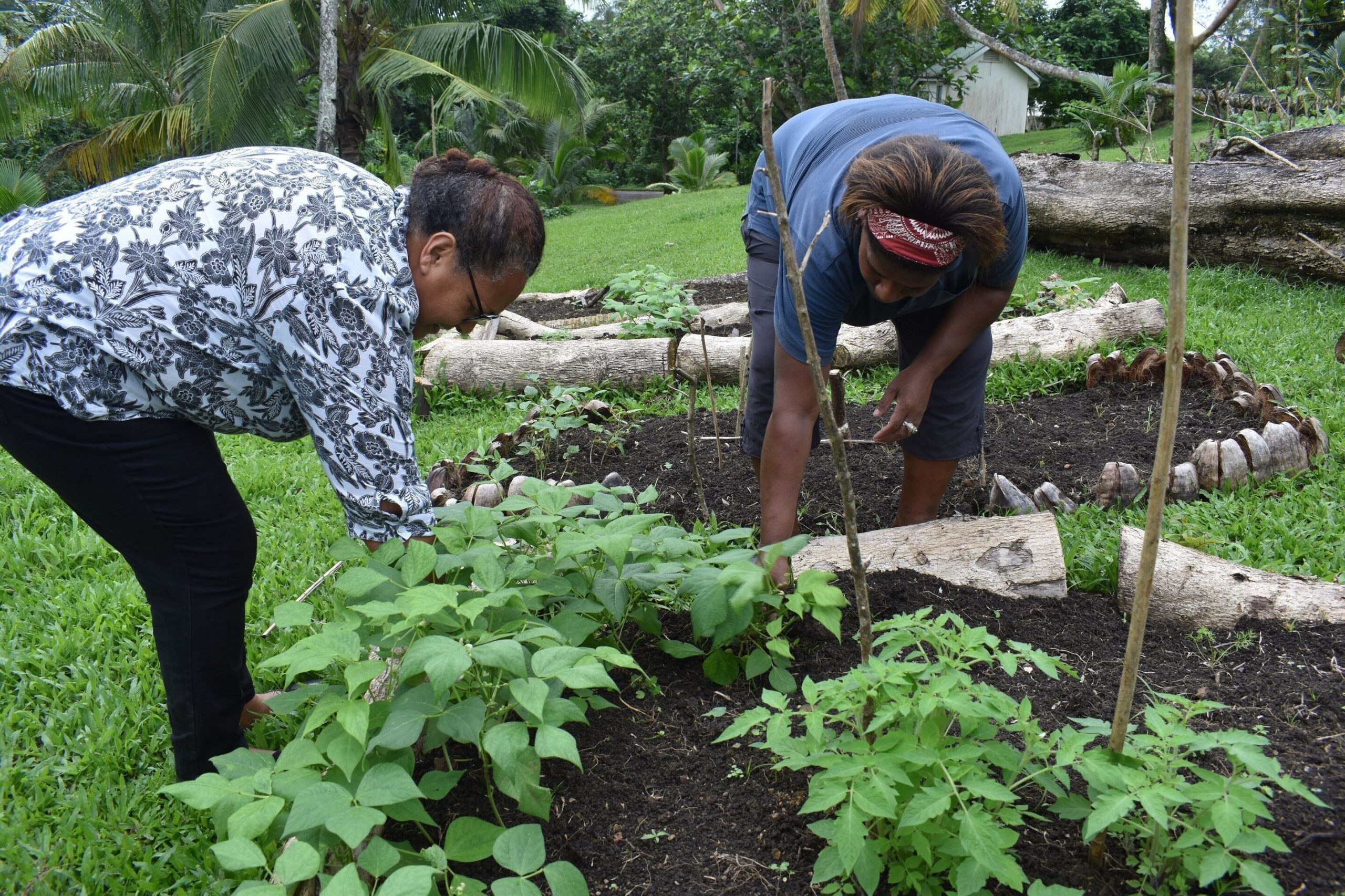 Coronavirus infections have barely touched many of the remote islands of the Pacific, but the pandemic’s fallout has been enormous, disrupting the supply chain that brings crucial food imports and sending prices soaring as tourism wanes.

“We initially started with 5,000 seeds and thought we would finish them in nine months’ time. But there was a very big response, and we finished distributing the seeds in one week,” said Vinesh Kumar, head of operation for Fiji’s Agriculture Ministry.

The project provides residents with vegetable seeds, saplings and basic farming equipment to help them grow their own home gardens.

Fiji resident Elisabeta Waqa said she had contemplated starting a garden before the pandemic, but—with no job, extra time at home and seeds from the ministry and friends—finally took action.

Looking to have “zero financial investment,” Waqa collected buckets, crates and other potential planters discarded on the side of the road and in the trash. Soon her yard transformed into containers of green beans, cucumber, cabbage and other produce.

“When I started harvesting about two, three weeks later, that’s when I realized: My gosh, this is a hobby people have had for so long. I thought about just how much money I could save my doing this,” Waqa said.

Geographically isolated with limited arable land and increased urbanization, many of the Pacific island countries and territories have seen their populations shift from traditional agriculture-based work to tourism. The trend has created an increased reliance on imported food such as corned beef, noodles and other highly processed foods instead of the traditional diet of locally grown items like nutrient-rich yams and taro.

Eriko Hibi, director of the Food and Agriculture Organization of the United Nations Liaison Office in Japan, called the shift a “triple burden” of health issues: undernutrition, micronutrient deficiencies and obesity.

When the pandemic hit, nearly all the countries in the region closed their borders. Shipping supply chains—including fertilizer for farms and food—were disrupted, causing prices to rise. In Suva, Fiji, the cost of some fresh fruits and vegetables rose by up to 75% during the first weeks.

At same time, tourism—which Hibi said accounts for up to 70% of some countries’ gross domestic product—came to a halt, leaving thousands unemployed with decreased access to food.

“It’s not just about the availability of the prices in the market but also the purchasing power of the consumers, which has gone down,” Hibi said.

In Tuvalu, the government held workshops teaching youth indigenous food production methods such as taro planting and sap collection from coconut trees. In Fiji, the government extended fishing season of coral trout and grouper that could be sold for income or used as food. Numerous governments encouraged residents to move back to rural areas that had stronger independent food resources.

Tevita Ratucadre and his wife moved back to a rural village in Fiji to save on rent and food costs after being laid off from the hotel where they worked because of COVID-19.

In the city, “you have to buy everything with money, even if you have to put food on the table,” Ratucadre said. “In the village you can grow your own things.”

Having watched his parents farm when he was a child, Ratucadre said he was able to remember how to plant and grow cassava stems from a neighbor. He now grows enough food for his family, he said.

“When I used to work, I used to buy whatever I wanted to eat when I’d go to the supermarket,” he said. “Now I have to plant and eat whatever I’ve planted.”

Mervyn Piesse, a research manager at Australian-based research institute Future Directions International, said it was too early to know what the potential health benefits could be but regional diets might shift away from imports to more fresh food, even after the pandemic.

“There is, I think, a movement in parts of the Pacific for people to actually start thinking about, ‘If we can grow food ourselves during a global pandemic, why can’t we do the same thing at normal times?'” Piesse said.

Waqa said she has already made up her mind—though she’s begun working again, she’s taught her older children how to take care of the garden and harvest produce while she’s gone.

“Now I save money on food, know where my food is coming from and just feel more secure about having food,” she said. “I don’t want to go back to the way things were before.”