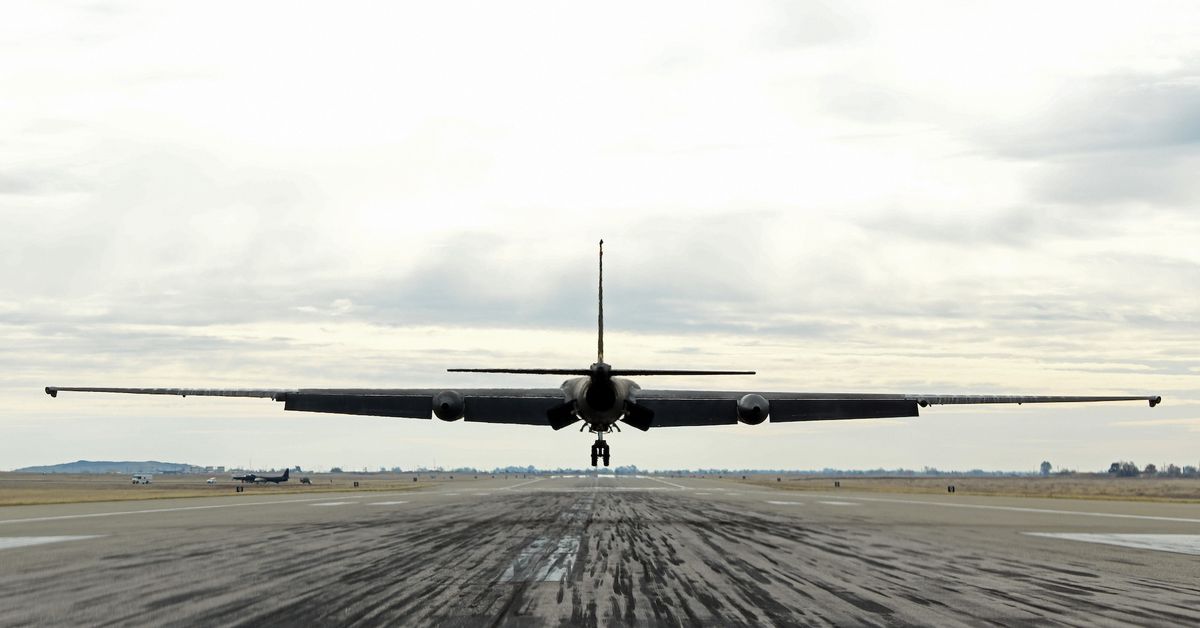 The Air Force pilot on this U-2 mission goes by the call sign “Vudu.” (Luis A. Ruiz-Vazquez / U.S. Air Force/)

The United States Air Force just hit a major milestone involving the intersection of artificial intelligence and human-controlled flight. A mission yesterday with a U-2 spy plane out of California saw an onboard AI system working together with a pilot.

The Air Force said in a statement that this partnership represents the very first moment that AI has served as “a working aircrew member onboard a military aircraft.”

The AI system, which the Air Force calls ARTUµ, handled the operation of a sensor, while the pilot did other duties. “During this flight, ARTUµ was responsible for sensor employment and tactical navigation, while the pilot flew the aircraft and coordinated with the AI on sensor operation,” the Air Force said. The military notes that the AI that controlled the sensor had trained by learning from data that represented more than 500,000 “simulated training iterations.” Its goal was to look for missile launchers using the radar.

“For the most part, I was still very much the pilot in command,” the aviator, whose call sign is Vudu, said to the Washington Post.

U-2 spy planes are known as complex crafts to fly—the aviators within them must wear spacesuits—and if the AI performed well, it would mean that a busy pilot would have fewer tasks to do while operating the high-altitude, intelligence-gathering aircraft.

“The missions are reconnaissance-based,” one U-2 pilot said during an Air Force event last year that PopSci attended. “If you think about the hot spots on the globe—right now we’re focusing on big players like China, and Russia, Iran, North Korea—there’s probably a U-2 flying somewhere in those areas right now, taking a look at what’s going on.” In the future, the humans flying those missions, and others, could be aided by AI.

U-2 spy planes are known for being hard to land—they have landing gear in a “bicycle” configuration as opposed to the more-stable “tricycle” setup that commercial jets do. (Luis A. Ruiz-Vazquez / U.S. Air Force/)

Dig into other Air Force programs and you’ll find more ways in which the organization is exploring the idea of humans and machines collaborating. Another involves unmanned flying hardware. The idea in that case is that a drone, or drones, could accompany an advanced fighter jet like an F-35 operated by a human pilot, and carry out tasks such as dogfighting or zipping ahead and striking targets.

The Air Force is pushing that idea forward by contracting with three companies, it announced late last week. Those aircraft-makers are tasked with making pilotless craft that have, according to an Air Force statement, “the ability to fly in experimentation events while teaming with manned aircraft.” In general, the idea is that the uncrewed planes may be able to do things that crewed ones cannot, and could augment their crewed companions. They could perhaps react faster in a conflict, and the military would presumably rather lose an uncrewed, less expensive aircraft than one that costs on the order of $80 million and has a person on board.

The contracts, which come under a program called Skyborg, total around $79.8 million and go to three aerospace companies: Boeing, Kratos Unmanned Aerial Systems, and General Atomics Aeronautical Systems. The Air Force says that the “experimentation events” they have planned could occur starting in July, 2021.

This work is not starting from scratch. Boeing, for its part, has been developing a fighter jet drone it calls the Loyal Wingman. Built in Australia, the 38-foot long craft is designed to take off and land from a regular runway, and boasts a modular nose that ground crews could change depending on the mission.

Then there’s the aircraft from Kratos, which uses a rail system to take off from the ground. The plane is known as the XQ-58A, or Valkyrie. Its first flight was in 2019.

While these contracts involve hardware and tests planned for next year, another Pentagon department has already been exploring how software can perform in a dogfight. In August, DARPA hosted an event that saw different algorithms compete with one another in simulated fights. The winner of that contest was a company called Heron Systems, and its agent went on to decisively beat a human pilot in a simulated fight. The pilot later commented that he thought that that kind of tech was capable of both thinking and reacting faster than a person.

Humans in fighter jets must contend with intense physical forces, pulling as many as 9 Gs when they execute maneuvers like a sharp, hard turn. A fighter jet drone that’s accompanying a manned fighter doesn’t have that kind of precious, biological cargo on board, though, so hypothetically its performance would be disconnected from the limits of a human body. The person, on the other hand, may be flying up there with drones like these, making manager-like decisions in the battle-space.