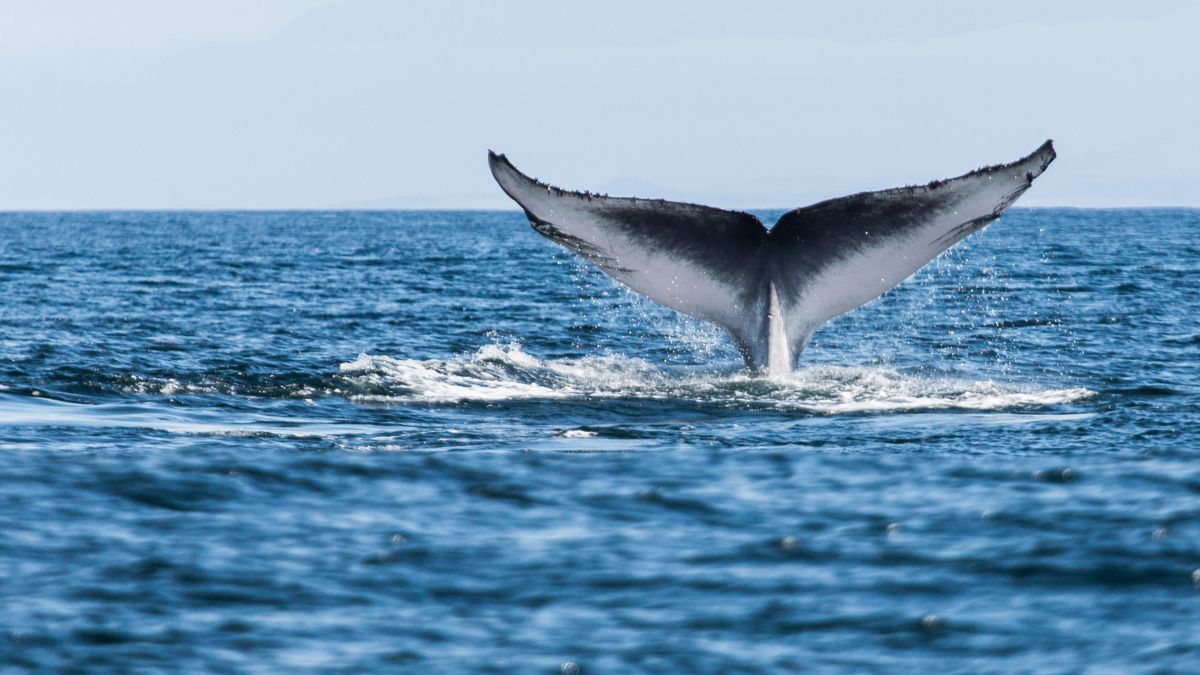 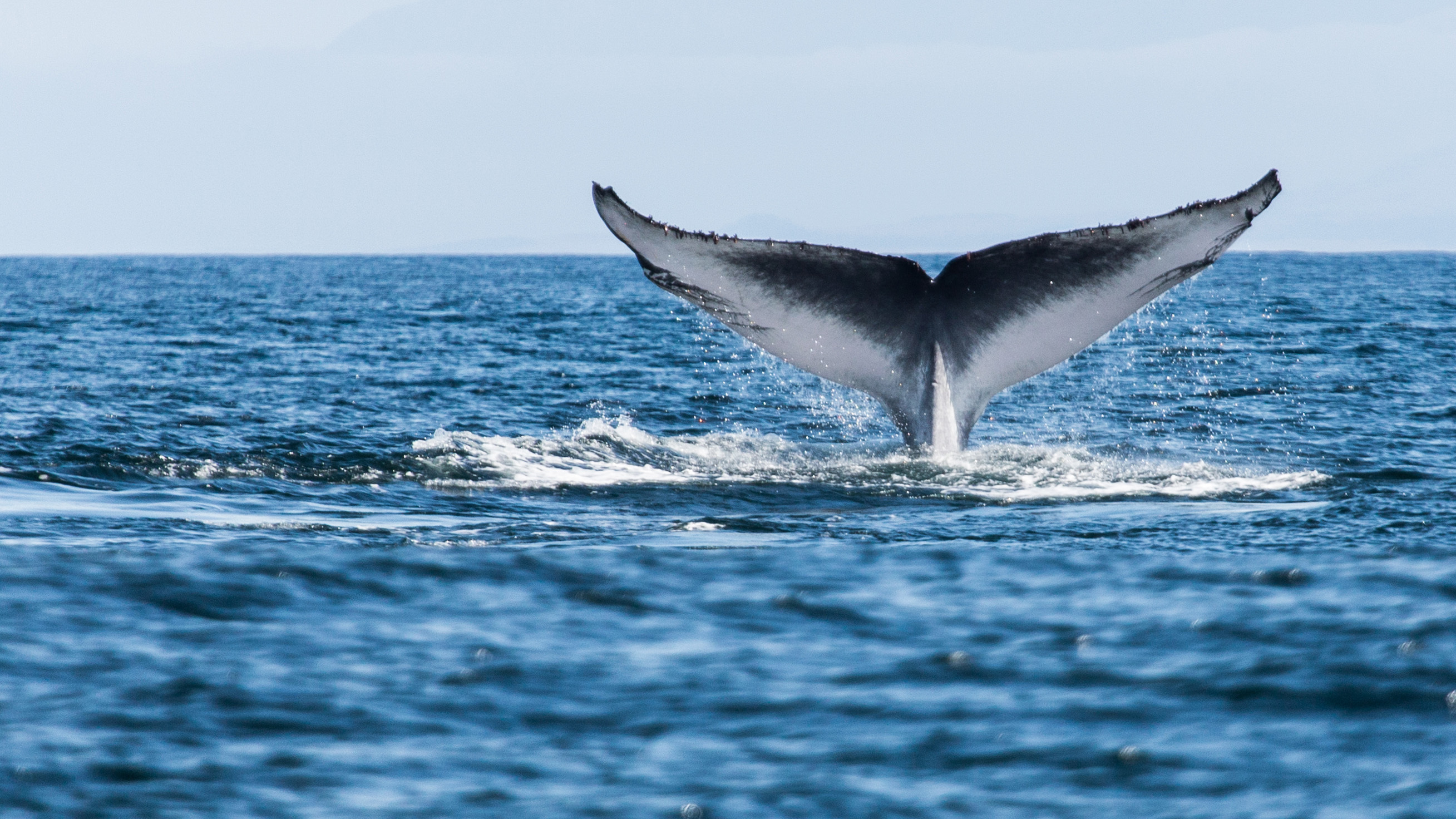 The critically-endangered blue whale — the largest animal known to have ever existed — has returned to the waters near the remote island of South Georgia near Antarctica, almost 100 years after the mega-mammal was nearly made extinct by industrial whaling.

Researchers say a recent survey of the waters around the sub-Antarctic island — a center for industrial whaling until it was banned in the 1960s — recorded dozens of blue whales where only a single whale had been seen between 1998 and 2018.

“We’ve had indications in previous years that there might be more blue whales starting to come back to South Georgia,” marine mammal ecologist Susannah Calderan told Live Science. “But we were very favorably surprised by quite how many we did see this year.”

Related: 15 of the largest animals of their kind

Calderan, a research fellow at the Scottish Association for Marine Science (SAMS), is the lead author of a study into the resurgence of blue whales near South Georgia published Thursday (Nov. 19) in the journal Endangered Species Research.

In January and February this year, she was on board the New Zealand research ship Braveheart for an expedition into the waters around South Georgia led by whale biologist Jen Jackson of the British Antarctic Survey, a co-author of the new research.

The scientists, she said, were amazed to find numerous blue whales in a region where they were once eradicated — — 38 sightings on the surface over a few weeks, comprising a total of 58 individual whales, along with many acoustic detections by “sonobuoys” equipped to monitor underwater whale songs.

South Georgia is the largest island in a remote South Atlantic archipelago, known as South Georgia and the South Sandwich Islands.

The island is about 2,500 miles (4,000 kilometers) from the coast of Antarctica, but it is situated within the Antarctic convergence — the hydrological boundary between the cold waters around Antarctica and the warmer waters farther north.

It’s now only inhabited by people for a few months every summer, but South Georgia had a prominent role in the history of Antarctic exploration.

In the early 20th century, it became a center for industrial whaling — effectively the “Ground Zero” of whaling, first for humpbacks, and later for blue whales.

Related: 50 of the most endangered species on the planet

According to Calderan’s study, more than 42,000 blue whales were killed around South Georgia between 1904 and 1971, most of them before the mid-1930s. “In the early 1900s, South Georgia waters thronged with blue whales; within a little over 30 years, they were all but gone,” the researchers wrote.

“It was just a matter of luck that they weren’t wiped out altogether,” Calderan said. “By the end of whaling, it was estimated that blue whale populations were 0.15% of their pre-whaling levels. They couldn’t have hung on much longer.”

Although populations of blue whales have been increasing in other parts of the Antarctic in recent decades, the majestic ocean dwellers were almost unseen in the waters around South Georgia until the recent expedition, she said.

The near-extinction of blue whales around South Georgia in the early 20th century may have resulted in the loss of their “cultural memory” of the abundance there of Antarctic krill — tiny swimming crustaceans found in huge swarms in the Southern Ocean and the only food of blue whales.Knowledge of whale feeding grounds may be passed on from mother whales to their calves. “There was a cultural memory, maybe, of animals that used to come to South Georgia that was lost because they were wiped out,” Calderan said. “They couldn’t pass on the knowledge of the feeding grounds because there weren’t any of them left.”

But the evidence of the recent survey suggested at least some blue whales have rediscovered South Georgia’s abundance of krill.

“I think we may well be seeing evidence of site fidelity to certain feeding areas, which would be an explanation for why [blue whale] numbers started recovering in the wider Antarctic, but has taken longer to recover at South Georgia,” Calderan said.

The increase in blue whales around South Georgia comes after BAS research indicating the population of humpback whales in the region has also increased — like blue whales, humpbacks were all but driven to extinction by industrial whaling.

“It’s a good sign,” Calderan said. “This was an area that was particularly hard hit by whaling, and it is really encouraging that we’re starting to see whales there again.”