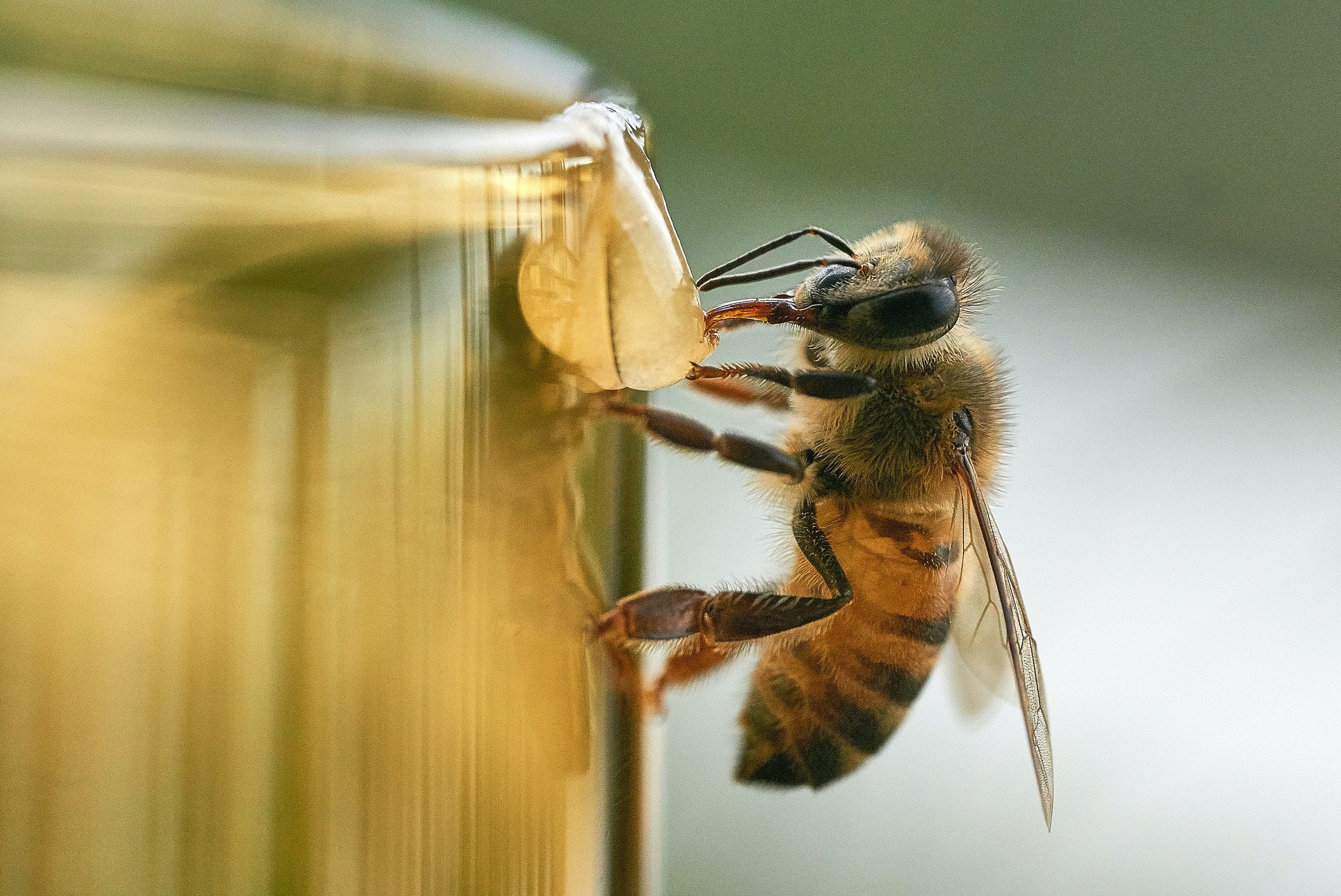 Anthony Nearman, a Ph.D. student at the University of Maryland, discovered something unexpected while testing protocols for raising honey bees in the lab. He found that the lives of the honey bees he was studying were about 50% shorter than those in similar studies conducted in the 1970s.

Nearman’s lab studies were apparently reproducing a trend recently seen in nature. For the last decade, beekeepers in the United States have reported that fewer beehives were making it through the winter. Bee colonies can naturally age and die off, but this is the first time scientists have observed an overall decline in honey bee lifespan without any clear external cause. This discovery has triggered researchers like Nearman to ask what might be affecting the bees’ livelihood – could it be environmental stressors, disease, parasites, pesticides, or possibly nutrition?

Nearman originally set out to test if providing extra water to lab honey bees on a sugar water diet had any impact on the bees. To do so, he collected immature bees from the colony just 24 hours before they were to emerge from the wax cells they were growing in. He then placed the bees in an incubator to continue growing. When they broke out of their wax cells as mature adults, he put them in cages to see if extra water affected their lifespans.

Scientists have shown that the lifespans of honey bees in the lab mimic those in the real world. They’ve also shown that when bees live shorter lifespans in nature they forage less and their colonies produce less honey. Nearman thus wanted to understand what this decline in honey bee lifespan could mean for commercial beehives and the honey they produce.

Nearman and vanEngelsdorp used a mathematical model to calculate how a 50% reduction in honey bee lifespan would affect beekeeping operations. They set up their model so that all lost colonies were replaced once per year. They found that there were fewer bees in colonies and the colonies produced less honey as the average bee lifespan decreased. The researchers also found that the shorter-lived colonies predicted by their model were similar to the declines in honey bee survival reported by beekeepers in the last 14 years.

Many factors can reduce honey bee lifespan, including environmental conditions, diseases, and diet. These researchers suggested that the establishment and spread of the Varroa parasite may be at least partially responsible for the decline in honey bee lifespan. This parasite was first observed in the 1980s, shortly after beekeepers started reporting shorter bee lives.

The shortened bee lifespan could also be due to something environmental, like viral contamination or pesticides. Nearman hypothesized that whatever was causing the shortened lifespan must have happened before adulthood. He suggested that exposure to any environmental toxins would have needed to occur while the bees were still growing, or before they were foraging and producing honey. For example, the bees could have received contaminated food from their fellow beehive members while they were growing.

Nearman and colleagues have also suggested that a genetic component could be affecting how long bees live, since this has been shown in insects like fruit flies. If the decline in lifespan is genetic, these scientists hypothesize they may be able to distinguish longer-living bees by looking at their genes. The team stated that the next step will be to determine if honey bees have different lifespans in different countries, which could help them pinpoint contributing factors like genetics, pesticides or viruses.