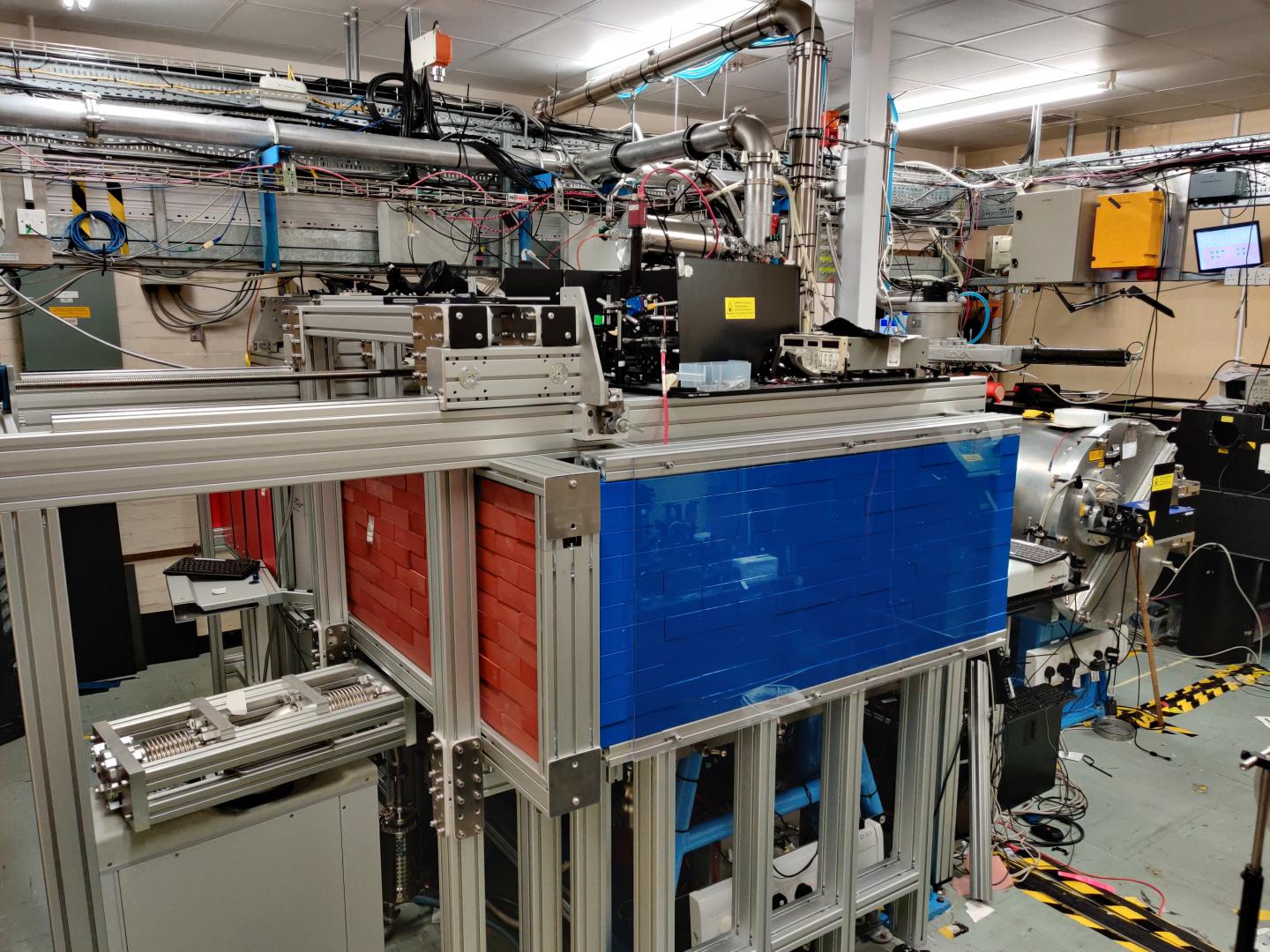 Researchers have used AI to control beams for the next generation of smaller, cheaper accelerators for research, medical and industrial applications.

Experiments led by Imperial College London researchers, using the Science and Technology Facilities Council’s Central Laser Facility (CLF), showed that an algorithm was able to tune the complex parameters involved in controlling the next generation of plasma-based particle accelerators.

The algorithm was able to optimize the accelerator much more quickly than a human operator, and could even outperform experiments on similar laser systems.

These accelerators focus the energy of the world’s most powerful lasers down to a spot the size of a skin cell, producing electrons and x-rays with equipment a fraction of the size of conventional accelerators.

Several facilities using these new accelerators are in various stages of planning and construction around the world, including the CLF’s Extreme Photonics Applications Centre (EPAC) in the UK, and the new discovery could help them work at their best in the future. The results are published today in Nature Communications.

First author Dr Rob Shalloo, who completed the work at Imperial and is now at the accelerator centre DESY, said: “The techniques we have developed will be instrumental in getting the most out of a new generation of advanced plasma accelerator facilities under construction within the UK and worldwide.

“Plasma accelerator technology provides uniquely short bursts of electrons and x-rays, which are already finding uses in many areas of scientific study. With our developments, we hope to broaden accessibility to these compact accelerators, allowing scientists in other disciplines and those wishing to use these machines for applications, to benefit from the technology without being an expert in plasma accelerators.”

The team worked with laser wakefield accelerators. These combine the world’s most powerful lasers with a source of plasma (ionised gas) to create concentrated beams of electrons and x-rays. Traditional accelerators need hundreds of metres to kilometres to accelerate electrons, but wakefield accelerators can manage the same acceleration within the space of millimetres, drastically reducing the size and cost of the equipment.

However, because wakefield accelerators operate in the extreme conditions created when lasers are combined with plasma, they can be difficult to control and optimise to get the best performance. In wakefield acceleration, an ultrashort laser pulse is driven into plasma, creating a wave that is used to accelerate electrons. Both the laser and plasma have several parameters that can be tweaked to control the interaction, such as the shape and intensity of the laser pulse, or the density and length of the plasma.

While a human operator can tweak these parameters, it is difficult to know how to optimise so many parameters at once. Instead, the team turned to artificial intelligence, creating a machine learning algorithm to optimise the performance of the accelerator.

The algorithm set up to six parameters controlling the laser and plasma, fired the laser, analysed the data, and re-set the parameters, performing this loop many times in succession until the optimal parameter configuration was reached.

Lead researcher Dr Matthew Streeter, who completed the work at Imperial and is now at Queen’s University Belfast, said: “Our work resulted in an autonomous plasma accelerator, the first of its kind. As well as allowing us to efficiently optimise the accelerator, it also simplifies their operation and allows us to spend more of our efforts on exploring the fundamental physics behind these extreme machines.”

The team demonstrated their technique using the Gemini laser system at the CLF, and have already begun to use it in further experiments to probe the atomic structure of materials in extreme conditions and in studying antimatter and quantum physics.

The data gathered during the optimisation process also provided new insight into the dynamics of the laser-plasma interaction inside the accelerator, potentially informing future designs to further improve accelerator performance.

The experiment was led by Imperial College London researchers with a team of collaborators from the Science and Technology Facilities Council (STFC), the York Plasma Institute, the University of Michigan, the University of Oxford and the Deutsches Elektronen-Synchrotron (DESY). It was funded by the UK’s STFC, the EU Horizon 2020 research and innovation programme, the US National Science Foundation and the UK’s Engineering and Physical Sciences Research Council.