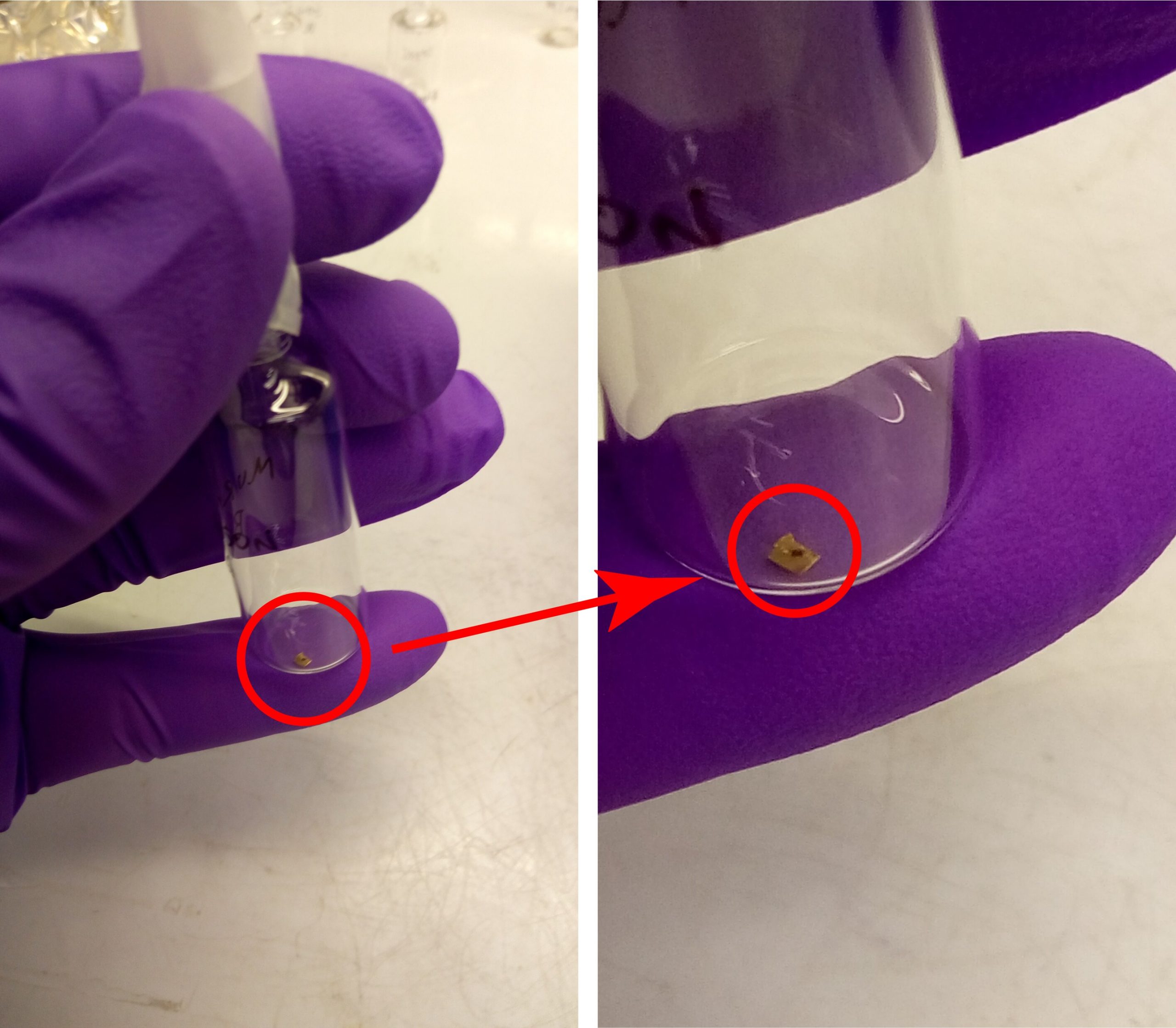 On Dec. 6 local time (Dec. 5 in the United States), Japanese spacecraft Hayabusa2 dropped a capsule to the ground of the Australian Outback from about 120 miles (or 200 kilometers) above Earth’s surface. Inside that capsule is some of the most precious cargo in the solar system: dust that the spacecraft collected earlier this year from the surface of asteroid Ryugu.

By the close of 2021, the Japan Aerospace Exploration Agency, or JAXA, will disperse samples of Ryugu to six teams of scientists around the globe. These researchers will prod, heat, and inspect these ancient grains to learn more about their origins.

Among the teams of Ryugu investigators will be scientists from the Astrobiology Analytical Laboratory at NASA’s Goddard Space Flight Center in Greenbelt, Maryland. Researchers in the astrobiology lab use cutting-edge instruments that are similar to those used in forensic labs to solve crimes. Instead of solving crimes, though, NASA Goddard scientists probe space rocks for molecular evidence that can help them piece together the history of the early solar system.

“What we’re trying to do is better understand how Earth evolved into what it is today,” said Jason P. Dworkin, director of the Goddard’s Astrobiology Analytical Laboratory. “How, from a disk of gas and dust that coalesced around our forming Sun, did we get to life on Earth and possibly elsewhere?” Dworkin serves as the international deputy of a global team that will probe a sample of Ryugu in search of organic compounds that are precursors to life on Earth.

Ryugu is an ancient fragment of a larger asteroid that formed in the cloud of gas and dust that spawned our solar system. It is an intriguing type of asteroid that’s rich in carbon, which is an element essential to life.

When Dworkin and his team receive their share of a Ryugu sample next summer, they will look for organic compounds, or carbon-based compounds, in order to better understand how these compounds first formed and spread throughout the solar system.

Organic compounds of interest to astrobiologists include amino acids, which are molecules that make up the hundreds of thousands of proteins responsible for powering some of life’s most essential functions, such as making new DNA. By studying the differences in the types and amounts of amino acids preserved in space rocks scientists can build a record of how these molecules formed.

Dust from Ryugu, which is currently 9 million miles, or 15 million kilometers, from Earth, will be among the most immaculately preserved space material scientists have laid hands on. It’s only the second sample of an asteroid that has ever been collected in space and returned to Earth.

Before the Ryugu delivery, JAXA brought back tiny samples of asteroid Itokawa in 2010 as part of the first asteroid sampling mission in history. Prior to that, in 2006, NASA obtained a small sample from comet Wild-2 as part of its Stardust mission. And next, in 2023, NASA’s OSIRIS-REx will return at least a dozen ounces, or hundreds of grams, of the asteroid Bennu, which has been traveling through space and largely unaltered for billions of years.

“Our final objective is to understand how organic compounds formed in the extraterrestrial environment,” said Hiroshi Naraoka, professor of geochemistry at Kyushu University in Fukuoka, Japan, and the lead of the global Hayabusa2 team that will analyze Ryugu’s organic composition. “So we want to analyze many organic compounds, including amino acids, sulfur compounds, and nitrogen compounds, to build a story of the types of organic synthesis that happens in asteroids.”

After analyzing the makeup of Ryugu, scientists will get to compare it to Bennu, the site of a wildly successful sample grab by OSIRIS-REx, which briefly touched down on the asteroid’s surface on Oct. 20.

“The two asteroids have similar shapes, but Bennu appears to have a lot more evidence of past water and of organic compounds,” said Dworkin, whose lab also is due to receive a tenth of an ounce, or several grams, of Bennu. “It’ll be very interesting to see how they compare, given they came from different parent bodies in the asteroid belt and have different histories.”

Analyzing Ryugu dust will be one of the most demanding projects Goddard astrochemists have tackled. They will have to work with a miniscule amount of sample. Hayabusa2 is expected to have collected no more than a few grams of dust (that’s about six coffee beans!) from Ryugu, although this is much more material than was returned from Itokawa. This tiny amount will be dispersed among many scientists, which means Dworkin and his colleagues will get only a fraction of the original sample—slightly more than a typical snowflake.

“We’ll be dealing with much smaller sample allotments than we typically work with when we analyze meteorites,” said Eric T. Parker, a Goddard astrochemist who works with Dworkin.

Parker said that the Goddard team, in collaboration with international colleagues, has been practicing working with tiny samples for more than a year. For example, they’ve analyzed dust grains from a carbon-rich meteorite called Murchison. Then, they used the identical technique to analyze a sample without any extraterrestrial material in it to make sure they could tell the difference between the two.

After Goddard scientists receive Ryugu dust, they will suspend the particles in a water solution inside a glass tube. They will then heat the solution to the temperature of boiling water, or 212 degrees Fahrenheit (100 degrees Celsius), for 24 hours in an attempt to extract any organic compounds that can dissolve in water.

The researchers will run the solution through powerful analytical machines that will separate the molecules inside by shape and mass and identify each kind.

“With really precious samples like Ryugu, of course you think, ‘I hope this test tube doesn’t break,’ or ‘I hope this reaction goes correctly,'” said Hannah L. McLain, a Goddard researcher on Dworkin’s Ryugu analysis team. “But at this point, we’ve fully established our technique to be sure nothing can go wrong and we are excited to analyze the real sample.”