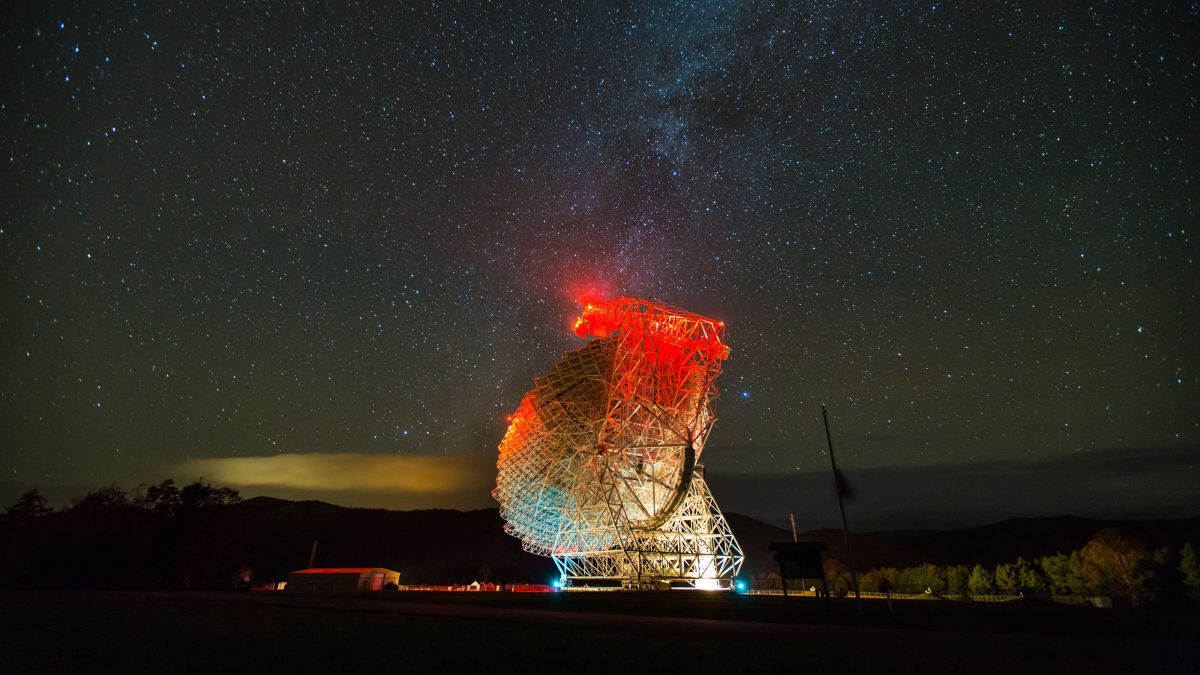 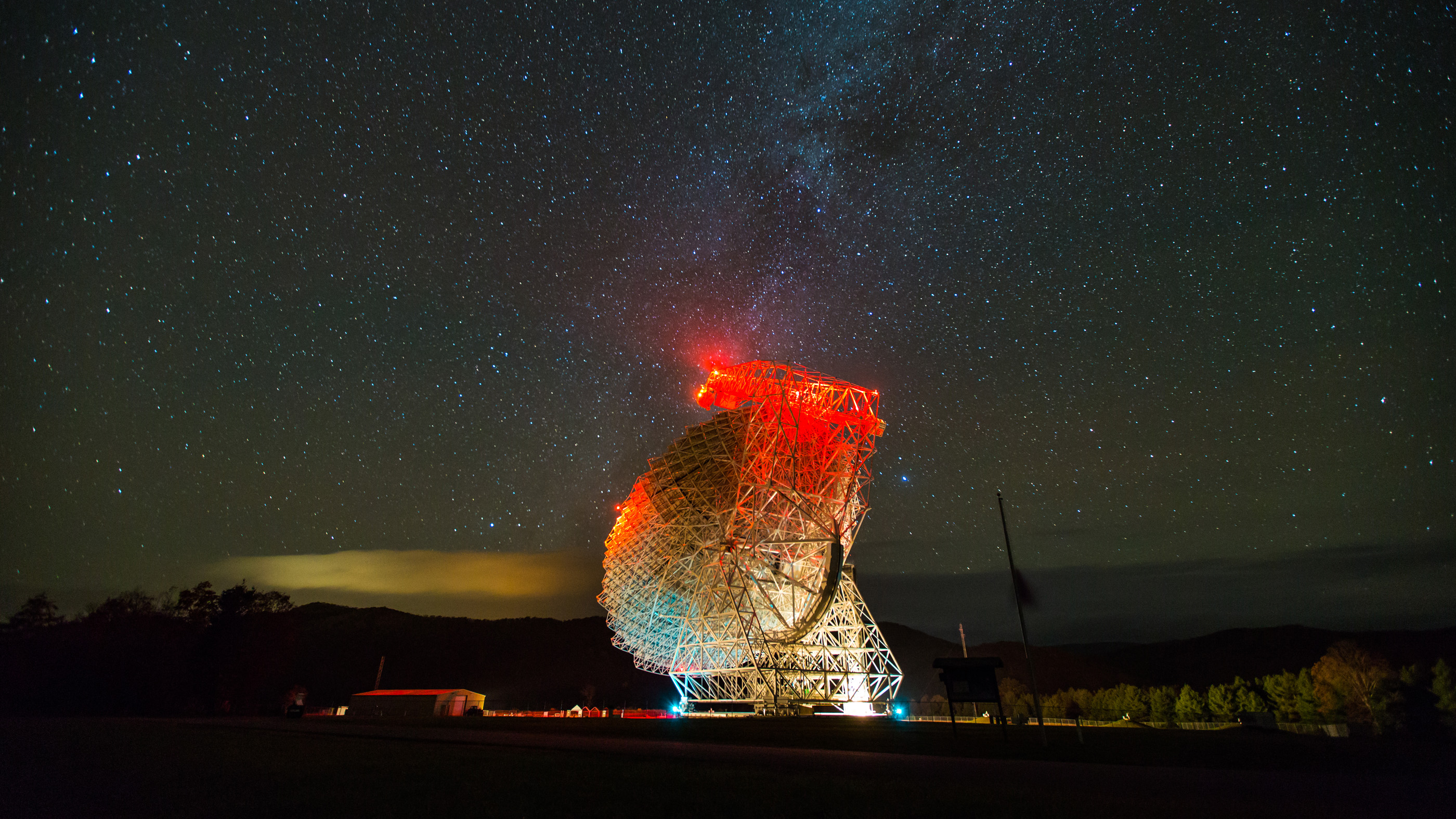 We know – we’re proof of it – that intelligent civilizations (yes, civilizations) are possible. Finding signs of other civilizations in the Milky Way galaxy is not such a simple matter, but we do have tools at our disposal. Based on our own technological capabilities, we can extrapolate what signals alien technology might emit, and search for those.

These signs are called technosignatures, and our efforts in the search for extraterrestrial intelligence (SETI) revolve around them, particularly in radio wavelengths.

“One of the great advantages of the search for technosignatures at radio wavelengths is that we are sensitive to signals emitted from thousands of light years away, and it does not take that much power,” astronomer Jean-Luc Margot of the University of California Los Angeles told ScienceAlert.

“For instance, our search can detect the Arecibo Planetary Radar at distances of over 400 light years. And it can detect a transmitter that is only 1,000 times more powerful than Arecibo – a trivial improvement for an advanced civilization – all the way to the centre of the galaxy. The volume of the galaxy that can be sampled with a radio search for technosignatures is immense.”

Margot and his team recently conducted a search for technosignatures using the Green Bank Telescope, a powerful radio telescope in West Virginia.

In April of 2018 and 2019, for a total observing time of four hours, they homed in on 31 Sun-like stars around the galactic plane, detecting a total of 26,631,913 candidate technosignatures.

A closer analysis of the data revealed that every single one of those candidate technosignatures was generated right here on Earth.

But the methods used to process those data are a significant step forward in identifying possible alien technosignatures, teasing them out from the background humming and pinging of anthropogenic radio noise – what we call radio-frequency interference, or RFI. Navigation technology, satellite technology, mobile phones, microwave ovens, aircraft, communications; we’re constantly bathing our surroundings in radio-frequency radiation.

“RFI could potentially obscure an extraterrestrial signal,” Margot said. “RFI makes our job more difficult because we detect tens of millions of signals per hour of telescope time, and we need to make a determination about every single signal: is it anthropogenic or is it extraterrestrial?

“It would be a lot easier if we detected only a few signals. Fortunately, our algorithms allow us to automatically classify over 99.8 percent of the signals.”

The team made several improvements to their data processing pipeline, refining the sensitivity and signal detection rate, as well as the filter used to automatically classify RFI signals in the data, and thus rule them out as alien technosignatures.

As Margot noted, these filters correctly flagged 26,588,893 (99.84 percent) of the signals as anthropogenic RFI. When you’re dealing with numbers that large, that still leaves a lot of data to process; in this case, it was 43,020 signals.

The majority of these remaining signals fell within the range of known RFI, and were classified accordingly. That left 4,539 signals as the most promising alien technosignature candidates. These had to be carefully visually inspected – and every single one was also ultimately determined to be anthropogenic in origin.

“If a signal is detected in multiple directions on the sky, we can be extremely confident that it’s anthropogenic,” Margot said. “An extraterrestrial signal from an emitter at interstellar distances would be detected in only one direction.”

The result isn’t unexpected. A search earlier this year of a much larger stellar sample, 10 million stars, also turned up no signs of alien technology. But that wasn’t really the point; or at least, not the only point.

“We conduct the search as part of a SETI course that I have taught at UCLA annually since 2016. This course appears to be unique in the US and perhaps worldwide,” he explained.

“Students collect terabytes of data from known or suspected planetary systems, write a data-processing pipeline collaboratively, search for technosignatures in the data, and publish the results. It is most satisfying to witness the students acquire important skills .. all in the context of this important search.”

The team’s refined pipeline also revealed some issues with previous attempts to process SETI data; more specifically, attempts to quantify how many transmitting civilisations there might be in the Milky Way galaxy. Their results show that these estimates may be too low by up to a factor of 15, partially because the data-processing pipelines “fail to detect some of the signals that they are designed to detect,” Margot noted.

“We implemented a signal injection and recovery analysis tool that allows us to quantify the efficiency of data-processing pipelines. This efficiency must be taken into account when attempting to place bounds on the number of transmitting civilisations.”

There are some limitations to the team’s pipeline. Where two signals intersect, the algorithm only picks up the one with the highest signal-to-noise ratio; faint signals against a high level of background noise can be missed, too. This means that regions of high signal density can result in a reduction of the signal recovery rate.

Overcoming these limitations could be the focus of future work. But it’s work worth doing. RFI isn’t just a problem for SETI but for all radio astronomers, so much so that some measurements can no longer be made from Earth. Hence scientists are eyeing the far side of the Moon for a radio telescope. The Moon acts as a natural buffer against anthropogenic radio interference.

And, of course, there’s the possibility – slight, but non-zero – that we might detect something.

“The search may answer one of the most profound scientific questions of our time: Are we alone?” Margot told ScienceAlert.

“All life on Earth is related to a common ancestor, and the discovery of other forms of life will revolutionise our understanding of living systems. On a more philosophical level, it will transform our perception of humanity’s place in the cosmos.”

The research has been accepted into The Astronomical Journal, and is available on arXiv.