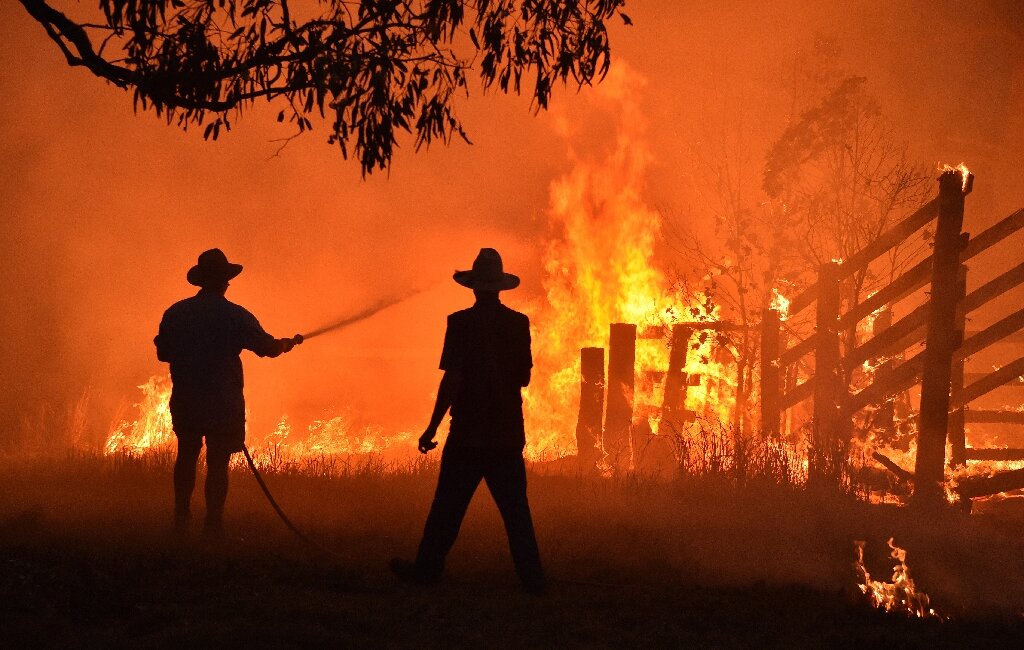 Australians should be ready for “compounding” overlapping crises as they face more frequent, costly and severe climate change-worsened disasters, an inquiry into the nation’s recent historic bushfires warned Friday.

Following devastating 2019-2020 blazes that killed 33 people and burned an area the size of the United Kingdom or Ghana, a Royal Commission told Australians “what was unprecedented is now our future”.

Predicting a future in which disasters “will regrettably be more frequent and more severe”, the commission said: “We can also expect more concurrent and consecutive hazard events.”

“In the last 12 months, there was drought, heatwaves and bushfires, followed by severe storms, flooding and a pandemic.”

By the time the bushfires had ended in March, they had killed or displaced nearly three billion animals and cost the economy an estimated US$7 billion.

But the commission warned the annual cost of disasters is likely to rise to around $27 billion by 2050, even before accounting for worsening global warming.

The report focused heavily on the impact of climate change in producing more extreme weather and noted: “Further global warming over the next two decades is inevitable.”

Among the 80 recommendations, the report called for better data and more granular projections about what climate change means for specific areas.

But it stopped short of calling on the conservative government—which has slow-pedalled countermeasures—to address the underlying causes, leaving some experts disappointed.

“Sure, we can focus on monitoring the levels in the bath, mopping up when it spills over, but we could also look at turning off the taps.”

Prime Minister Scott Morrison has repeatedly played down the link between climate and the bushfires, and committed to keeping Australia as one of the world’s leading exporters of coal and natural gas.

Bushfire-prone Australia has seen dozens of inquests into the causes of bushfires and steps that could be taken to mitigate them.

But many measures recommended by inquiries going back to the 1930s have still not been implemented.