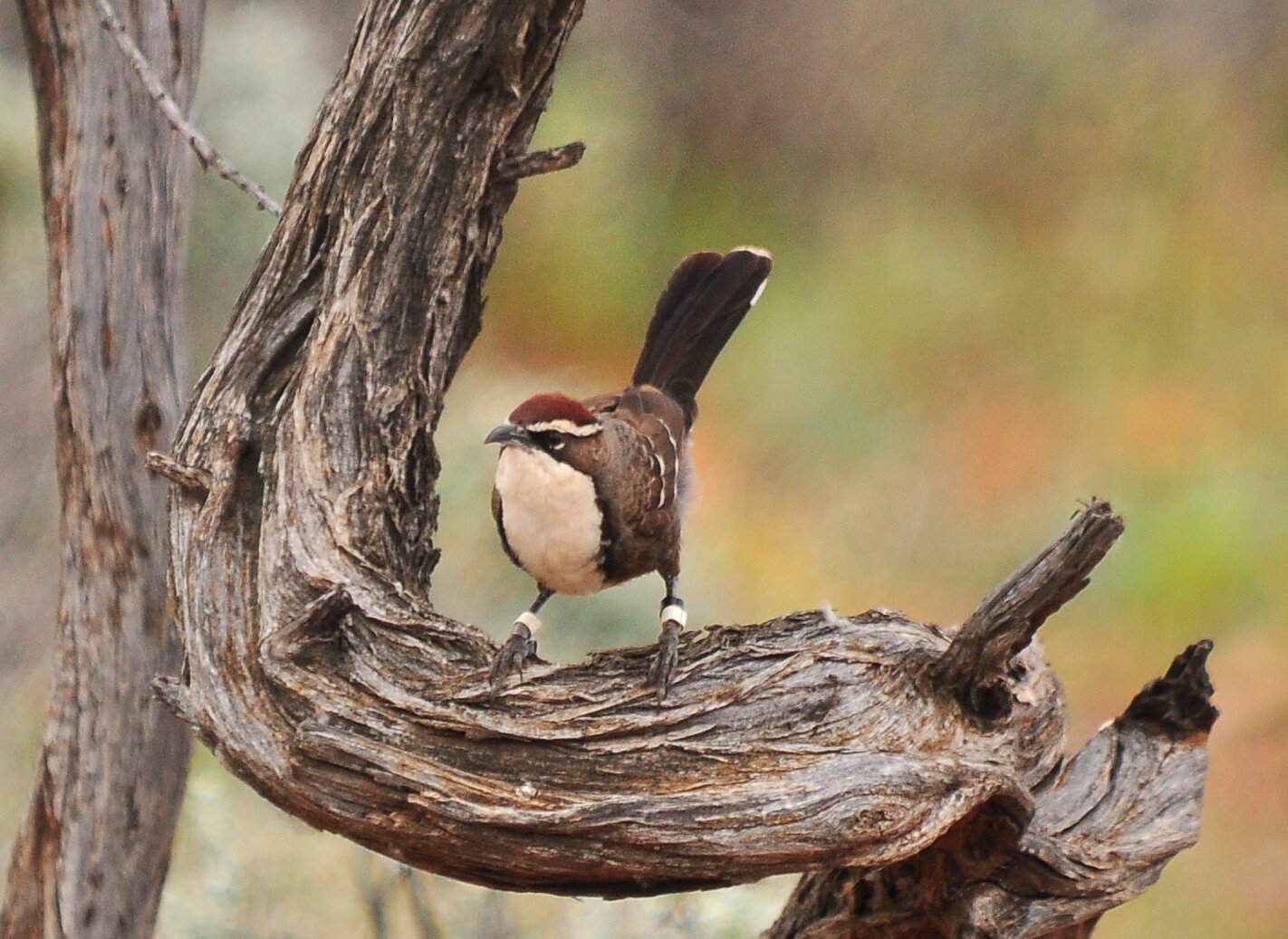 Animals can fall into an “ecological trap” by altering their behavior in the “wrong direction” in response to climate change, researchers say.

The so-called “rescue hypothesis” suggests many species might successfully adapt to changing conditions, especially those that are flexible in their behavior.

But a new study, by the University of Exeter, found that chestnut-crowned babbler birds responded to rising temperatures by changing their behavior in ways that could actually reduce successful breeding.

This occurred because they reacted to warm peak temperatures in early spring by breeding earlier—but average temperatures at this time are still colder than later in spring, which is bad for incubating eggs.

Instead of spending more time incubating, females responded to the cold by incubating less—which might improve their own survival chances but exposes their developing eggs to harmful, low temperatures.

“We hope that animals that are more responsive to changes in their environment can cope better with climate change, but unfortunately they can make mistakes that make their situation even worse,” said Alex Cones, who worked on this research during her masters at the University of Exeter.

Professor Andy Russell, of the Centre for Ecology and Conservation on Exeter’s Penryn Campus in Cornwall, said: “Many animals breed as early as they can in spring, and climate change is causing this to happen earlier and earlier.

“Paradoxically, our study shows that earlier breeding in response to warming means babbler eggs and offspring are more exposed to the cold.

“Babblers should respond by incubating their eggs more, but they don’t.

“Incubating eggs is more costly for the mother in terms of energy in low temperatures, so they focus on their own survival and reduce incubation.”

Professor Russell added: “Parental care is adaptable, not fixed, but in this case the birds adapt in the wrong direction for their chicks’ survival—falling into an ecological ‘trap’.”

The researchers say more studies are required to discover whether “plastic” (adaptable) parenting could provide an “evolutionary rescue package” to protect species from environmental change.

But they conclude that the evidence from this study is “not encouraging”.

The paper, published in the Journal of Evolutionary Biology, is entitled: “Temperature-mediated plasticity in incubation schedules is unlikely to evolve to buffer embryos from climatic challenges in a seasonal songbird.”

More information:
“Temperature-mediated plasticity in incubation schedules is unlikely to evolve to buffer embryos from climatic challenges in a seasonal songbird.” Journal of Evolutionary Biology (2020). DOI: 10.1111/jeb.13743
Provided by
University of Exeter