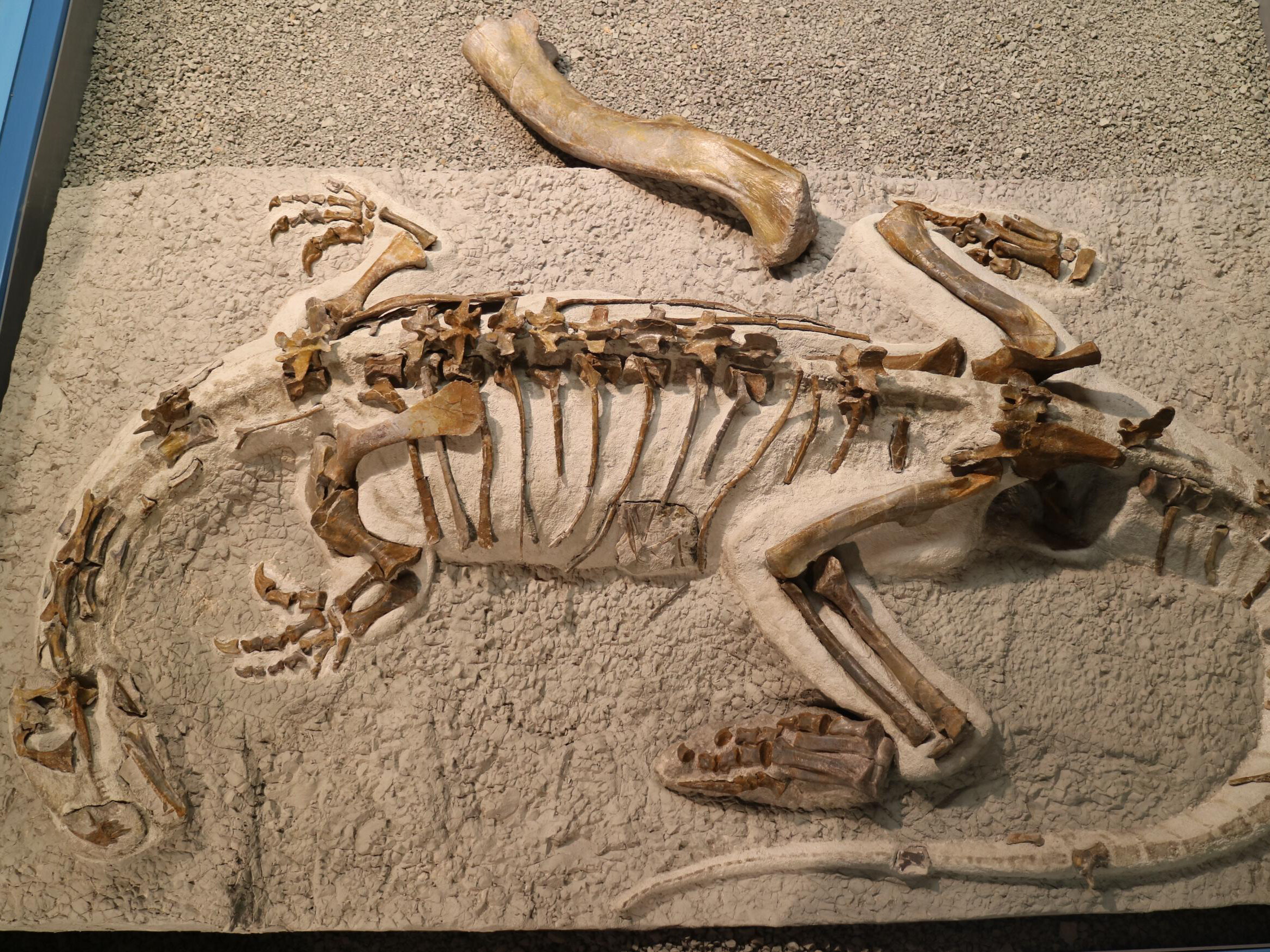 Long neck, small head and a live weight of several tons—with this description you could have tracked down the Plateosaurus in Central Europe about 220 million years ago. Paleontologists at the University of Bonn have now described for the first time an almost complete skeleton of a juvenile Plateosaurus and discovered that it looked very similar to its parents even at a young age. The fact that Plateosaurus showed a largely fully developed morphology at an early age could have important implications for how the young animals lived and moved around. The young Plateosaurus, nicknamed “Fabian,” was discovered in 2015 at the Frick fossil site in Switzerland and is exhibited in the local dinosaur museum. The study was published in the journal Acta Palaeontologica Polonica.

In order to study the appearance of dinosaurs more closely, researchers today rely on a large number of skeletons in so-called bone beds, which are places where the animals sank into the mud in large numbers during their lifetime. However, juvenile animals had hardly been found in these until now. Researchers described fossils of still juvenile plateosaurs for the first time just a few years ago, but these were already almost as large as the adults. One possible reason: “The smaller individuals probably did not sink into the mud quite as easily and are therefore underrepresented at the bone beds,” suspects study leader Prof. Martin Sander of the University of Bonn.

He and his team used comparative anatomy to examine the new skeleton, which was immediately remarkable because of its small size. “Based on the length of the vertebrae, we estimate the total length of the individual to be about 7.5 feet (2.3 meters), with a weight of about 90 to 130 lbs. (40 to 60 kilograms),” explains Darius Nau, who was allowed to examine the find for his bachelor’s thesis. For comparison: Adult Plateosaurus specimens reached body lengths of 16 to 33 feet (five to ten meters) and could weigh more than four tons. Because of its small size alone, it was obvious to assume that “Fabian” was a juvenile animal. This assumption was confirmed by the fact that the bone sutures of the spinal column had not yet closed. Background: Similar to skull sutures in human babies, bone sutures only fuse over the course of life.

Researchers found that the young dinosaur resembled its older relatives both in anatomical details, such as the pattern of the laminae on the vertebrae (bony lamellae connecting parts of the vertebrae, which are important anatomical features in many dinosaurs), and in the rough proportions of its body. “The hands and neck of the juveniles may be a little longer, the arm bones a little shorter and slimmer. But overall, the variations are relatively small compared to the variation within the species overall and also compared to other dinosaur species,” stresses Nau. The juveniles of the related Mussaurus for instance were still quadrupeds after hatching, but the adults were bipeds.

“The fact that the Plateosaurus juvenile already looked so similar to the adults is all the more remarkable considering that they were ten times heavier,” emphasizes paleontologist Dr. Jens Lallensack from the University of Bonn. It is however conceivable that the morphological development differed greatly from animal to animal, depending on the climatic conditions or the availability of food. Such differences are still seen in reptiles today.

The well-known descendants of Plateosaurus, the sauropods, are the subject of a current exhibition at the Zoological Research Museum Alexander Koenig in Bonn. The largest Plateosaurus skeleton ever found can be seen there.