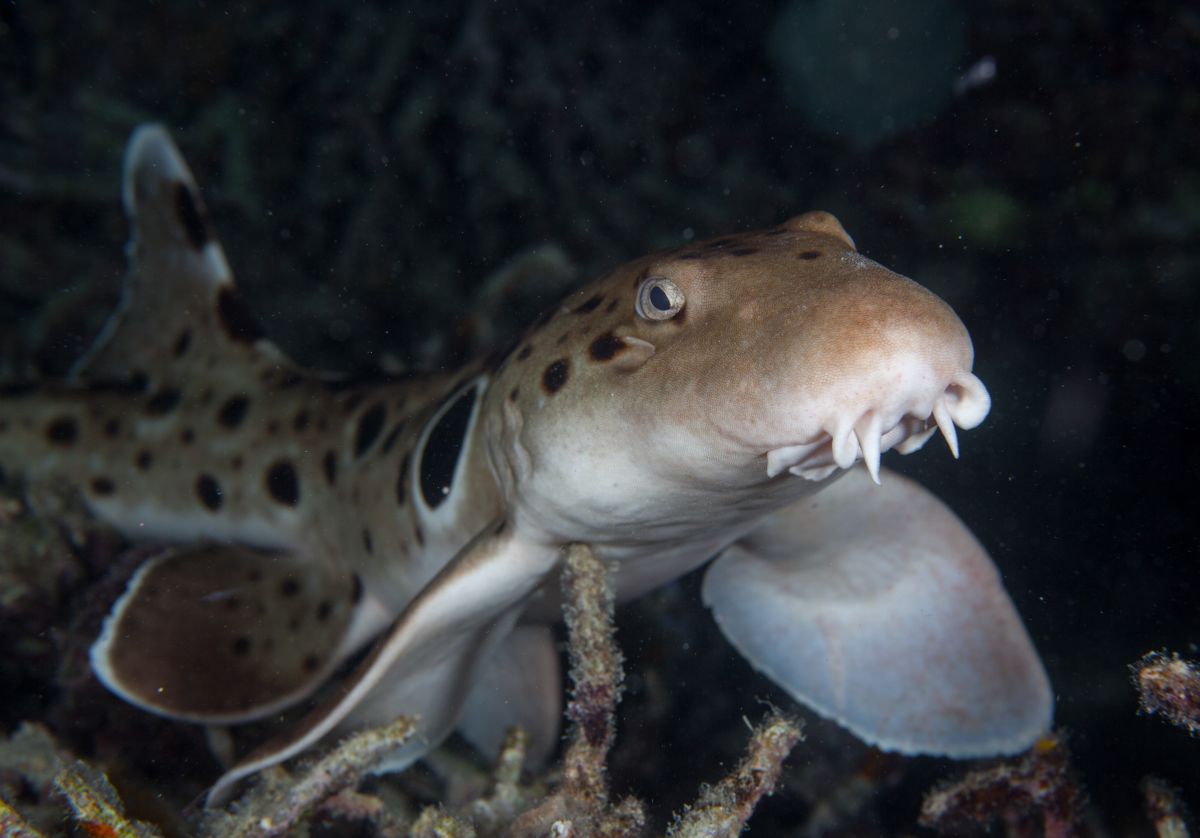 Baby sharks are being born small, exhausted and undernourished as a result of rising ocean temperatures caused by climate change, according to a new study.

Researchers looked at the effects of warming waters on juvenile epaulette sharks (Hemiscyllium ocellatum) — a small, egg-laying species of shark found in the Great Barrier Reef, that spends most of its time on the seafloor. Studying their egg sacs in a laboratory at the New England Aquarium in Boston, the researchers discovered that warmer waters led to premature births of the baby sharks inside.

“The hotter the conditions, the faster everything happened, which could be a problem for the sharks,” study lead author Carolyn Wheeler, a doctoral candidate at the University of Massachusetts and the ARC Centre of Excellence for Coral Reef Studies at James Cook University (JCU) in Australia, said in a statement. “The embryos grew faster and used their yolk sac quicker, which is their only source of food as they develop in the egg case. This led to them hatching earlier than usual.”

Sharks, rays and skates — collectively known as Chondrichthyes — reproduce in two main ways. Larger sharks, such as great white sharks and whale sharks, give birth to live young, whereas smaller sharks and rays lay egg sacs, which are then left to develop, and eventually hatch, without any help from the parents.

For egg-laying sharks, having smaller and malnourished offspring is problematic, because the babies are at an immediate disadvantage from birth. However, the findings are a cause for concern in all shark species, the researchers said.

“The epaulette shark is known for its resilience to change,” study co-author Jodie Rummer, a marine biologist at JCU, said in the statement. “So, if this species can’t cope with warming waters, then how will other, less tolerant species fare?”

The researchers tested the effects of warming temperatures on epaulette shark eggs in water up to 31 degrees Celsius (88 degrees Fahrenheit), which is the expected summer water temperature for the Great Barrier Reef by the end of the century. If rising temperatures continue unabated, there may come a point when these sharks can no longer properly develop, warn the researchers.

That could devastate the whole Great Barrier Reef ecosystem.

“Sharks are important predators that keep ocean ecosystems healthy,” Wheeler said in the statement. “Without predators, whole ecosystems can collapse, which is why we need to keep studying and protecting these creatures.”

The study was published Jan. 12 in the journal Scientific Reports.