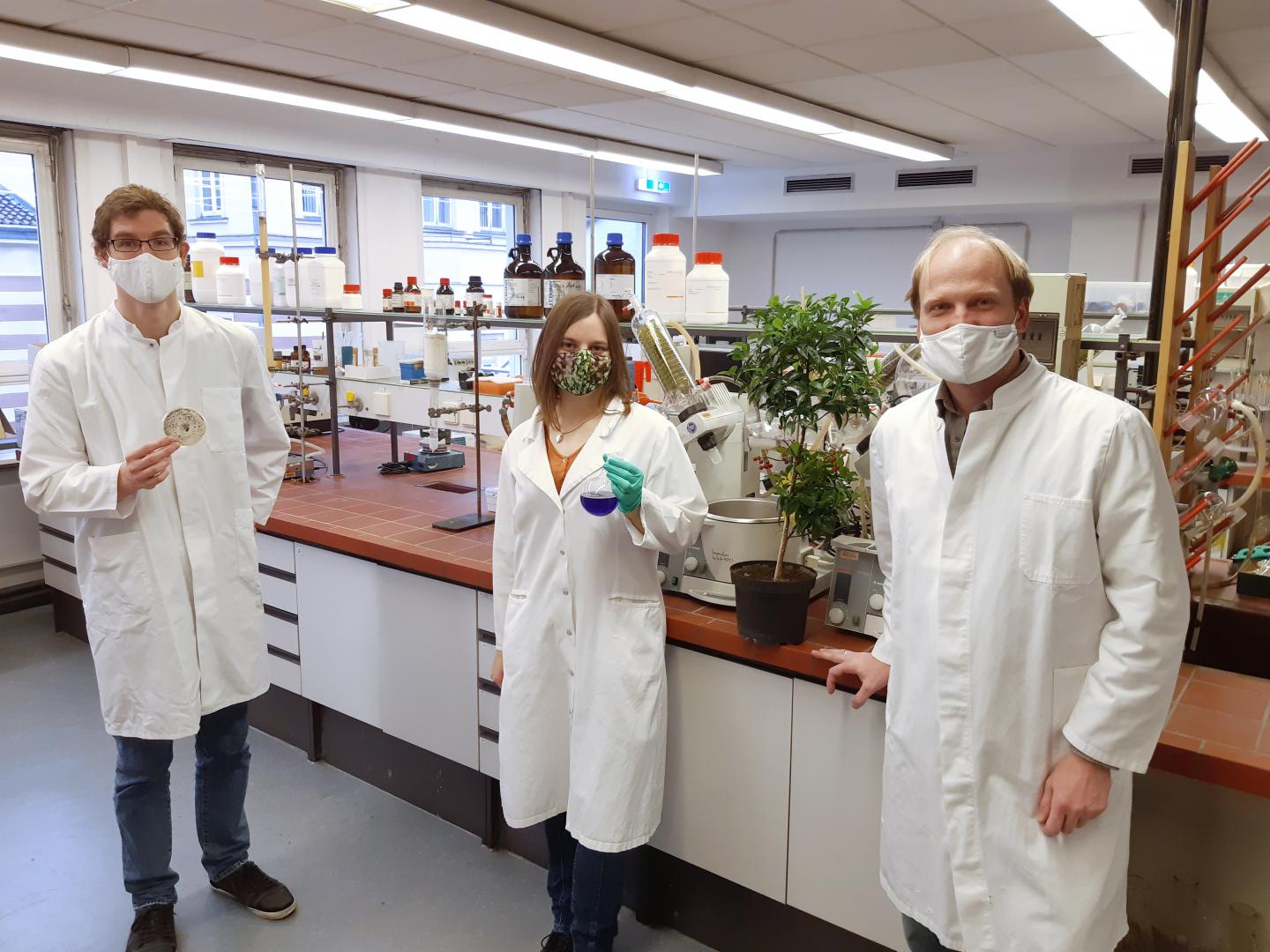 For some years, an active substance from the leaves of an ornamental plant has been regarded as a possible forerunner of a new group of potent drugs. So far, however, it has been very laborious to manufacture it in large quantities. That could now change: Researchers at the University of Bonn (Germany) have identified a bacterium that produces the substance and can also be easily cultivated in the laboratory. The results are published in the journal Nature Communications.

The coralberry currently once again adorns many living rooms: In winter it bears bright red fruits, which make it a popular ornamental plant at this time of year. For pharmacists, however, it is interesting for a different reason: It contains an active substance that has emerged in recent years as a beacon of hope against asthma and certain types of cancer.

Unfortunately, obtaining the substance with the cryptic name FR900359 (abbreviated: FR) in larger quantities is rather laborious. Cultivating the plants in greenhouses takes many weeks; moreover, the yield can vary enormously depending on the specimen. Incidentally, they do not produce the active ingredient themselves, but have bacteria in their leaves that do it for them. “However, these only grow in the coralberry and cannot be cultivated in the laboratory,” explains Dr. Max Crüsemann of the Institute of Pharmaceutical Biology at the University of Bonn.

Manufacturing FR is a complex undertaking. The bacteria have a special assembly line for this purpose, in which a number of enzymes work hand in hand. The bacterial genetic makeup specifies how this assembly line must be set up. “We have now searched huge databases for other microorganisms that also have these genes for FR synthesis,” Crüsemann explains. “In the process, we came across another bacterium. Unlike its coralberry relative, it does not grow in plants, but in soil and is easily propagated in culture media.”

This finding should greatly facilitate the production of FR in the future. However, it also allows more detailed insights into how the active substance works. “We have known for several years that FR inhibits an important group of signaling molecules in cells, the Gq proteins,” explains Cornelia Hermes of the Institute of Pharmaceutical Biology. “That makes FR extremely effective: To date, no other compound is known to inhibit Gq proteins with similar potency.”

Hermes is pursuing her doctoral studies in the group of Max Crüsemann and Prof. Gabriele König and, together with her colleague Dr. René Richarz, was responsible for a large part of the study now published. One of the questions the researchers explored was, why FR is such a good inhibitor. The molecule consists of two parts, the actual core and a side chain that is attached to it like an arm. Both are produced separately and then linked together. “The side chain is essential for the function of FR,” Crüsemann explains. “When it is absent or even slightly modified, the inhibitory effect on Gq proteins decreases significantly.”

Central control station in the cell

The function of Gq proteins in the cell is similar to that of the emergency call center of a city: They are the place where various signals from outside the cell converge. This activates them and then in turn certain metabolic processes are switched on or off. Instead of inhibiting numerous signaling pathways, it is therefore sufficient to inhibit the Gq protein in order to achieve a therapeutic effect. This means that FR is extremely effective, but also, if it were administered to the whole body, very toxic. “The goal is therefore to administer FR only to cells with pathologically altered behavior,” Crüsemann explains. Bacterial genes can be easily and specifically modified nowadays. “In this way, we can in principle generate FR variants with specific properties, such as those that are transported precisely to certain cells in the body and only do their work there,” says the pharmaceutical biologist.

The history of the FR molecule is therefore likely to be extended by another chapter as a result of the study: The active substance was discovered more than 30 years ago by Japanese researchers. In 2015, its biological mode of action was described by the research groups led by Professors Gabriele M. König and Evi Kostenis at the Institute of Pharmaceutical Biology. This work now forms the basis for a research group of the German Research Foundation (DFG). Today, more and more research groups around the world are exploring the potential of the molecule. With the newly discovered bacterium, they now have a new tool at hand.