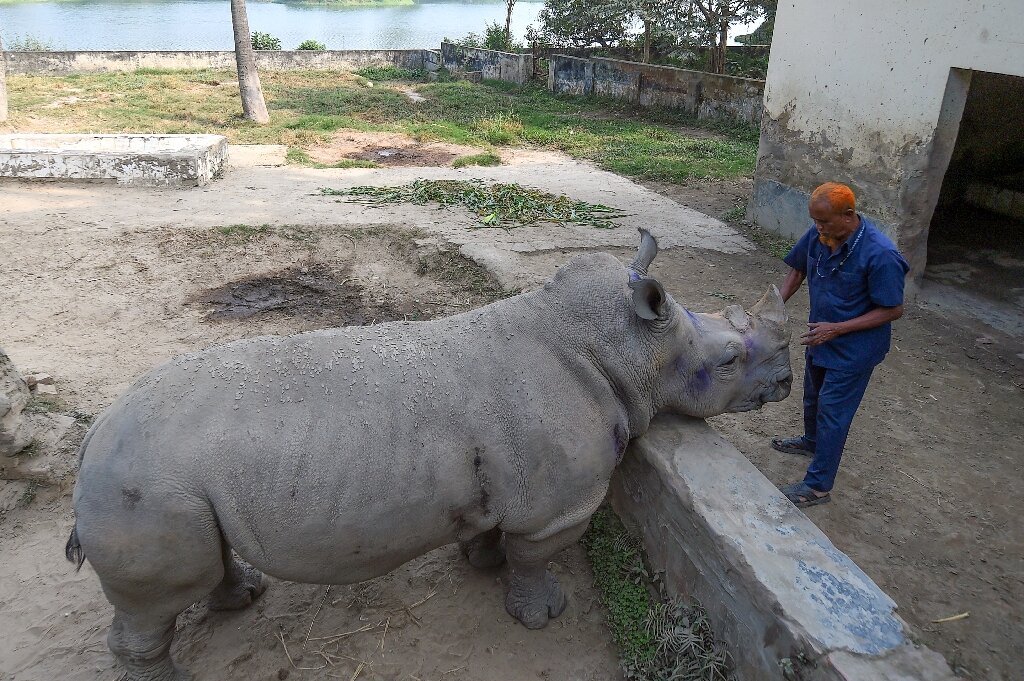 A lonely rhinoceros at a Bangladesh zoo is looking for new love after losing her partner seven years ago, but pandemic travel restrictions are hampering her keeper’s attempts to play matchmaker.

Kanchi, a star attraction at the Bangladesh National Zoo, is at her most fertile age. But since the death of her male partner in 2014, she has been living on her own in her muddy pen in the northern suburb of the capital.

The malaise of Kanchi the rhino has become increasingly apparent to the two million-plus visitors a year at the Dhaka landmark.

Kanchi refuses food and often snubs her carer Farid Mia, who hugs the rhino and scratches its neck and shoulders.

The one-tonne vegetarian beast is served six kilograms (13 pounds) of rice bran and one kilo of chickpeas each day.

“Her mood swings frequently. Sometimes she does not respond to my calls. It is mainly because she has grown up alone all these years,” Mia said.

“I tell her that we will soon find her a male partner. But she is restless. She needs a partner desperately.”

Abdul Latif, curator of the zoo, said the coronavirus pandemic had blocked recent efforts to bring in a male rhino from Africa.

“We know she feels lonely and we are trying our best to buy a suitable partner,” Latif told AFP.

There has been more attention given to Kanchi, however, since the plight of Kaavan, the world’s loneliest elephant made international headlines in November.

The Asian elephant, who had been alone since 2012, was moved from a zoo in Pakistan to a conservation park in Cambodia following an intervention from a global animal rights charity and singer Cher.

But the keepers in Dhaka do not want the same fate for Kanchi, who is now at her most fertile age.

“A rhino can live up to 38 years in captivity. She has many more years to live here. So, it is our duty to find a partner,” said Latif.

While she waits, Kanchi ambles around her pen and wallows in her mud spa.

She also basks lazily in the sun, ignoring the multitudes who come to see the 3,000 animals at the zoo.

“Her health is alright now, but I don’t know about the future,” said Mia.

“She needs a partner badly and pretty soon.”