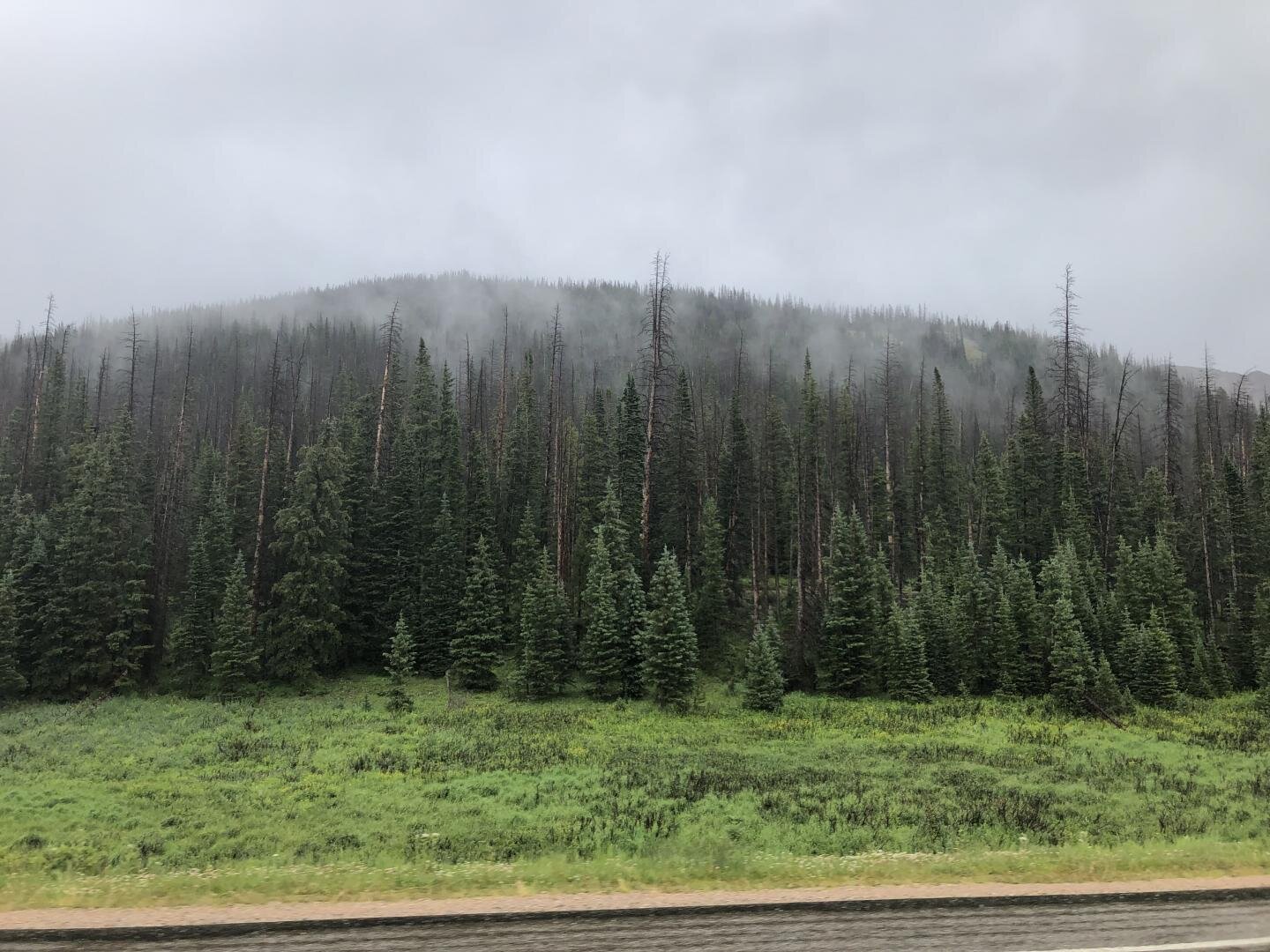 When southern Rocky Mountain forests are viewed from a distance these days, it may not look like much is left. Large swaths of dead, standing Engelmann spruce trees tell the tale of a severe regional spruce beetle epidemic in its waning stages. But among those dead trees, researchers have found good news. Zoom-in to the ground cover of these forests and there is life, even more abundant because of this disturbance.

“Disturbances from bark beetles are typically regarded as undesirable for ecosystem function and human use,” said Davis, an assistant professor in the Forest and Rangeland Stewardship department. “But there is conservation value in post-outbreak forests; they appear to be the areas supporting more robust bee populations.”

This is good news for wild bee communities, which have been declining in recent years. The different bee species identified in this high-elevation study are made for harsh, cold environments. The fact that a natural disturbance can boost their presence is a boon to these rare, endemic creatures not found in warmer habitats. It’s also a benefit for these forests, because wild bees perform essential pollination services in ecosystems with very short growing seasons.

Davis regularly works in high-elevation forests. A few years ago, during another research project with department colleagues, he noticed a correlation between the number and diversity of bees observed, and the structure of the forest. He has since opened up this new thread of bee diversity research by combining it with his training in bark beetles.

“Disturbance studies on bees have primarily focused on fire,” said Davis. “There hasn’t been a lot of research looking at bee responses to beetle outbreaks.”

For this new study, his team developed a natural experiment, collecting parallel data in 28 beetle-affected and undisturbed alpine sites in north-central Colorado. They collected bees for two years at three different times across each growing season, and also recorded standard tree measurements and understory, or ground cover, plant data at the collection sites.

In other words, bark beetles directly changed the forest structure which indirectly improved wild bee populations by providing a more robust food source for the buzzing insects on the ground.

Spruce beetle-affected forests offer a few advantages for understory plants and wild bees. Tree mortality typically opens up the forest canopy, allowing more light to reach plants and flowers on the forest floor. Dead trees also remain standing for up to 25 years after this disturbance. This offers more cavities for wild bees that nest in trees and dead wood.

Davis said he is interested in exploring this topic further to better understand these relationships over a longer time period and at a larger scale. As forests recover from outbreaks, he would like to see how long this benefit lasts. There is also the size disparity between small bee populations in one locale and the regional magnitude of these disturbances. It will be important to understand how well one small spot predicts these results at the landscape level.

While bees were captured for the purposes of this study, previous research has shown that the bee capture methods employed do not affect the overall bee community.

Forests bouncing back from beetles, but elk and deer slowing recovery