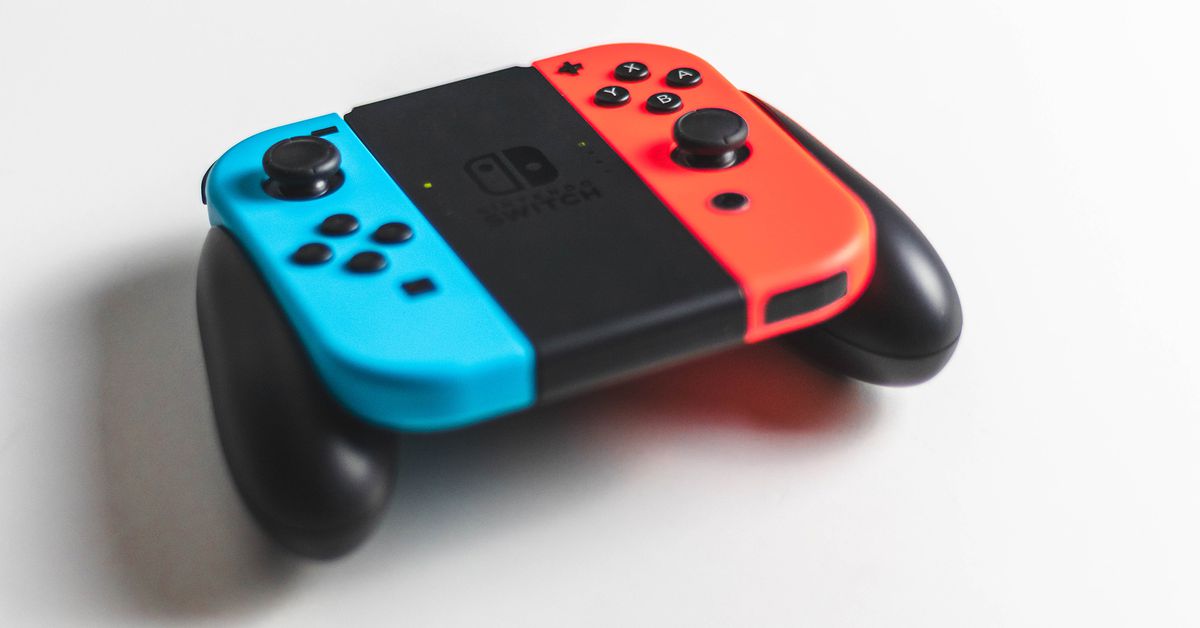 The best Nintendo Switch games come in all sorts of genres. (Sara Kurfeß via Unsplash/)

While Microsoft and Sony treat their respective gaming consoles like giant Kaiju creatures—getting bigger and more powerful with each incarnation—Nintendo has long been content to trade hyper-realistic graphical power for ingeniously clever gameplay innovation. They don’t want to blow you away by making the game you’ve always been playing look 100 times better, they want to change how you play games, period. After trying unsuccessfully to match the PlayStation 2 and Xbox with the GameCube, Nintendo took a hard left in 2006 with the Nintendo Wii and leaned into creative motion-based gameplay. The promise of that device gave rise to the Nintendo Switch in 2016, which allowed gamers to seamlessly unplug their console from the TV and immediately use it as a handheld device.

With its flexibility, mobility, and sense of fun, the Switch quickly became a family—and fan—favorite. If you’ve recently introduced it (or are about to introduce it) into your entertainment circle, here are a few things to consider when looking for the best Nintendo Switch games and activities.

Launched in 2017, the Nintendo Switch went up against Sony’s PlayStation 4 and Microsoft’s Xbox One. Ostensibly a tablet-sized handheld gaming device that can attach via a dock to a TV and function like a console, the Switch allowed for a seamless transition from couch to the car to wherever without even having to reload or re-install games.

Things to consider when shopping for the best Nintendo Switch games

Obviously, a console is only as good as the games you can play on it, and while the Nintendo Switch console has a somewhat limited library compared to its rivals, there is still a deep well of new and legacy titles from the fabled Nintendo vault available (there’s a reason Mario now rivals Mickey Mouse as the world’s more recognizable and popular mascots—these games and characters have amazing nostalgia-fueled staying power).

When looking for which Nintendo Switch games are absolute must-haves, you need to consider your gaming habits, who else will be sharing the device, and how massively you intend to trick out your overall system.

Nintendo has always been great about expanding its game and activity offerings so that their systems can deliver more than just first-person shooters. It’s one of the key selling points for the Nintendo Switch, so you have a lot of genres from which to pick when building your library.

Switch games run the gamut from action and adventure to racing to puzzle-solvers to fitness programs, so there is likely something here for nearly everyone. Because it’s designed for more family-friendly content, the console’s at its best when the game is more communal and open-ended, as opposed to combat and mission-based. It also, naturally, leans heavily on the tried and true Nintendo favorites, like variations on Super Mario and Legend of Zelda. Still, if you need to scratch that itchy trigger finger, there are options there too—the insanely addictive and popular multiplayer online combat game Fortnite is available on the Switch, and also is capable of cross-platform play (so a player on their Switch can connect and play with a friend on their PS4).

It mostly comes down to personal taste and expected usage. If you want to use the Switch as a workout motivational tool, you will want to check out something like Fitness Boxing 2, while those looking for more of a second life social experience will definitely want to get in on Animal Crossing: New Horizons. It’s ultimately up to you.

The ultimate party game that will satisfy any gamer. (Amazon/)

Mario Kart 8 Deluxe is such a great representation of all the Switch is about, ownership of the game should be mandatory. It’s the ultimate Nintendo game—bright, fun, addictive, creative, and perfectly age-less. It’s a racing game, technically, but it has elements of combat, a little world-exploration, and just the right amount of pick-up-and-play party game-ness. It will leave every gamer satisfied, and have them coming back for more.

How many people will be playing?

Nintendo’s dedication to zagging when everyone else is zigging is really evident when it comes to cooperative play. It seems like every other game system is invested in how many people it can gather together virtually, the Nintendo Switch is all about getting as many people as possible in the same room. It’s about the party, not the leaderboard.

Not only are a lot of the games designed to be the life of the party, but the system itself also allows you to easily link in additional Joy-Cons (their name for the small, detachable controllers that you can snap on the console, use individually, or pair together to make a more “traditional” game controller) so multiple people can get in on the action at one time. It may be one of the most communal game systems available—much more accessible to a family game night than something like the PS4 or Xbox.

That said, there are also game offerings that allow for a more solitary, focused game experience if you don’t plan on hosting any Mario-themed parties. Maybe you’re looking for a puzzle-based game to get you through your commute, or just want to get caught up in an epic story. The name of the game is versatility, but it should be noted that the Switch does seem to be merrier the more people engage with it.

An all-out melee that is raucous and wild and more fun the more people you get into it. (Amazon/)

Super Smash Bros: Ultimate, boasting a roster of over 80 (!!) characters from the breadth of Nintendo history—including Link, Metroid’s Samus Aran, Little Mac from Mike Tyson’s Punch-Out, Diddy Kong, and Street Fighter’s Ryu— is like the perfect sample platter to serve your gaming guests. Up to four players can play at one time, and the action is fast and chaotic and more fun the more people join in. A blast that reminds you why the Switch is best when shared.

Length of gameplay: Epic or easy-does-it?

Gameplay length is something of a controversial topic in the gaming world, with one side believing that fun and enjoyment are the ultimate tests of a game’s worth regardless of how long it takes to finish it, and the other expecting a game to live up to its price tag with hours and hours of continuous play. There’s no right or wrong answer here, of course. It’s about knowing your own expectations and gaming preferences.

Older gamers, raised on coin-op arcade machines, are often used to repetitive games designed to suck quarters out of your pocket (or eventually bore you into walking away), so they may be more inclined to accept a game that works best in short, controlled bursts. Younger gamers are often drawn to immersive, open-ended games with meandering storylines and tons of side quests and options.

When looking for a game with extensive and rewarding gameplay, you’re looking for something with an epic storyline, vast worlds, and usually a roman numeral in the title (although that last one is optional).

An epic role-playing game through a fantasy world with a long and deep history. (Amazon/)

The sixteenth entry in the Fire Emblem series, Three Houses, has a deep history, and this turn-based, tactical RPG is estimated to take over 50 hours to “complete” (not that there’s necessarily even a definitive end). It rewards patience and concentration and allows for just enough customization to make it unique and fun.

If you’re interested in exploring the world of indie games, you’ll be happy to know that the Nintendo Switch is designed to be pretty welcoming to indie games. Its marketplace for content is pretty robust, and finding and downloading new content is quick and easy. Nintendo is so confident in what they have you can even download slates of classic NES and Super NES games for free (playing Tecmo Bowl again will touch a certain demographic of gamer deeply and meaningfully).

A unique twist on the horror game is a must-play independent studio option. (Amazon /)

One of the best and most unusual indie game offerings on the Switch, Carrion is a unique twist on the horror video game by putting you in the role of the monster. You start off as a kind of amorphous blob, but you gain the ability to grow, mutate, and evolve as you consume hapless denizens of a research facility. Rather than running for your life or figuring out how to destroy the monster, this is a horror game that lets you relish the joys of being the source of the fear and mayhem. It’s a blast.

Consider peripherals that enhance the game

You can live your gaming life with just a console and a standard controller, but are you really living? To get the most out of your gaming experience, you often have to invest in some after-market add-ons. From steering wheel simulators to virtual weapons to VR wands, these peripherals are usually pretty game-specific but do add a lot of immersive value.

Since it’s designed for maximum versatility, it’s no surprise that the Nintendo Switch meshes really well with a variety of unique and unusual controllers and accouterments. The console itself is practically the size of a large smartphone, so it’s very compatible and amenable to creative usage—something the company has definitely taken advantage of.

To take your gameplay to the next level, you may want to consider games (or activities – the Switch has fitness games that even pair with a Pilates ring controller) that lend themselves to creative controllers or peripherals. With such a variety Nintendo Switch controllers there’s more than one way to enhance your game.

An innovative and challenging series that allows you to construct controllers and enjoy interactive crafts. (Amazon/)

Simply one of the most creative and innovative gaming peripherals ever devised, the Labo Kits are like a mix between an arts & crafts project and gaming peripheral. Making full use of the Switch’s small size, these kits allow you to build cardboard projects—from gaming wheels to VR headsets to robotic parts to musical instruments—that integrate with the console and become interactive play experiences. It’s not often you get to say there’s nothing like this available on any other console, but this is that time.

A final word about the best Nintendo Switch games

The Nintendo Switch is a versatile, flexible, completely unique gaming experience that rewards experimentation and communal play. It’s family-friendly and able to accommodate a surprisingly large catalog of new and classic games. When building that initial library, you have ample opportunities for nostalgia—help yourself to a slew of Mario-themed content—but there are also chances to really experience something new—both in terms of software and physical peripherals. Explore indie games, too, and open yourself up to the cutting edge of game development. For a device that appears smaller and less optically impressive than its console rivals, the Switch is surprisingly powerful and, well, just a lot of fun. Now that you have everything you need to know, you can go ahead and buy some of the best Nintendo Switch games on the market!