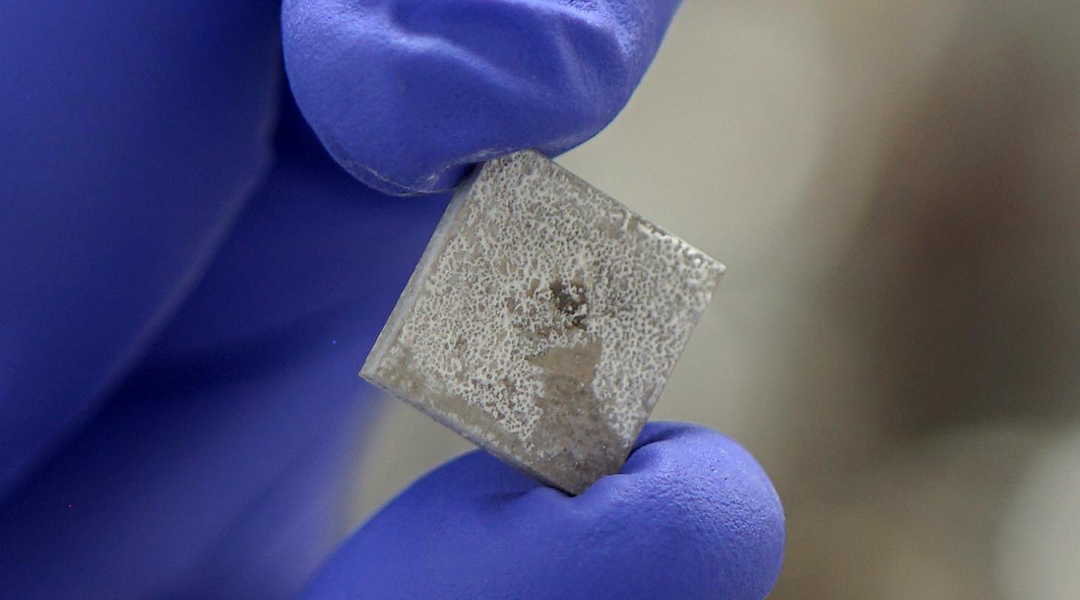 Bone diseases, such as osteoporosis, and injuries as a result of bone density loss are becoming more and more prevalent around the world as a result of an aging population. In the United States alone, osteoporosis and low bone mass are currently estimated to be a major public health threat for almost 54 million women and men aged 50 and older.

Despite the need for advanced treatments to heal bone fractures and prevent the likelihood of another occurring, there are still issues with current implant procedures, such as inflammation, which often requires a secondary surgical procedure, and loose implants resulting from slow integration into the tissue or bone.

A means of mitigating some of these issues has been to coat the implant with an “artificial bone”, more specifically, a material called hydroxyapatite, which is actually a natural component of bone. However, conventional coating methods are not so straightforward, requiring two separate steps — multi-day synthesis and then a separate coating process — to create the desired implant. The process is difficult to use in a clinical setting, and the binding between the coating and implant still tends to be weak, resulting only in minor improvements in treatment outcome.

To solve this problem, a team of researchers led by Dr. Hojeong Jeon at the Korea Institute of Science and Technology (KIST) Center for Biomaterials developed a ceramic artificial bone coating with triple the adhesion strength compared to conventional coating materials. Their findings were published in the journal Advanced Functional Materials.

They created a method to simultaneously synthesize and coat hydroxyapatite onto implants in a single-step process that takes just one hour. According to the study, it involves shining laser pulses onto a desired surface, such as titanium metal or a polymeric implant, which has been immersed in a precursor solution that contains the components needed to create the hydroxyapatite: calcium and phosphoric acid. When the chemical reaction is started using the laser light, the hydroxyapatite forms a coating layer.

The trick here is that the laser beam locally heats the metal or polymer surface to the point where it begins to melt. This means that as the reaction for the artificial bone formation is happening, the surface of the implant becomes malleable, resulting in better absorption and maximal binding strength and the two harden.

The team showed that they were not only able to coat metal surfaces, but even common polymer materials such as orthopedic plastic implants, which has not been possible with conventional processes. This simple and inexpensive protocol is a very creative means of inducing bioactivity in non-bio-active materials, which could help millions of people and transform this area of treatment.

“I anticipate that [this process] will become a game changer in that it will have wide applications to diverse medical devices where osseointegration is needed,” commented Jeon.