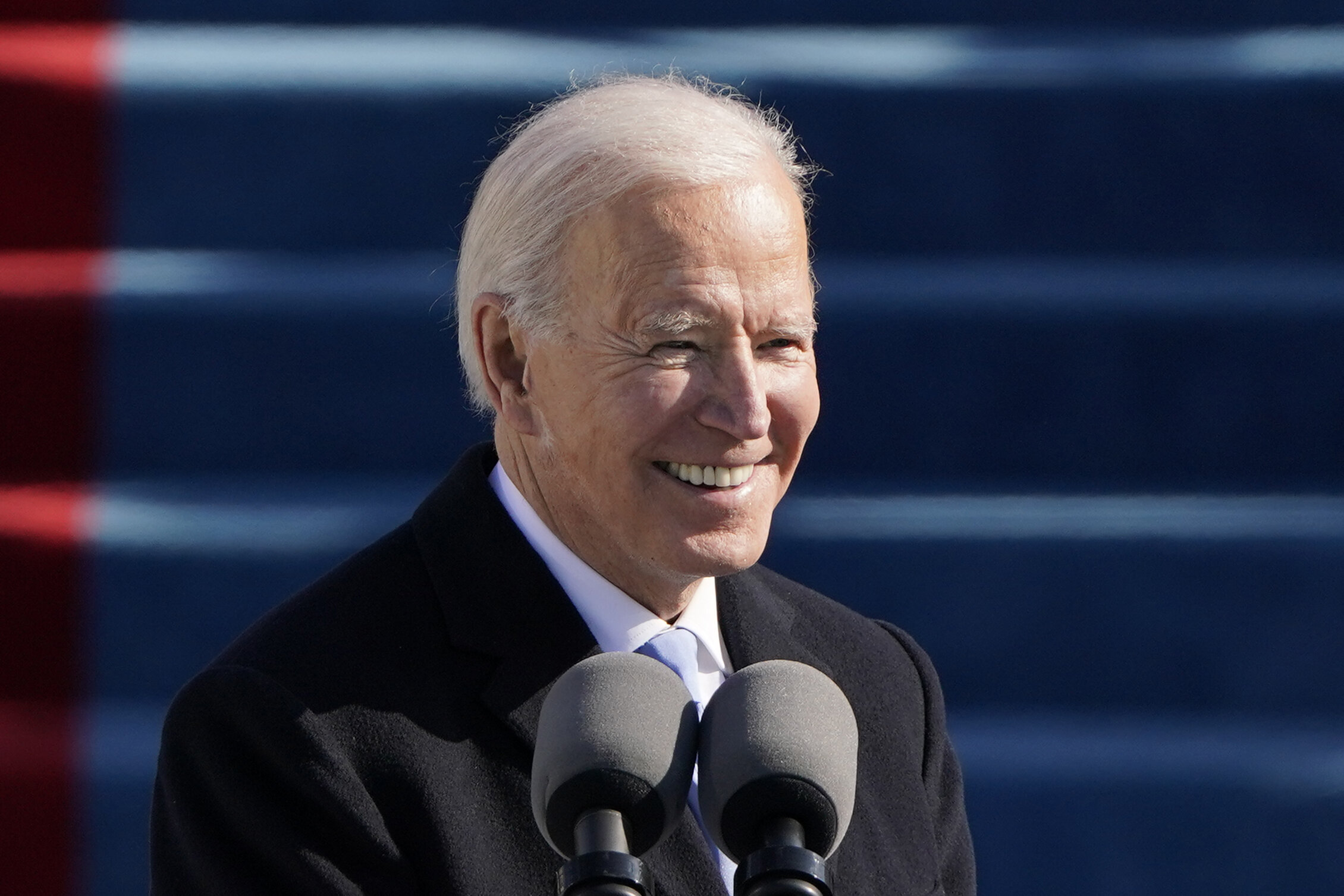 President Joe Biden planned Wednesday to return the United States to the worldwide fight to slow global warming in one of his first official acts, and to immediately launch a series of climate-friendly efforts that would transform how Americans drive and get their power.

“A cry for survival comes from the planet itself,” Biden said in his inaugural address. “A cry that can’t be any more desperate or any more clear now.”

Biden was to sign an executive order rejoining the Paris climate accord within hours of taking the oath of office, fulfilling a campaign pledge. The move undoes the U.S. withdrawal ordered by predecessor Donald Trump, who belittled the science behind climate efforts, loosened regulations on heat-trapping oil, gas and coal emissions, and spurred oil and gas leasing in pristine Arctic tundra and other wilderness.

The Paris accord commits 195 countries and other signatories to come up with a goal to reduce carbon pollution and monitor and report their fossil fuel emissions. The United States is the world’s No. 2 carbon emitter after China.

“Not a single country in this world, however powerful, however resourceful one may be, can do it alone,” said Ban, speaking virtually at a briefing in the Netherlands for an upcoming Climate Adaptation Summit. “We have to put all our hands on the deck. That is the lesson, very difficult lesson, which we have learned during last year,” as Trump made good on his pledge to pull out of the global accord.

Biden also will use executive orders to start undoing other Trump climate rollbacks. He will order a temporary moratorium on new oil and gas leasing in what had been virgin Arctic wilderness, direct federal agencies to start looking at tougher mileage standards and other emission limits again, and revoke Trump’s approval for the Keystone XL oil and gas pipeline.

Another first-day order directs agencies to consider the impact on climate, disadvantaged communities, and on future generations from any regulatory action that affects fossil fuel emissions, a new requirement. Human-caused climate change has been linked to worsening natural disasters, including wildfires, droughts, flooding and hurricanes.

However, there was no immediate word on when Biden would make good on another climate campaign pledge, one banning new oil and gas leasing on federal land.

After Biden notifies the U.N. by letter of his intention to rejoin the Paris accord, it would become effective in 30 days, U.N. spokesman Alex Saier said.

Rejoining the Paris accords could put the U.S. on track to cutting carbon dioxide emissions by 40% to 50% by 2030, experts said.

“There’s a lot we can do because we’ve left so much on the table over the last four years,” said Kate Larsen, former deputy director of the White House Council on Environmental Quality under the Obama administration.

Biden has promised that the needed transformations of the U.S. transportation and power sectors, and other changes, will mean millions of jobs.

Opponents of the climate accord, including Republican lawmakers who supported Trump’s withdrawal from it, have said it would mean higher gas prices and higher electricity prices—even though wind and solar have become more affordable than coal, and competitive with natural gas, in generating electricity.

Republican senators are expected to introduce legislation that would require Biden to submit the Paris plan to the Senate for ratification. It’s not clear whether the narrowly divided Senate would have the two-thirds votes needed to ratify the agreement, which was never approved by Congress.

Supporters say congressional approval is not needed. Most of the pollution-reduction goals set by the agreement are voluntary.

The climate deal is based on each nation setting a goal for cutting carbon pollution by 2030. Other countries submitted theirs by last month. The U.S did not. Saier said America just needs to submit its goal some time before November climate talks in Glasgow, Scotland.

A longtime international goal, included in the Paris accord with an even more stringent target, is to keep warming below 2 degrees Celsius (3.6 degrees Fahrenheit) since pre-industrial times. The world has already warmed 1.2 degrees (2.2 degrees Celsius) since that time.

As of 2020, U.S. emissions were 24% below 2005 levels, but that reflected the extraordinary economic slowdown stemming from the coronavirus pandemic, said climate scientist Zeke Hausfather, energy and climate director for the Breakthrough Institute.

There are two big areas where climate policy deals with day-to-day American life. One is electricity generation, and the other is transportation.

There’s been a quiet transformation, because of market forces that have made wind and solar cheaper than dirtier coal, toward cleaner fuels, and that’s expected to continue so that eventually nearly all of the nation’s power will be low or zero carbon, Larsen and other experts say.

What happens to cars, trucks and buses will be far more noticeable. Several experts foresee the majority of new cars purchased in 2030 being electric.

Five years on, signs that Paris climate accord is working