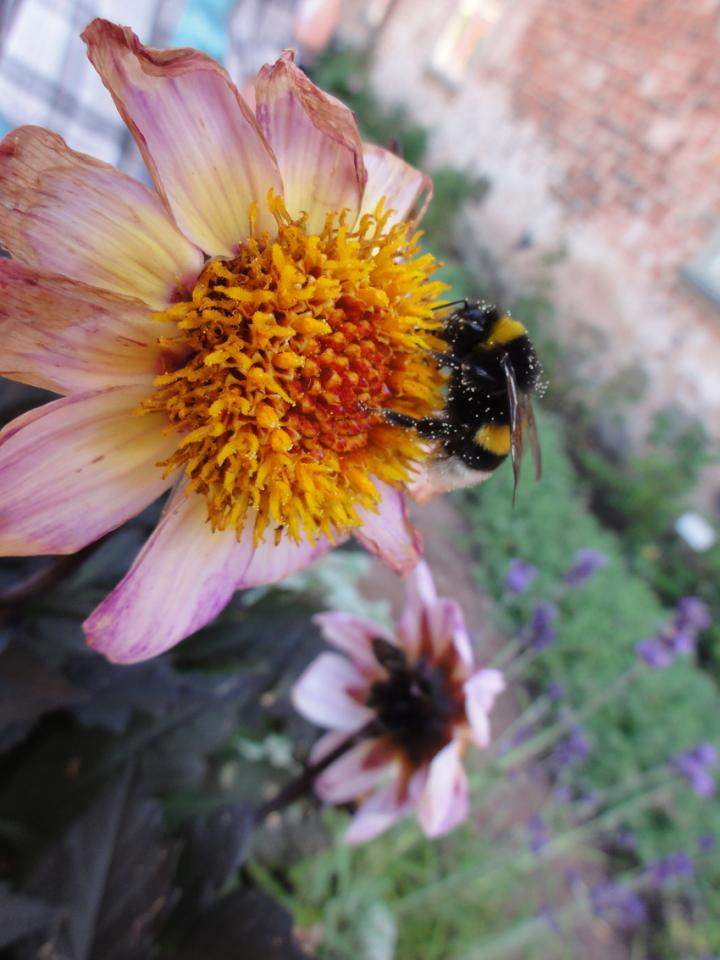 Meanwhile smaller bumblebees – which have a shorter flight range and less carrying capacity – don’t pay special attention to flowers with the richest nectar.

University of Exeter scientists examined the “learning flights” which most bees perform after leaving flowers.

Honeybees are known to perform such flights – and the study shows bumblebees do the same, repeatedly looking back to memorise a flower’s location.

“It might not be widely known that pollinating insects learn and develop individual flower preferences, but in fact bumblebees are selective,” said Natalie Hempel de Ibarra, Associate Professor at Exeter’s Centre for Research in Animal Behaviour.

“On leaving a flower, they can actively decide how much effort to put into remembering its location.

“The surprising finding of our study is that a bee’s size determines this decision making and the learning behaviour.”

The larger the bee, the more its learning behaviour varied depending on the richness of the sucrose solution.

Smaller bees invested the same amount of effort in learning the locations of the artificial flowers, regardless of whether sucrose concentration was high or low.

“The differences we found reflect the different roles of bees in their colonies,” said Professor Hempel de Ibarra.

“Large bumblebees can carry larger loads and explore further from the nest than smaller ones.

“Small ones with a smaller flight range and carrying capacity cannot afford to be as selective, so they accept a wider range of flowers.

“These small bees tend to be involved more with tasks inside the nest – only going out to forage if food supplies in the colony are running low.”

The study was conducted in collaboration with scientists from the University of Sussex.

The bees were observed in greenhouses at the University of Exeter’s award-winning Streatham Campus, and Professor Hempel de Ibarra thanked the university’s Grounds and Gardens team for their continued support.

The study was funded by the Leverhulme Trust.

The paper, published in the journal Current Biology, is entitled: “Small and large bumblebees invest differently when learning about flowers.”