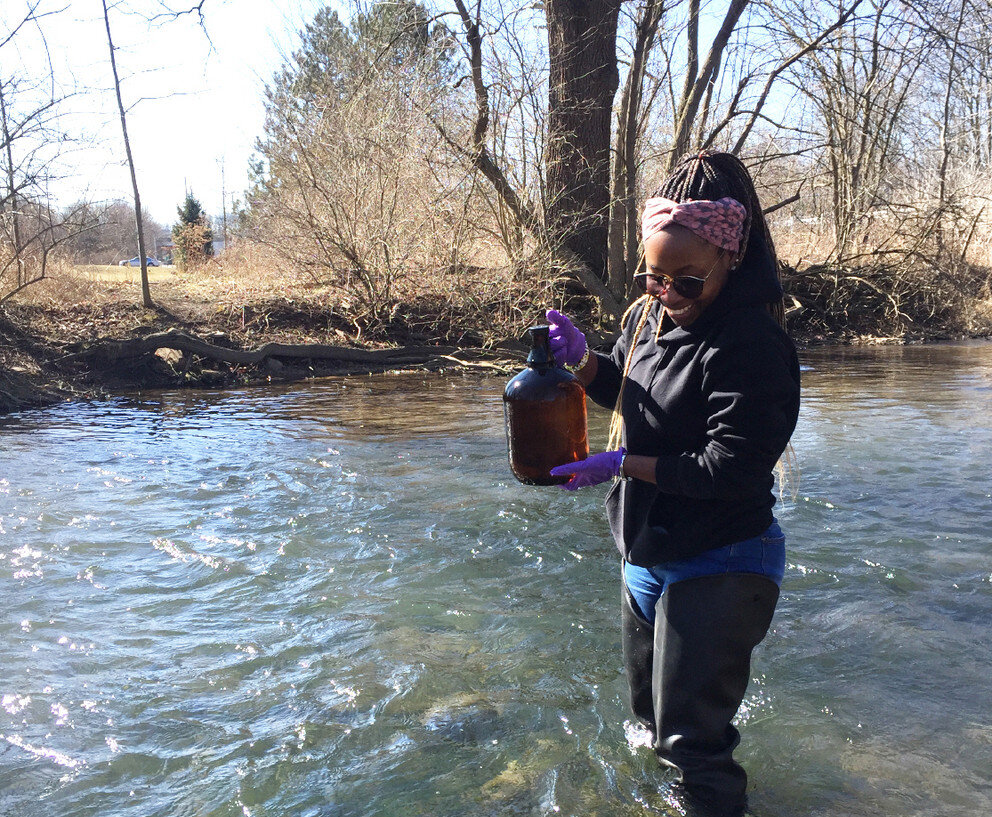 Biochar—a charcoal-like substance made primarily from agricultural waste products—holds promise for removing emerging contaminants such as pharmaceuticals from treated wastewater.

That’s the conclusion of a team of researchers that conducted a novel study that evaluated and compared the ability of biochar derived from two common leftover agricultural materials—cotton gin waste and guayule bagasse—to adsorb three common pharmaceutical compounds from an aqueous solution. In adsorption, one material, like a pharmaceutical compound, sticks to the surface of another, like the solid biochar particle. Conversely, in absorption, one material is taken internally into another; for example, a sponge absorbs water.

Guayule, a shrub that grows in the arid Southwest, provided the waste for one of the biochars tested in the research. More properly called Parthenium argentatum, it has been cultivated as a source of rubber and latex. The plant is chopped to the ground and its branches mashed up to extract the latex. The dry, pulpy, fibrous residue that remains after stalks are crushed to extract the latex is called bagasse.

The results are important, according to researcher Herschel Elliott, Penn State professor of agricultural and biological engineering, College of Agricultural Sciences, because they demonstrate the potential for biochar made from plentiful agricultural wastes—that otherwise must be disposed of—to serve as a low-cost additional treatment for reducing contaminants in treated wastewater used for irrigation.

“Most sewage treatment plants are currently not equipped to remove emerging contaminants such as pharmaceuticals, and if those toxic compounds can be removed by biochars, then wastewater can be recycled in irrigation systems,” he said. “That beneficial reuse is critical in regions such as the U.S. Southwest, where a lack of water hinders crop production.”

The pharmaceutical compounds used in the study to test whether the biochars would adsorb them from aqueous solution were: sulfapyridine, an antibacterial medication no longer prescribed for treatment of infections in humans but commonly used in veterinary medicine; docusate, widely used in medicines as a laxative and stool softener; and erythromycin, an antibiotic used to treat infections and acne.

The results, published today (Nov. 16) in Biochar, suggest biochars made from agricultural waste materials could act as effective adsorbents to remove pharmaceuticals from reclaimed water prior to irrigation. However, the biochar derived from cotton gin waste was much more efficient.

The research revealed that a temperature increase, from about 650 to about 1,300 degrees F in the oxygen-free pyrolysis process used to convert the agricultural waste materials to biochars, resulted in a greatly enhanced capacity to adsorb the pharmaceutical compounds.

“The most innovative part about the research was the use of the guayule bagasse because there have been no previous studies on using that material to produce biochar for the removal of emerging contaminants,” said lead researcher Marlene Ndoun, a doctoral student in Penn State’s Department of Agricultural and Biological Engineering. “Same for cotton gin waste—research has been done on potential ways to remove other contaminants, but this is the first study to use cotton gin waste specifically to remove pharmaceuticals from water.”

For Ndoun, the research is more than theoretical. She said she wants to scale up the technology and make a difference in the world. Because cotton gin waste is widely available, even in the poorest regions, she believes it holds promise as a source of biochar to decontaminate water.

“I am originally from Cameroon, and the reason I’m even here is because I’m looking for ways to filter water in resource-limited communities, such as where I grew up,” she said. “We think if this could be scaled up, it would be ideal for use in countries in sub-Saharan Africa, where people don’t have access to sophisticated equipment to purify their water.”

The next step, Ndoun explained, would be to develop a mixture of biochar material capable of adsorbing a wide range of contaminants from water.

“Beyond removing emerging contaminants such as pharmaceuticals, I am interested in blending biochar materials so that we have low-cost filters able to remove the typical contaminants we find in water, such as bacteria and organic matter,” said Ndoun.

Biochar can be tailor-made for range of environmental benefits, research shows