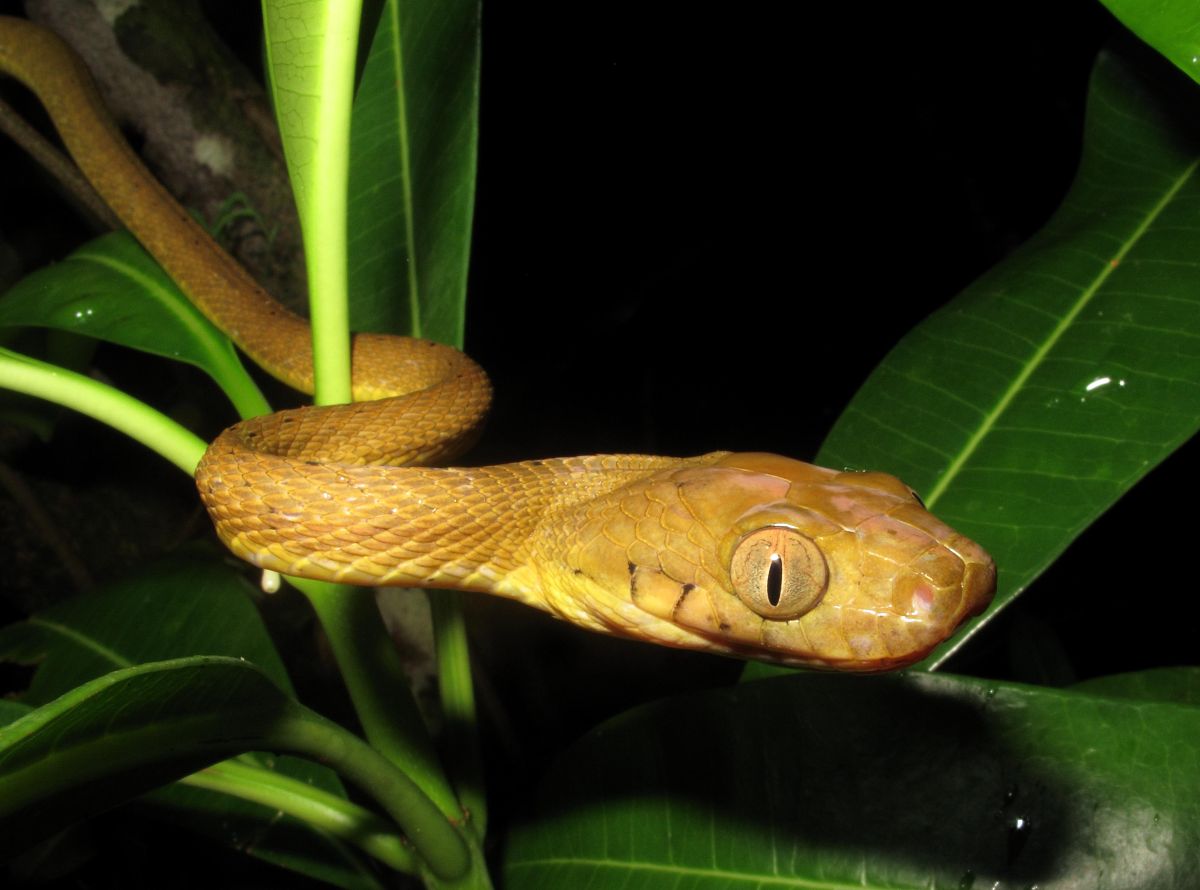 Brown tree snakes can turn their bodies into lassos to shimmy up power poles and trees — a superpower that has allowed the species to invade new territory, new research has found.

This is the first time in nearly 100 years that a new type of snake locomotion has been identified.

The bizarre behavior allows brown tree snakes (Boiga irregularis) — a nocturnal species first introduced to Guam, in the western Pacific Ocean, in the late 1940s or early 1950s — to climb large, cylindrical objects that cannot be scaled using any of the other four known types of snake locomotion — rectilinear, lateral undulation, sidewinding and concertina.

Researchers have named the new behavior “lasso locomotion” because it involves the snake wrapping its body around a cylinder in a lasso-like shape and shuffling upward.

Related: Why are some snakes so venomous?

“I’ve been working on snake locomotion for 40 years, and here, we’ve found a completely new way of moving,” study co-author Bruce Jayne, a professor of biological sciences and an expert on snake locomotion at the University of Cincinnati, said in a statement. “Odds are, there is more out there to discover.”

Researchers from Colorado State University (CSU) accidentally discovered the lasso shuffle during a project designed to protect the nests of Micronesia starlings, one of only two native forest species remaining in Guam.

Lead researcher Julie Savidge, an emeritus professor in the department of fish, wildlife and conservation biology at CSU, first documented the decline of Micronesia starlings and other birds on the island in the 1980s. Even back then, she knew brown tree snakes were devastating the local starling population, but she could not explain how the snakes were able to climb high enough to reach the tall nests.

The snakes’ extraordinary climbing ability is also a well-documented problem for locals, as the reptiles frequently climb power poles and cause electrical outages across the island, according to the National Invasive Species Information Center.

The CSU project aimed to protect the starling nests using a 3-foot (1 meter) metal baffle — a tube-like structure that surrounds the trunk of the tree and prevents most animals from climbing up. The researchers used camera traps to capture footage of their setup and to determine how effective it was.

“Initially, the baffle did work, for the most part,” Tom Seibert, a fellow member of the emeritus faculty at CSU, said in a statement. “We had watched about four hours of video and then all of a sudden, we saw this snake form what looked like a lasso around the cylinder and wiggle its body up.”

“We watched that part of the video about 15 times,” he said. “It was a shocker. Nothing I’d ever seen compares to it.”

After seeing the footage the team reached out to Jayne, who confirmed that the bizarre behavior was a new type of snake locomotion. He described the brown tree snake as a “champion climber,” according to the statement.

All other snakes climb using concertina locomotion, which involves bending sideways to grip two different points at once. But with lasso locomotion, the snake uses its body to create the loop of the lasso and form a single gripping region, according to the new research.

“The snake has these little bends within the loop of the lasso that allow it to advance upwards by shifting the location of each bend,” Jayne said in the statement. “It’s impressive. They can climb vertically, using even the tiniest projections on a surface, and they can bridge enormous gaps in the tree canopy. They can push themselves up vertically more than two-thirds of their body length.”

Now, the researchers are planning to use what they have learned to achieve what they first set out to do on Guam: foil the snakes and protect the endangered starlings.

“We can now potentially design baffles that the snakes can’t defeat,” Savidge said in the statement. However, “it’s still a pretty complex problem.”

The study was published Jan. 11 in the journal Current Biology.