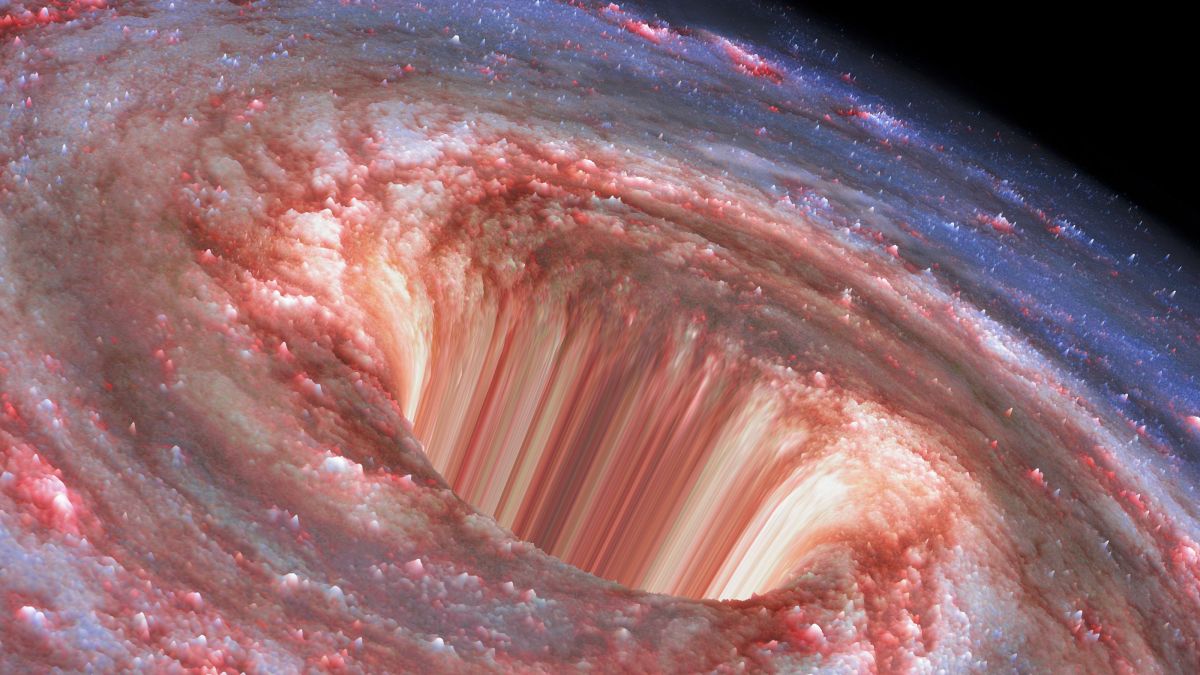 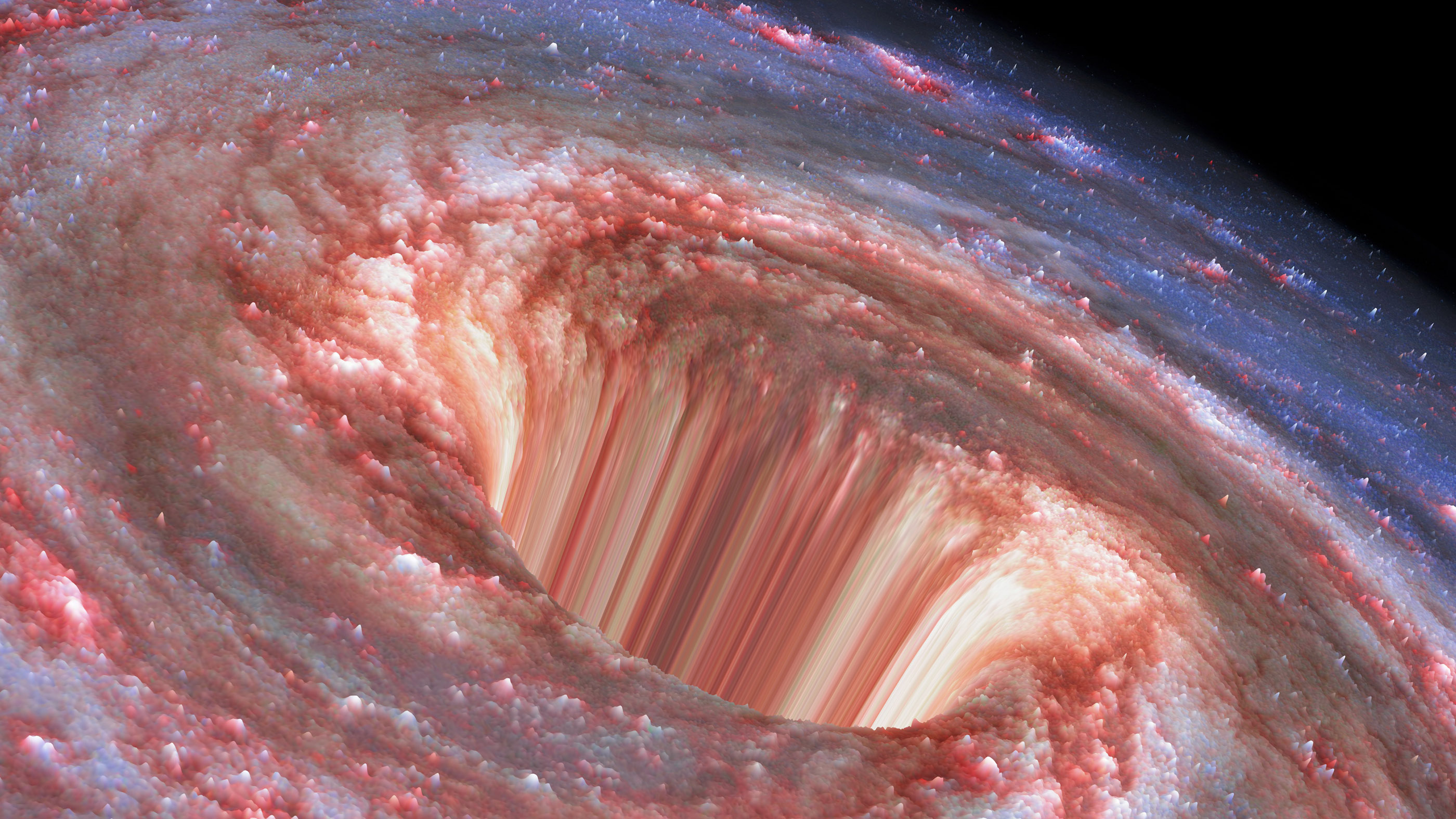 Black holes are powerful engines of pure gravity, capable of pulling on objects so intensely that they can’t possibly escape.

When those objects near the event horizon, they’re accelerated to incredible velocities. Now, some physicists are suggesting harnessing the gravitational pull of black holes to create ferocious particle accelerators. The trick, the new study finds, is to carefully set everything up so that particles don’t get lost forever in the insatiable black hole. This new insight may help us identify black holes from the streams of particles blasting away from them.

Let’s say a particle starts falling into a black hole. As it gets closer to the black hole, it speeds up, just like a ball speeds up as it rolls down a hill. In fact, it’s much worse than a ball rolling down a hill, because the gravity of a black hole is so strong that particles can fall in faster than the speed of light

The event horizon — the distance from the black hole where infalling particles reach the speed of light — defines the boundary of the black hole.

Related: What would happen if you fell into a black hole?

If a particle falls in, it is lost forever, locked behind the event horizon with no hope of escape. When thinking about making a particle accelerator, that region is a no-go, as an accelerator that never spits out particles wouldn’t be any fun.

But that’s the story of just one lonely particle. When two or more particles are involved, things can get interesting.

Going to the extreme

If two particles approach a black hole, they each receive a huge boost in energy. Our current particle colliders accelerate heavy particles to over 99% of the speed of light, but it takes a lot of work (and in the case of the world’s largest atom smasher, the Large Hadron Collider, a ring of superconducting channels nearly 17 miles, or 27 kilometers, long). Black holes create this kind of insane acceleration simply by existing.

As the two particles approach the event horizon, their speeds ratchet up. And if they just so happen to have the right combination of incoming speed and direction, they can ricochet off each other, sending one of them plummeting to its doom, as the other skirts the edge of the event horizon before flying off to safety.

These events are rare, but previous research has found that the particles are capable of smashing together with arbitrarily high energies — it all depends on how close they can get to the event horizon (and how close they get to the speed of light) at the moment of collision.

This rimshot particle accelerator would work even better for rotating black holes. Due to their extreme spin, these types of black holes can rotate space-time around the event horizon, allowing more particles to reach the vicinity of the event horizon before flying off to infinity.

There is one catch to this story, however. Due to the complex nature of the mathematics involved, this black-hole-as-particle-cannon scenario has only been explored in the case of what’s known as “extremal” black holes. These are theoretical black holes that are the smallest possible mass that can rotate at a given speed. In real life, scientists think that almost all (if not absolutely all) black holes are much more massive than they strictly need to be.

This would make real-life black holes “non-extremal,” which means that until now, physicists weren’t sure if they could act as particle colliders or not.

Making it all work

It turns out, they do, thanks to new research published on Oct. 1 in the preprint database arXiv and set to publish in the journal Physics Review D. The new research found that more realistic black holes — including massive, rotating black holes and electrically charged black holes can still accelerate particles usefully.

It’s not a generic particle gun, however. In order to get the high-speed kick required, the incoming particles have to be rushing in at already high speeds, which kind of negates the point. But the researchers found that multiple, low-speed collisions can take place near the event horizon, leading to the desired high-energy output.

Unfortunately, since the collisions have to occur near the event horizon in order to reach such insane energies, when they escape the black hole they have to fight against all that almost-overwhelming gravity, slowing them down before they reach true freedom in interstellar space. Thankfully, the researchers found a solution for that problem too, showing that high-energy collisions can occur around rotating black holes without getting too close to the event horizons — meaning that particles can shoot off in a blaze of glory.