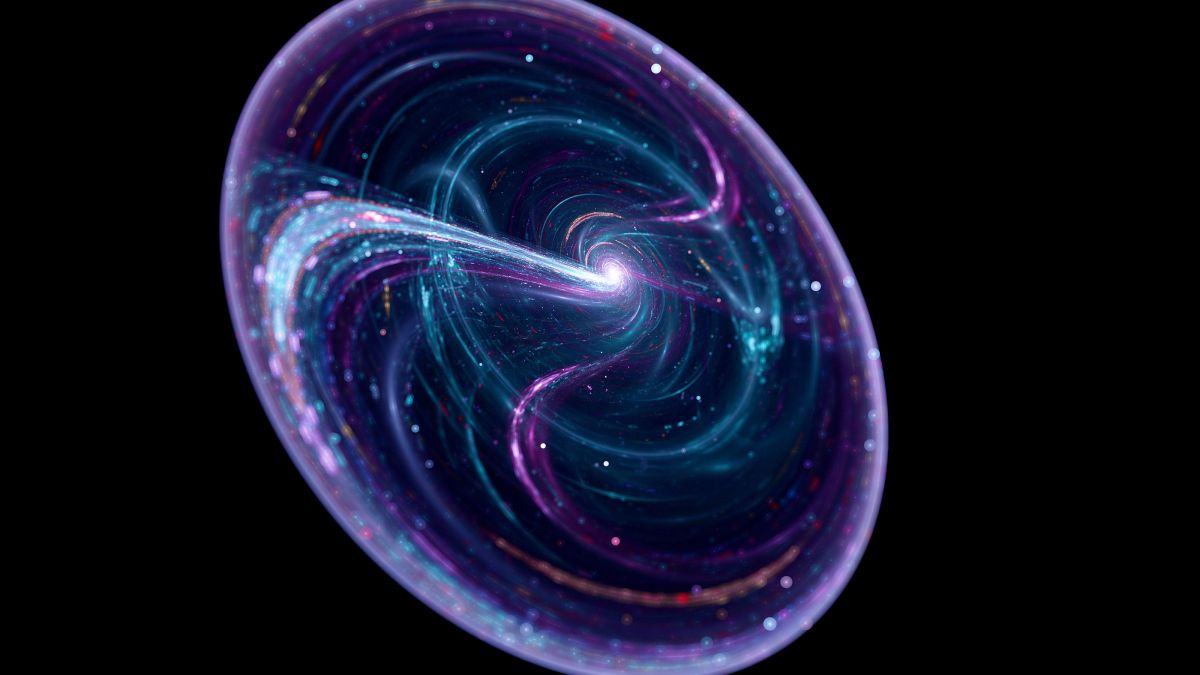 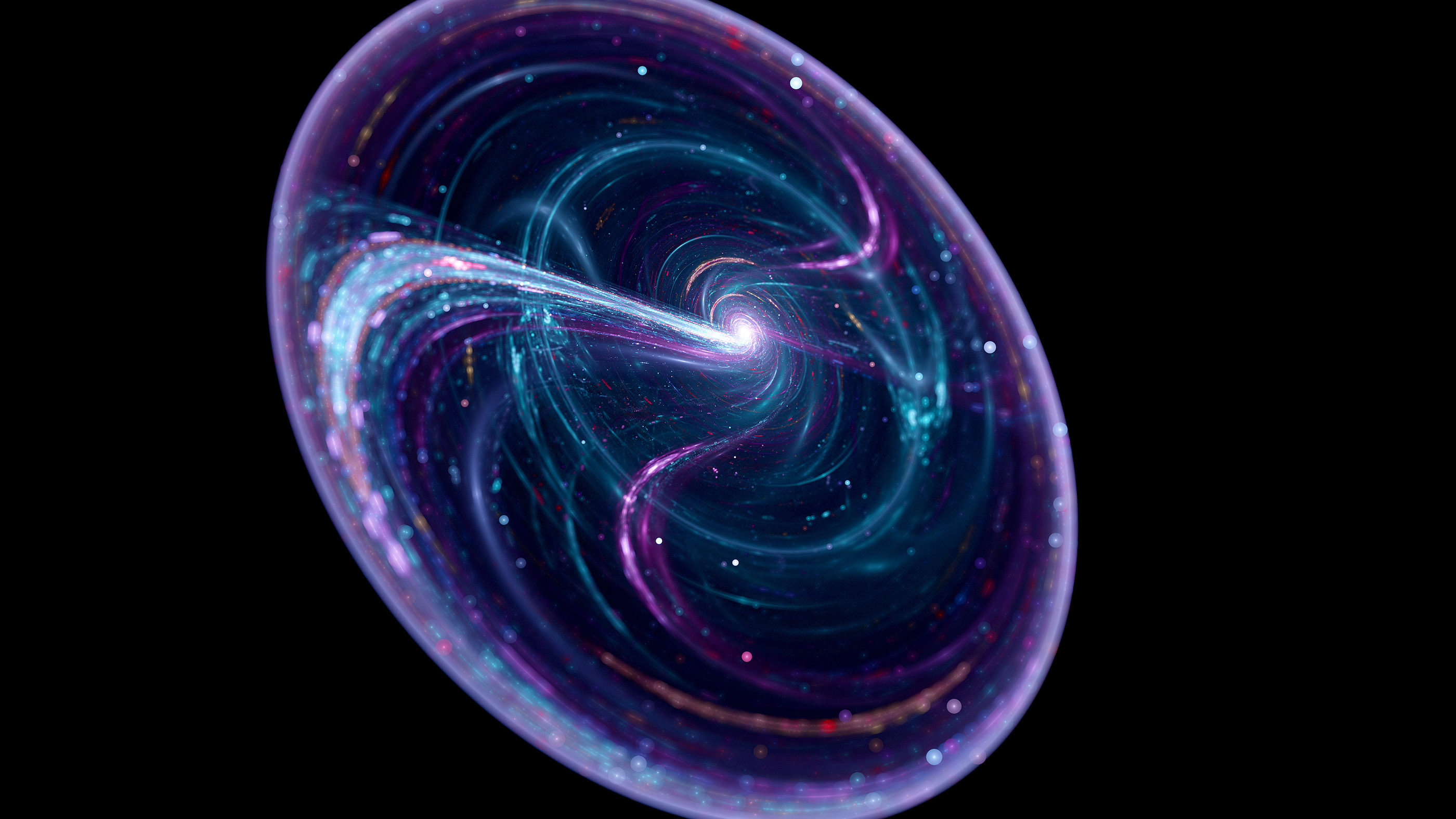 Black holes are, by far, the most mysterious objects in the universe. They are objects in the cosmos where all of our knowledge of physics completely breaks down.

And yet, despite their apparent impossibility, they exist. But what if these gravitational monsters aren’t black holes at all, but rather the cosmic equivalent of fuzzy, vibrating balls of string?

New research suggests that may be the case, and that with upcoming observations we may actually be able to see them.

The problem of black holes

Black holes appear in Einstein’s theory of general relativity, and by all rights they simply shouldn’t exist. In that theory, if a clump of matter crunches down into a tiny enough volume, then gravity can become overwhelmingly strong. This insane gravitational compression can out-compete any of the other four fundamental forces of nature — like the strong nuclear force that holds that clump of matter together. Once a certain critical threshold is reached, the clump of matter just squeezes and squeezes, compressing down into an infinitely tiny point.

That infinitely tiny point is known as the singularity, and it’s encircled by a surface known as the event horizon — the place where the inward pull of gravity exceeds the speed of light.

And that’s not the only problem. In 1976, physicist Stephen Hawking realized that black holes aren’t completely black. Due to the weirdness of quantum mechanics, black holes slowly evaporate. This led to a paradox: All the information that falls into a black hole gets locked inside. But Hawking’s radiation doesn’t carry away that information (at least, as far as we understand). So when the black hole eventually evaporates, what happens to all that information?

Over the decades, theoretical physicists have been hard at work to find something — anything — to explain black holes. Something that explains the information paradox and something to replace the singularity with math that works.

Among those theorists are the ones working on string theory, which is a model of the universe that replaces all the particles and forces that you love with subatomic, vibrating strings. In string theory, these strings are the fundamental constituents of matter in the universe, but we can’t see them as strings because they’re so small. Oh, and in order for the math of string theory to work, there must be extra dimensions — all tiny any curled up on themselves to subatomic scales so that we don’t see those, either.

String theory claims to be a theory of everything, capable of explaining every kind of particle, every kind of force, and basically everything in the universe (and, for completeness, the whole entire universe itself).

In string theory, black holes are neither black nor holes. Instead, the best metaphor to explain what a fuzzball is to look at another compact-and-weird object in the universe: neutron stars.

Neutron stars are what happens when an object doesn’t quite have enough gravity to compress into what we call a black hole. Inside a neutron star, matter is compressed into its highest density state possible. Neutrons are one of the fundamental constituents of atoms, but they usually play along with other particles such as protons and electrons. But in a neutron star, that kind of atomic camaraderie breaks down and dissolves, leaving behind just neutrons crammed together as tightly as possible.

With fuzzballs, the fundamental strings stop working together and simply crowd together, becoming a large, well, ball of strings. A fuzzball.

Fuzzballs aren’t fully fleshed out, even in theory, because as cool as string theory sounds, nobody has ever been able to come up with a complete mathematical solution for it — and so fuzzballs aren’t just fuzzy in physical reality, but also fuzzy in mathematical possibility.

Still, we might be able to find fuzzballs with upcoming surveys, as described in a review article published Oct. 27 in the preprint journal arXiv. We are just now beginning to move past proving the existence of black holes and toward

probing the details of how they behave, and our best way to do it is through gravitational waves.

When black holes collide and merge, they release a tsunami of gravitational waves, which wash across the cosmos, eventually reaching our detectors on Earth. For all the dozens of black hole mergers that we’ve witnessed so far, the gravitational wave signature is exactly what general relativity predicts black holes to do.

But future instruments, like the advanced Laser Interferometer Gravitational-Wave Observatory (LIGO) and Laser Interferometer Space Antenna (a proposed space-based gravitational wave detector), might have the sensitivity to tell the difference between normal black holes and stringy fuzzballs. I say “might” because different fuzzball models predict different variations from standard black hole behavior.

If we are able to find evidence for fuzzballs, it wouldn’t just answer the question of what black holes really are; it would reveal some of the deepest underpinnings of nature.