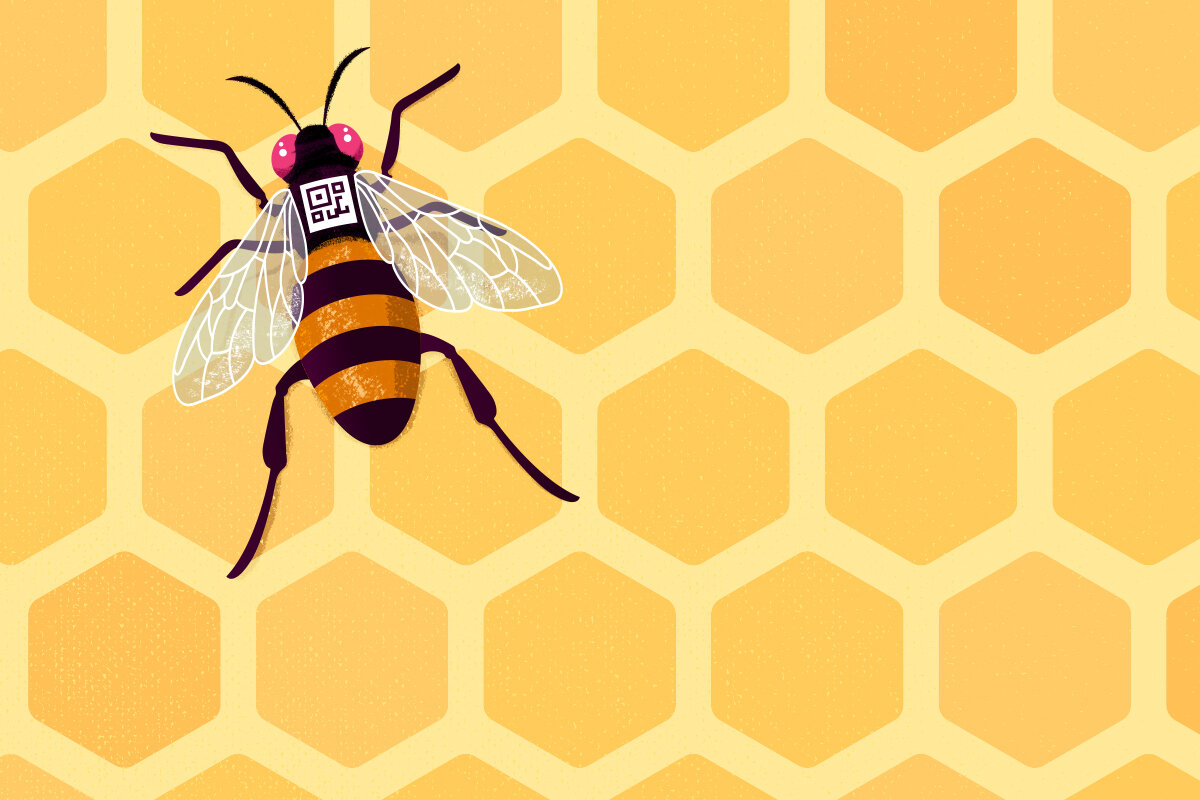 An unusual study that involved bar coding and tracking the behavior of thousands of individual honey bees in six queenless bee hives and analyzing gene expression in their brains offers new insights into how gene regulation contributes to social behavior.

The study, reported in the journal eLife, reveals that the activity profile of regulator genes known as transcription factors in the brain strongly correlates with the behavior of honey bees, the researchers said. A single transcription factor can induce—or reduce—the expression of dozens of other genes.

“If the queen in a colony dies and the workers fail to rear a replacement queen, some worker bees activate their ovaries and begin to lay eggs,” said Beryl Jones, a former graduate student at the University of Illinois Urbana-Champaign who led the study with entomology professor Gene Robinson, the director of the Carl R. Woese Institute for Genomic Biology at the U. of I.; and Sriram Chandrasekaran, a professor of biomedical engineering at the University of Michigan. Jones is a postdoctoral researcher at Princeton University.

“We wanted to compare egg-laying and foraging behaviors because they are quintessential examples of selfish and cooperative behaviors,” Robinson said.

Under typical conditions, queens lay eggs and workers forage. Studies that focus on differences in the brains and behavior of queens and foragers must contend with the fact that queens are fed and nurtured differently during development than worker bees, making any differences in gene regulation difficult to interpret. By studying queenless colonies, the researchers were able to analyze only worker bees and could therefore avoid this complication.

“Another challenge in studying how genes influence behavior is that behavior varies over time and also between individuals,” Robinson said. “Hence, we automatically tracked the behavior of thousands of individual bees, 24/7, using small bar codes and computer vision to generate an unusually large dataset to help answer our questions.”

The scientists used computational algorithms to look for patterns of brain gene activity in the bees. They found consistent differences in gene regulation between bees that devoted themselves to foraging and those primarily focused on egg-laying. These patterns of transcription-factor regulation were so distinct that the researchers could use them to predict whether individual bees were foragers or egg-layers.

The analysis revealed that a small number of egg-laying worker bees also engaged in foraging. These “generalist” bees had an intermediate gene-expression profile between the foraging specialists and the egg-laying specialists.

“Some of the transcription factors we identified as important for honey bee behavior were previously identified as influencing the evolution of social behavior in other species,” Robinson said. “This suggests our findings will aid in understanding how social behavior evolved and is regulated in multiple species, including, perhaps, humans.”

Provided by
University of Illinois at Urbana-Champaign