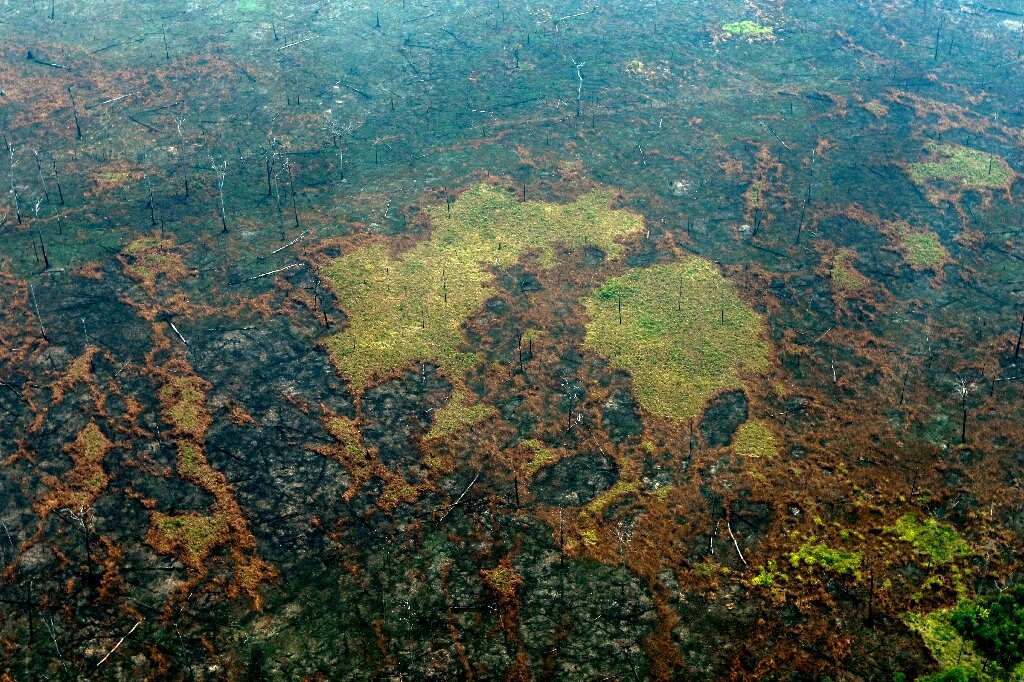 The number of wildfires in Brazil increased 12.7 percent last year to a decade-high, according to official figures likely to add to pressure on President Jair Bolsonaro’s government over the destruction of the Amazon rainforest.

There were a total of 222,798 wildfires across Brazil in 2020, the highest number since 2010, according to the Brazilian space agency, INPE.

That included more than 103,000 fires in the Brazilian Amazon, an annual increase of nearly 16 percent, said INPE, which uses satellite images to track fires and deforestation.

It also included more than 22,000 fires in Brazil’s share of the Pantanal, the world’s largest wetlands, which were devastated last year by an annual increase of more than 120 percent.

The Amazon and Pantanal are two of Earth’s most valuable ecosystems.

The Amazon, the world’s biggest rainforest, is considered vital to curbing climate change because of the carbon dioxide it absorbs from the atmosphere.

About 60 percent of the rainforest is in Brazil.

The Pantanal, further south, is a paradise of biodiversity that stretches from Brazil into Bolivia and Paraguay.

Nearly a quarter of the Brazilian Pantanal was devastated by fires last year, amid the region’s worst drought in nearly half a century.

Images of charred landscapes strewn with animal carcasses shocked the world, drawing criticism of Bolsonaro’s government for failing to stop the destruction.

Bolsonaro, a far-right climate change skeptic, also faces attacks over the sharp rise in Amazon deforestation on his watch.

Activists say his push to open protected Amazon lands to agribusiness and mining and his government’s funding cuts for environmental protection programs are fueling the destruction.

Deforestation wiped out an area larger than Jamaica in the Brazilian Amazon in the year to August, a 12-year high, according to the space agency’s PRODES monitoring program.

Experts say the fires in the Amazon are mostly set by people clearing land for farming and ranching.

The number of fires in the Brazilian Amazon had already risen by 48.7 percent in 2019, Bolsonaro’s first year in office, triggering global outcry.

A type of material that allows the flow of electricity with little resistance is called a conductor. Like the copper in the electrical wiring in...
Editors’ Highlights are summaries of recent papers by AGU’s journal editors. Source: Geophysical Research Letters The European Alps, sometimes described as the ‘water towers of...
On January 31, Governor Tim Walz of Minnesota signed the Protect Reproductive Options Act (PRO Act) into law, enshrining the “fundamental right” to access abortion...
This tiny soft robot can be steered through the branches of the lungs without causing damage for safer diagnosis. In recent years, soft robotics has...
Demographics of WTD population sampled and tested for SARS-CoV-2. Retropharyngeal lymph node (RPLN) samples were collected from free-ranging hunter-harvested WTD during the hunting Season 1...
Scientists have spotted an enormous, 'alien' comet streaking straight towards the sun. The 3.7 mile-wide (6 kilometers) space iceball, called 96P/Machholz 1, is thought to have...