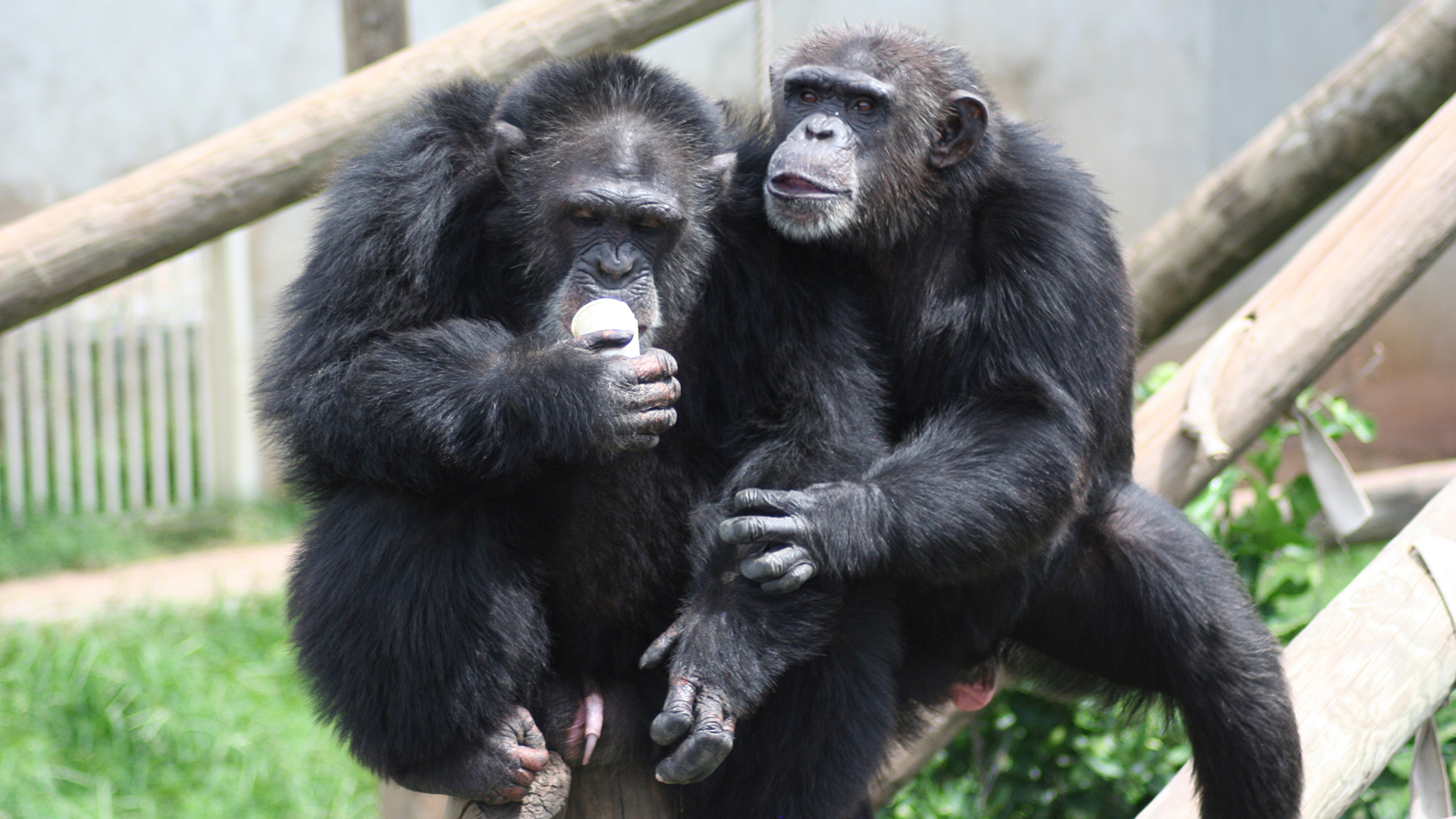 The building blocks of human language were around at least 40 million years ago, long before humans evolved, scientists have discovered.

Researchers recently found that humanity’s last shared ancestor with great apes and monkeys — our closest primate relatives — had evolved the ability to detect relationships between groups of sounds, a foundational skill for understanding language, according to the new study.

Structurally, language is made up of sentences, and in a sentence, every word has meaning. But meaning also comes from grammar, or how the words are arranged. Being able to recognize and interpret relationships between phrases in a sentence is an important part of how our brains process language.

To explore the origins of that ability, researchers created an original “language” of audio tones in six acoustic categories, grouping the tones to form “sentences.” They then tested humans, marmosets and chimpanzees to see if all three groups could recognize when the structure of a “sentence” was incorrect, and the scientists found “notable similarities” in all the primate subjects’ responses, according to a new study.

In human languages, groups of words in a sentence may be connected even when they’re not right next to each other — a relationship known as nonadjacent dependency. For example, in the phrase “The dog that bit the cat ran away,” the act of running away is linked to “the dog,” and not “the cat.”

For the study, researchers composed computer-generated sounds that could be combined into sequences, like phrases in a sentence.

“Of course these sounds are meaningless,” said lead study author Stuart Watson, a postdoctoral research fellow in the Department of Comparative Linguistics at the University of Zürich in Switzerland.

“But the fact that sound ‘A’ always occurred in the same sequences as sound ‘B’ gave them a kind of relationship one could begin to compare with syntax,” Watson told Live Science in an email. The researchers then familiarized 24 humans, 17 chimps and 16 marmosets with these “artificial grammar” sequences; next, they recorded subjects’ responses to grammar that broke the established rules.

For non-human participants, “we exposed them to the sounds for five hours, spread out over a week, before testing whether they had learned anything,” Watson said.

Prior experiments had established that monkeys, which diverged from our last shared ancestor about 40 million years ago, could recognize these grammatical violations, the study authors reported. Chimps and humans diverged more recently, just 5 million to 6 million years ago. By testing chimps as well as humans and marmosets, a type of Old World monkey, the scientists hoped to learn if this cognitive ability originated in a common ancestor — in which case it would be shared by all three primate groups — or if it appeared only in monkeys and humans because of convergent evolution, in which similar traits evolve independently in different species.

The study authors found that all of the groups were able to not only recognize the rules of the new “language,” but also to spot when those rules were overturned. For the chimps and marmosets, this meant that when they heard audio sequences that broke the rules, they spent more time looking toward the speakers than they did when the grammar of the “sentences” was correct. This suggests that the cognitive ability to process nonadjacent dependencies in language was in place at least 40 million years ago, when humans, apes and monkeys last shared a common ancestor and before language itself had evolved.

However, a number of questions still remain, Watson said.

“If primates have the intelligence necessary to process these complex acoustic sequences, why don’t they produce structures of similar complexity in their own communication system?” Watson asked. Perhaps in this aspect of language development, humans are unique among primates, he explained.

However, it’s also possible that other primates possess these capabilities for communicating with each other, “and we just haven’t identified them yet,” Watson said.

The findings were published online Oct. 21 in the journal Science Advances.