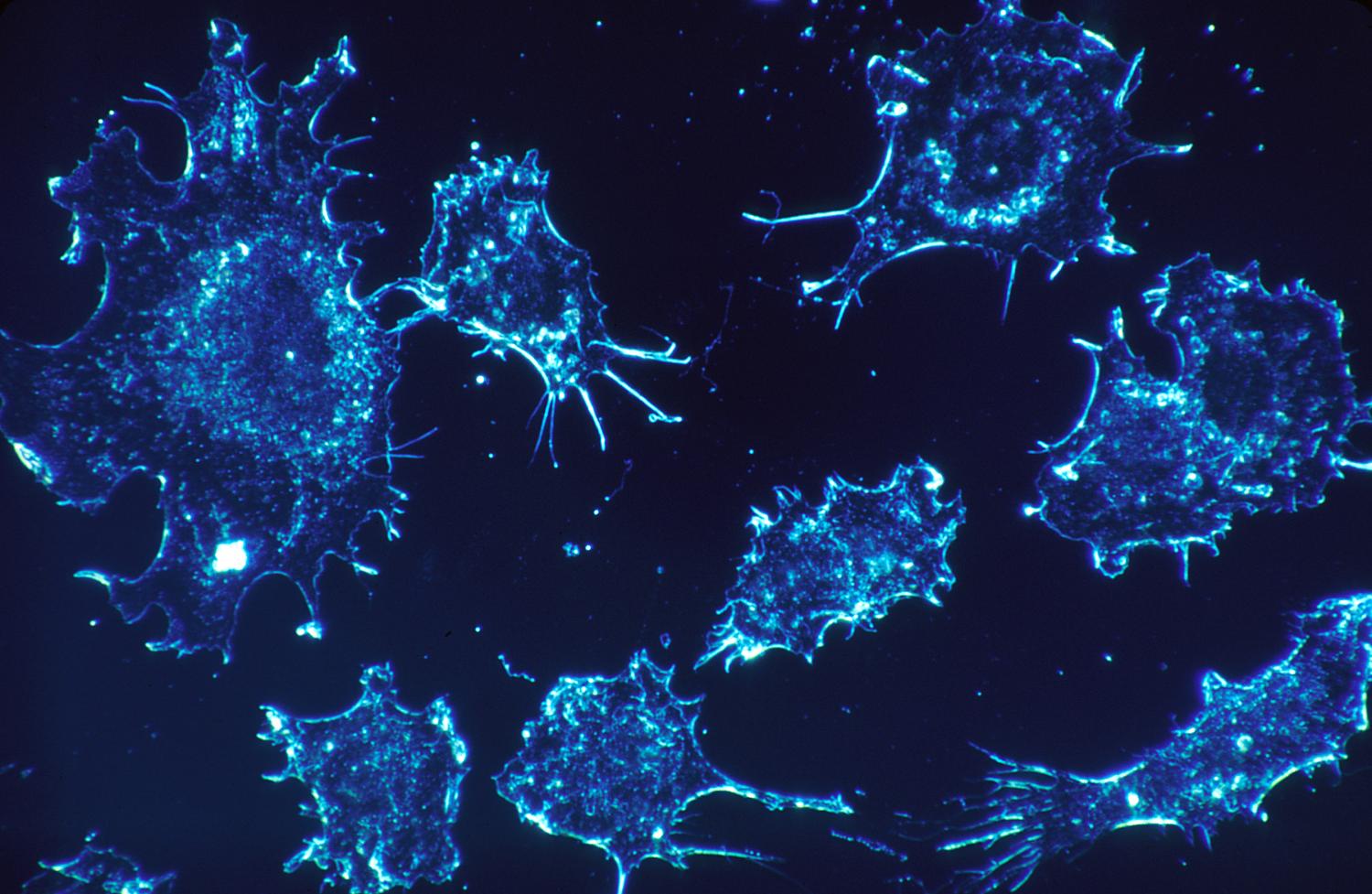 Cancer cells spread by switching on and off abilities to sense their surroundings, move, hide and grow new tumors, a new study has found.

This sensitivity to their surroundings is the key ability that makes small numbers of cancer cells better at spreading than other cells in a tumor, scientists at the University of Reading discovered.

The researchers developed a new method combining evolutionary biology and artificial intelligence techniques to study the movement and shape of cancer cells in more detail than ever, to learn why some can move more easily to different parts of the body and grow new tumors.

They found some cells displayed an apparent ‘awareness’ and ability to react to their surroundings, that was previously thought to be lost in of cancer. This means they may be able to adapt their shape to navigate barriers like blood vessel walls or other competing cells far more efficiently in order to replicate elsewhere.

The findings, published in the journal Proceedings of the Royal Society B, may help to explain why some cancers prove more aggressive than others, and could in the future allow doctors to target these ‘super cells’ before they spread, giving future cancer patients a greater chance of recovery.

George Butler, a mathematical biologist at the University of Reading who led the study, said: “Unlike healthy human cells, cancer cells were thought to lose their sense of what is around them early in cancer progression, meaning they are effectively blindfolded to their surroundings, focusing instead on replicating to form the primary tumor. Our observations showed for the first time that some cancer cells are able to switch this awareness back on, removing the blindfold to help them move to other locations more efficiently.

“These more spatially-aware cells react by changing shape when they encounter objects, perhaps allowing them to slide past other cells, through membranes into the blood stream and arrive in other parts of the body, where they switch back into replication mode and form new tumors.”

Scientists first put a sample of breast cancer cells through a natural selection process in order to evolve sets with enhanced movement or colonization traits.

Some cells were put into an ‘obstacle course‘, mimicking movement around a human body, with the most successful separated into a group with strong mobility traits. Others were allowed to grow in a small piece of rat lung, resembling the kind of tissue where tumors form, to form a group of strong colonizers.

The two groups of cells were compared against a control group in the lab so scientists could examine the differences between them in detail to learn what makes some better at moving than others.

A computer program was used to observe the behavior of the cells in plastic dishes, to analyze their shape and movement far more quickly than a human could.

The mobile group of cells that were more closely packed together were seen to change shape more rapidly to avoid neighboring cells, while they changed shape less frequently in more sparse environments. This suggests they are able to raise or lower their spatial awareness depending on their surroundings to make them more efficient in all environments.

The new methods of computer vision analysis developed by the team could also be used in other contexts, for example to measure the formation of blood clots or track the movements of sperm cells.

What do breast cancer cells feel inside the tumour?

More information:
A phenotypic switch in the dispersal strategy of breast cancer cells selected for metastatic colonisation, Proceedings of the Royal Society B (2020). rspb.royalsocietypublishing.or … .1098/rspb.2020.2523
Provided by
University of Reading