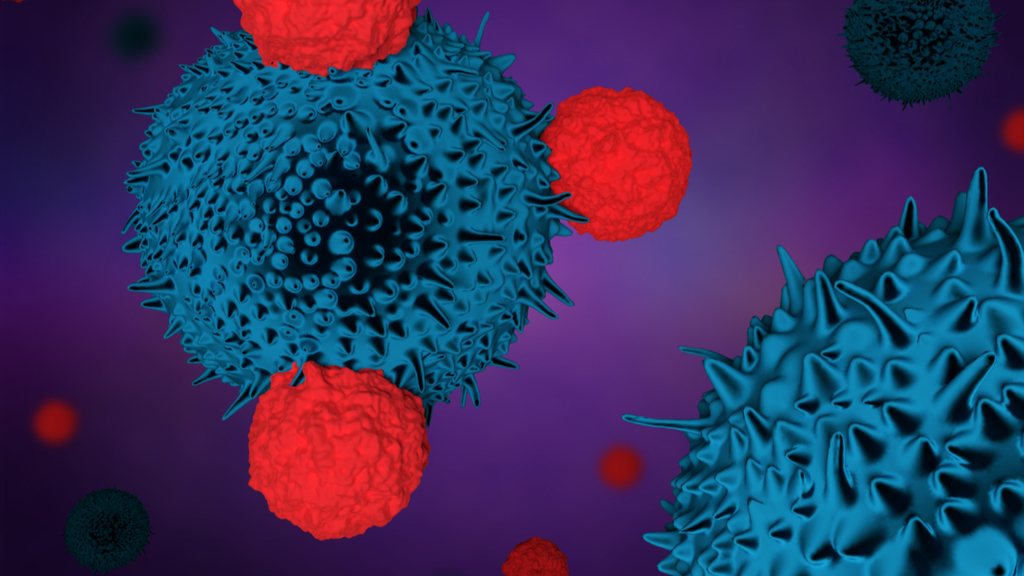 A personalized “cancer vaccine” may help keep a deadly form of skin cancer from growing for years, a small new study in humans suggests.

Unlike vaccines that prevent infections, such as measles and influenza, cancer vaccines are a form of immunotherapy that take down cancer cells that already exist. The vaccines train immune cells, called T cells, to better recognize cancer and target it for destruction, while sparing healthy cells in the body.

For example, the new experimental vaccine works by training T cells to spot specific proteins on melanoma cells, a type of skin cancer. In the study, scientists found that the T cells continue to “remember” these proteins for at least four years after the vaccination — and they even learn to recognize more melanoma-related proteins over time.

Related: 7 odd things that raise your risk of cancer (and 1 that doesn’t)

“The only way that could have happened is if there was actually killing of the tumor cells. And presumably it was the T cells induced by the vaccine that did that killing,” said study author Dr. Catherine Wu, a physician-scientist with the Dana-Farber Cancer Institute and Harvard Medical School in Boston and the Broad Institute in Cambridge, Massachusetts. That’s because, once killed, tumor cells fall apart and spill their contents; T cells then swoop in to examine these remains and log that information away for future attacks, Wu said.

While the results are promising, the new study only included eight patients, and more trials need to be conducted to pin down exactly how effective the vaccine is, she added. But as of now, the limited data hint that the vaccine triggers a persistent immune response and can help keep cancer under control, especially when combined with other immunotherapies, the authors noted.

The new study, published Jan. 21 in the journal Nature Medicine, included patients with advanced melanoma who had recently undergone surgery for the cancer. The researchers took samples of the patients’ removed tumors and used them to craft personalized vaccines for each of the eight participants.

“It’s not just taking something off the shelf, but actually taking information directly from the patient’s own tumor in order to direct the composition of the vaccine,” Wu said. By examining RNA, a genetic blueprint for proteins inside the cells, the team predicted which unique proteins would be built in different cancer cells; these proteins, called neoantigens, act like a red flag to the immune system.

The final vaccines contained segments of these neoantigens, so the patients’ immune cells could learn what they looked like and track the cancer down.

The eight participants each received their personalized vaccine around 4 months after surgery, and the team collected safety data for several years after that. The patients only experienced mild side effects, such as fatigue and flu-like symptoms, the authors noted. The team also collected blood samples at several points during the trial, up to a median of four years after vaccination, to examine patients’ T cell responses.

“What’s really striking is the durability of the responses,” said study author Dr. Patrick Ott, a medical oncologist with the Dana-Farber Cancer Institute, Harvard Medical School and Broad Institute. “You see persistent responses in all treated patients several years out,” he said. In addition to being long-lived, the responses diversified over time, meaning T cells learned to recognize neoantigens that weren’t present in the original vaccines.

By the end of the 4-year follow-up period, all eight patients were alive and six out of eight showed no signs of active disease. That said, some had experienced cancer recurrence earlier in the study period and received additional treatments.

“From the beginning, we conceived vaccines as a very important adjunct therapy that can be used in combination with other potent agents,” Wu said. In other words, no one expected the vaccines, alone to completely eliminate the patients’ cancer. And because several patients received treatment during the trial, the team could see whether the vaccine amplified or undermined these therapies.

Two of the patients who received additional treatment stood out, in this respect. In both their cases, the cancer had spread to their lungs and they received drugs called “checkpoint blockades,” which essentially rip the brakes off of T cells and help amplify their activity. With both the vaccine and checkpoint blockade drugs in their systems, both patients’ detectable cancer was quickly eliminated.

“It’s fairly unusual to see a complete response just after the initial treatment period … which was the case in both patients,” Ott said. This is an early signal that the vaccine is working together with those checkpoint drugs, basically boosting the effect of the drugs, he said.

In general, only a fraction of melanoma patients benefit from checkpoint blockade drugs, said Dr. Pawel Kalinski, director of Cancer Vaccine and Dendritic Cell Therapies at the Roswell Park Comprehensive Cancer Center in Buffalo, New York, who was not involved in the study. Other studies have also hinted that cancer vaccines can boost the efficacy of such drugs, so the new clinical trial adds to that evidence, he said in an email.

That said, “in this small number of patients, [it’s] hard to draw significant conclusions on the effect of checkpoint inhibitors,” Dr. Joshua Brody, director of the Lymphoma Immunotherapy Program at the Icahn School of Medicine at Mount Sinai, who was not involved in the study, said in an email. However, logically, “we imagine” that the vaccines do boost the effects of these drugs and that such findings should hold up in larger clinical trials, Brody said.

Theoretically, vaccines could be given to patients to prime their immune systems and drive T cells toward the site of the cancer; then, checkpoint blockade drugs would come in for the kill, Ott said. While it’s not known why some patients don’t respond to checkpoint blockades, alone, evidence hints that the drugs work best when T cells are already at the tumor site, Nature News reported; so vaccines may help set up the drugs for success. Vaccines and checkpoint blockades could also be paired with various adjuvants — substances that provoke a strong immune response — and substances that support T cell survival, Kalinski said.

But of course, many more trials will need to be conducted before that future becomes a reality.

“The data presented in the current paper is certainly very provocative, but addresses relatively few patients whose tumors were completely resected” via surgery, Kalinski said. Future trials will need a control group — to see how patients who have surgery plus the vaccine fare compared  with those who have surgery, alone, he said. In addition, scientists will need to figure out which T cell responses are associated with long-term positive outcomes, he added.

In addition, to be practical in medical care, the vaccines need to be produced more quickly than they were in this study, Wu noted. During the trial, vaccine production took between 12 and 20 weeks; in the future, this process could be streamlined to take only four to five weeks, she said.