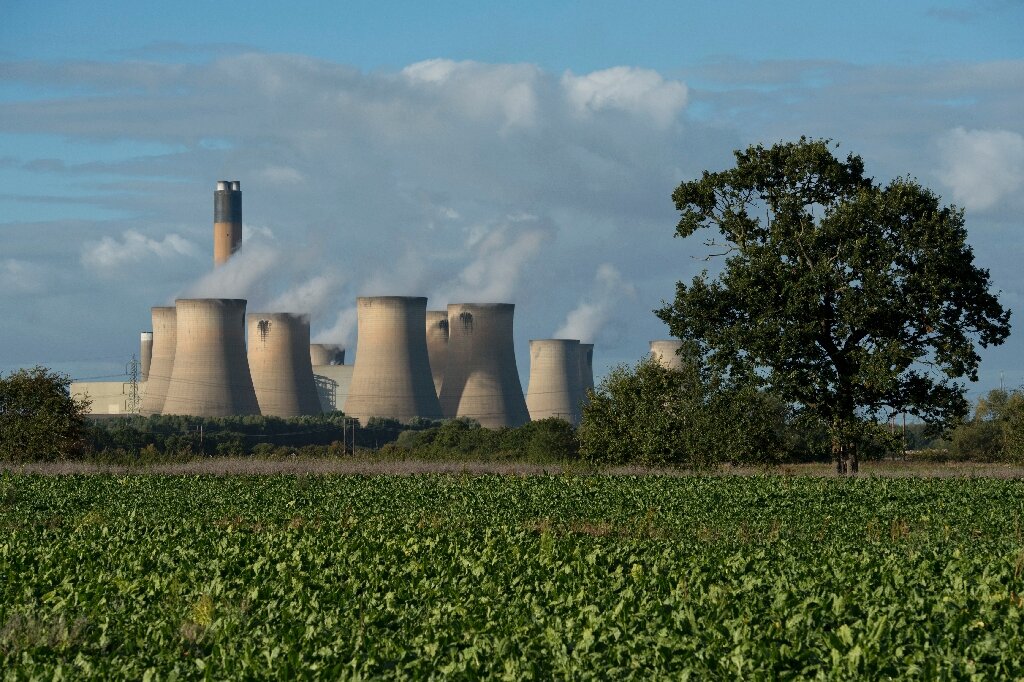 Technology for capturing carbon from industrial emissions and storing it may still be in its early stages, but proponents believe it can become a major tool in the fight against climate change.

For its methods to rollout on a scale large enough to make a difference, though, experts and critics say carbon capture and storage (CCS) still has to overcome a host of logistical and financial hurdles.

CCS techniques are designed to capture and store carbon dioxide generated by power stations using fossil fuels as well as industrial plants from steelmakers to refineries and petrochemical plants.

A portion can be reused meanwhile, a process known as carbon capture, utilisation, and storage (CCUS).

The procedure is not new, with the first site set up in Texas in the early 1970s.

Despite growing interest in the technology, however, to date only about 20 sites exist worldwide, according to the Global CSS Institute, as it fights popular suspicion that CCS distracts from the goal of moving away from fossil fuels.

The International Energy Agency says the technology has enormous potential and that it may play a “critical” role in helping to smooth the path to achieving net zero emissions.

“After years of slow progress, new investment incentives and strengthened climate goals are building new momentum behind CCUS,” the IEA said in a September report, pointing to 30 projects that have come on stream in the last three years.

The IEA maintains that CCUS has a positive role to play in sectors whose carbon footprint is hard to reduce significantly, such as cement production.

Hydrocarbons producers see the technology as a means of justifying their use of natural gas to produce electricity or hydrogen.

The Oil and Gas Climate Initiative (OGCI), which groups major sector players, has made CCS a priority.

Oil giants such as BP, Equinor, Shell and Total are in the vanguard of its development.

Equinor, Shell and Total are partners in a large Norwegian project to stock CO2 beneath the North Sea.

“Oil companies have advantages compared with other industries when it comes to operating in these CCUS activities,” says Moez Ajmi of Ernst & Young France.

“CO2 capture activity is close, in size of projects and their complexity, to refining and petrochemical activities; CO2 transport is close to transport of gas and finally storage requires geological knowledge which the oil exploration and production industries already possess,” Ajmi says.

Still, a potential factor that could hold the technology back is “the limited number of sites to sequester the carbon,” says Nicolas Berghmans of the independent Institute for Sustainable Development and International Relations (IDDRI).

Cost is another limiting factor.

“There would really have to be a regulatory framework with a much stronger and stable carbon price in due course allowing for industrial investment in the necessary infrastructure,” Berghmans says.

In France, the ecological transition agency Ademe has identified only limited capture potential in three industrial zones it has assessed.

The agency sees capture as “a risky solution which arrives as a last resort in a cost-benefit analysis.”

Environmental NGOs also remain sceptical of a process they have long regarded as a “false solution”.

Their criticisms include the risk of stocked CO2 leakage, the likelihood of increased energy requirements in the actual deployment of capture and storage technology and the justification of maintaining emissions which comes with that.

“Public financial aid must be orientated as a priority to greenhouse gas emissions reduction at source,” said Cecile Marchand of Friends of the Earth.

Officials: Carbon capture project would be largest in world

Citation:
Carbon capture a tool in climate fight, but at what cost? (2020, December 9)
retrieved 9 December 2020
from https://phys.org/news/2020-12-carbon-capture-tool-climate.html