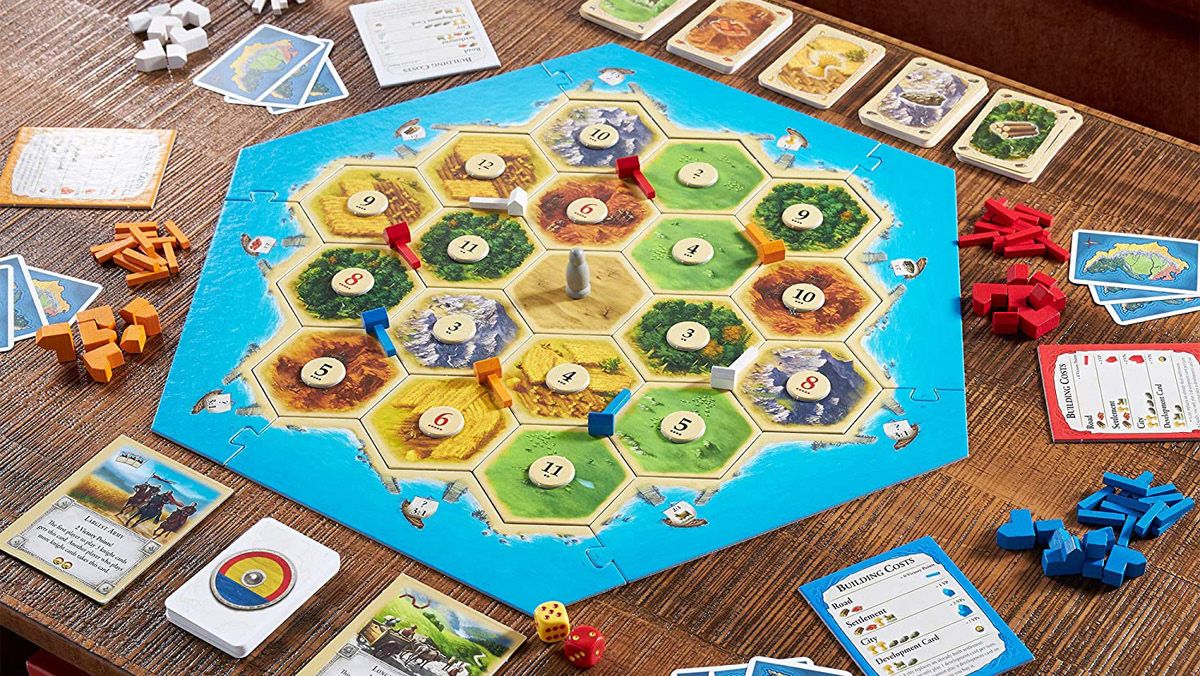 Two renowned strategy games, Catan and Ticket to Ride are among the most successful board games in the world, and right now on Amazon you can pick up each of them with a huge 55% off the usual price! This saves you over $30 for each game. Don’t be too slow however, as these deals will not be around for long!

Originally released in 1995, and previously called Settlers of Catan, game developer CATAN GmbH claims their game is regularly played by 20 million people worldwide. Now you and up to three other players can join the adventure, and also check out one of the many expansions on the original game — including Star Trek Catan now 23% off —  also on sale this Black Friday!

Catan: $24.69 at Amazon
One of the most popular board games ever, right now you can get 55% off the base game at Amazon, saving you over $30.
View Deal

Three to four players compete over resources and territory, trading and building to expand their settlements across a map of hexagonal tiles. Players must collect and spend wood, sheep, ore, wheat and brick to upgrade their settlements, build roads and purchase development cards. With different terrain tiles placed randomly, each game session is unique from the last, making for great replay value.

Meanwhile, Ticket to Ride is the inter-railing adventure game that sees players race around North America, strategically connecting major cities with rail track while trying to out-wit their opponents. There’s plenty of risk and reward gameplay, as players decide whether to travel safe with shorter routes, or dare to connect a long route across the continent. There are also many versions of the base game including Ticket to Ride: Europe, which is also 55% off this Black Friday!

Since Catan’s release there are now dozens of expansions on the core set, opening new rules, gameplay mechanics and scenarios. You can even find alternative versions of the main game with Game of Thrones and even Star Trek receiving the Catan treatment.

Meanwhile, different versions of Ticket to Ride can see you adventuring across Europe or New York in a taxi cab! You can also find junior versions of both Catan and Ticket to Ride, to help get younger players into board games.

Star Trek Catan: $50.15 at Amazon
The final frontier gets the Catan treatment, as players set out to settle strange new worlds beyond Federation territory. Including original series Enterprise characters on playable cards, right now you can begin your own Star Trek adventure with 23% off.
View Deal

Ticket to Ride: Europe: $24.74 at Amazon
The adventure continues across the ocean as players race across the continent, from Spain to Russia, with new game mechanics also introduced. You can get over $30 off the usual price this Black Friday!
View Deal

A Game of Thrones Catan: $47.49 at Amazon
Your watch begins with this spin on the original game inspired by George R. R. Martin’s novels and the HBO series. Fight off wildlings, defend the Wall and rise to become the Lord Commander with an epic 40% off this Black Friday.
View Deal

Ticket to Ride: First Journey: $15.74 at Amazon
For younger passengers taking their first steps into the world of board games, this is a fun and accessible introduction, with a scaled down map of the USA to traverse. Save 55% on a copy now at Amazon!
View Deal

Catan Explorers & Pirates expansion : $44 at Amazon
Take your settlers to the high seas, with this expansion on the core game. Discover new islands and harvest new ocean resources across five different scenarios. You can now save 20% on the usual price at Amazon. Requires core game to play.
View Deal

Catan Junior: $25 at Amazon
If you’re looking to get your little ones into board gaming, this Junior version of Catan is designed for players as young as 5, with a scaled-back game board and easily understood rules. Get a copy now for under $25!
View Deal

Ticket to Ride: New York: $18 at Amazon
In this slimmed down travel version focused just on the Big Apple, players race across the city in taxi cab pieces, connecting the iconic locations of Manhattan and beyond. You can save 10% on the usual price now at Amazon.
View Deal

Check out the best Osmo deals available this Black Friday!