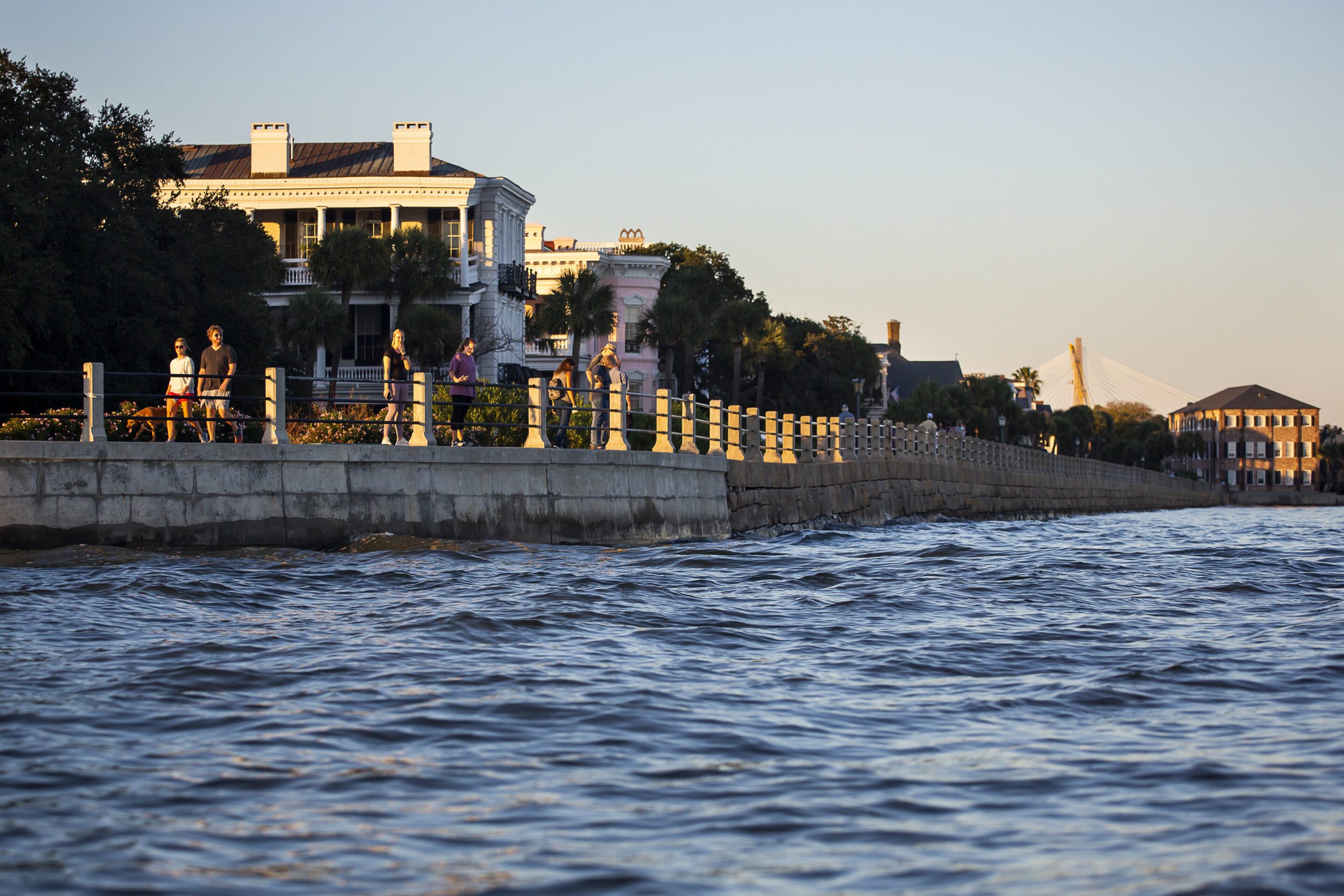 Vickie Hicks, who weaves intricate sweetgrass baskets in Charleston, South Carolina’s historic city market, remembers climbing onto the table at her grandmother’s booth downtown when the floodwaters rushed by.

“God’s taking back his land,” she said.

Now, the low-lying Atlantic seaport is considering its most drastic measure yet to protect the lives and livelihoods of residents like Hicks from the threats of climate-driven flooding: walling off its peninsula from the ocean.

Although residents recognize the need for action before Charleston is overwhelmed by the unfolding effects of climate change, many are not certain the wall will do enough to address flooding woes that go beyond storm surges. Some oppose walling off the city from its picturesque waterfront that helps draw millions of visitors each year. Others fear the wall will damage wetlands and wildlife, or that poor neighborhoods will be left out of flooding solutions.

Though Charleston has remained relatively unscathed this hurricane season, the city of 136,000 has seen higher tides and wetter, more frequent rainstorms in recent years with climate change.

There’s also the threat each year that hurricane-driven storm surge could inundate the city’s peninsula, which is at the confluence of three rivers and mostly less than 20 feet (6.1 meters) above sea level.

Earlier this year, the Army Corps of Engineers unveiled a proposal for an eight-mile-long (12.9-kilometer-long) wall that would surround the peninsula and reach a height of 12 feet (3.7 meters) above sea level.

The barrier is reminiscent of fortifications that colonists built around Charleston 350 years ago to keep out invaders, but the Corps says the new wall is designed to keep out storm surge.

The agency’s proposal includes a floating breakwater offshore and some nonstructural measures, such as raising homes not situated behind the sea wall. The entire project is estimated to cost $1.75 billion.

The Corps has three years and $3 million to find a fix for storm surge on the peninsula, though there’s no guarantee yet that it will be funded and built.

The Charleston study is part of $111 million funded by Congress in 2018 to address flooding and coastal storm issues in 14 states, Puerto Rico and the U.S. Virgin Islands. The wall is one of several engineering solutions, along with pumps, surge gates and levees proposed by the Corps in cities including Miami and Galveston, Texas.

Mark Wilbert, Charleston’s chief resilience officer, said the city needs to do something to address current flooding and plan for the future.

“Why the wall? Why now?” Wilbert said. “It’s about preparedness. You know, it’s about preserving property and preventing lives lost for a future that we know will bring more frequent storms, more intense storms, in an area that we know is very vulnerable to that.”

The Corps plan, which requires city approval and cost sharing, has created confusion among some residents who wonder why the city might pursue a solution only for storm surge at the expense of other flooding problems.

The Corps says it’s constrained by its congressional mandate, which doesn’t address other sources of flooding the city faces, such as stormwater runoff. That’s mostly handled by the city.

A call for public comments this summer elicited hundreds of responses.

Conservation groups said the proposal needed a more rigorous environmental review, because the wall would cut through water-absorbing wetlands and wildlife habitats.

Resoundingly, residents said they needed more time to make sense of the proposal that would wall off one of the city’s most defining traits—the waterfront, with its oleander-lined promenades, antebellum houses, fountains and expansive oaks—from the harbor.

Trying to please everyone by expanding the wall’s scope may drive the project’s costs past viability, Wilbert said, noting non-structural measures such as raising flood-prone homes could still provide adequate protection to neighborhoods left out of the plan.

The plan focuses on the peninsula, where the city’s economic engines—its historic downtown, tourism hub and medical district—are located although some neighborhoods extend beyond that.

The wall stops short of two mostly Black neighborhoods—one a low-income apartment complex and the other a historic community called Rosemont.

The Corps has said both areas are high enough to use other solutions, such as floodproofing homes and buying out property owners. But residents of Rosemont, many elderly, are not readily able to move, said Nancy Button, Rosemont Neighborhood Association president: “Where are they going to go?” she said.

Naomi Yoder from the environmental policy organization Healthy Gulf questioned whether money for expensive engineering solutions posed by the Corps in coastal cities could be better used to elevate and fortify houses, and to create evacuation corridors for disasters. “Is there really a possibility for us to out-engineer the storms?” Yoder said.

Whether the city builds the wall or not, the process has accelerated the conversation Charleston needs to have about sea level rise, said Winslow Hastie of the Historic Charleston Foundation.

“There’s a benefit to the community coming together and having some soul searching,” he said.

Historic US towns endured wars, storms. What about sea rise?