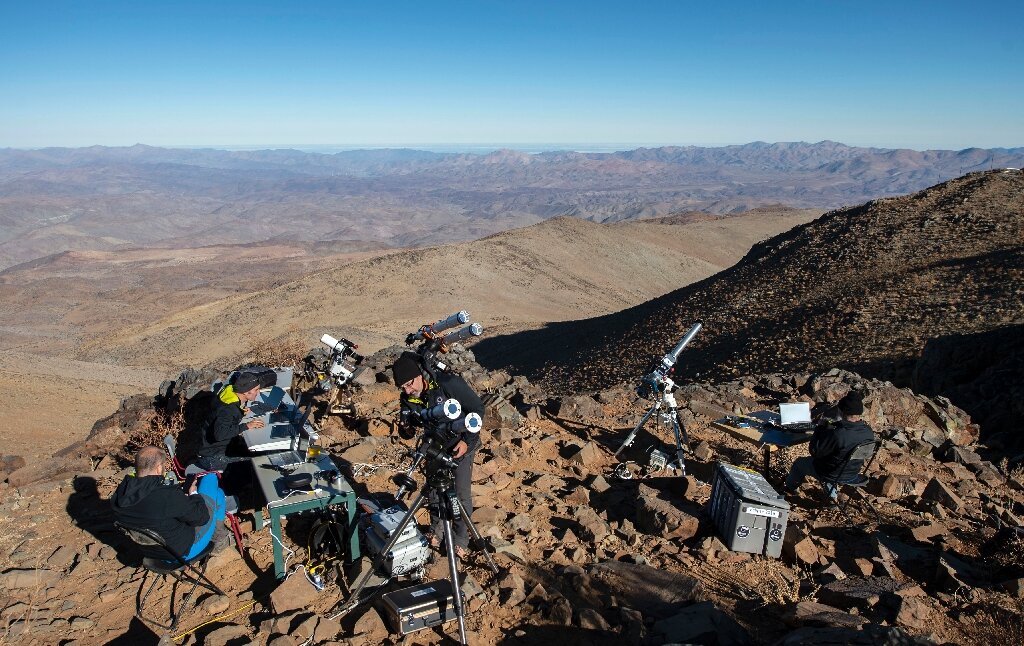 Chileans will turn their eyes to the sky on Monday to admire a total eclipse of the sun, but unlike last year’s phenomenon their numbers will be severely reduced by coronavirus restrictions.

Some 300,000 people turned out in July 2019 in the Atacama desert in Chile’s north, home to several observatories.

On Monday it will be the turn of the Araucania region in the south that is home to the Mapuche indigenous community to observe the eclipse.

Their ability to do so will be severely hampered by the latest measures announced on Thursday by the government, restricting the movement of people outside of the Santiago metropolitan area after a spike in positive virus cases.

To observe the phenomenon, when the moon passes between the Earth and the sun, entirely blocking the latter, one needs to be in the exact 90-kilometer long area that will enjoy the full effect.

And they will only have two minutes, nine seconds at around 1:00 pm (1600 GMT) to see the eclipse, framed by the backdrop of the Villarrica volcano—one of the most active in the country.

The eclipse will then cross the imposing Andes mountain range to be visible also in Argentina, notably in the popular tourist destination of Bariloche.

It will then disappear over the southern Atlantic.

“A two-minute night during which nature changes,” is how Chilean astronomer Jose Maza described the moment the daytime sky turns violet before surrendering to obscurity and revealing stars and planets such as Jupiter, Saturn and Venus.

“At the moment of the eclipse the temperature falls around five degrees (Celsius) and the wind picks up, so if people aren’t under shelter they’ll feel a bit cold,” he added.

Every year there are two total eclipses of the sun but depending on the time of day or year they may not be visible.

While last year’s took place at dusk, this time it will be in the middle of the day.

“At midday the phenomenon will be high in the sky and the eclipse will be much more visible,” said Maza.

After last year’s mass gathering in the Atacama desert, the Araucania region was expecting a tourism bonanza but COVID put paid to that.

There have been more than 560,000 positive cases in Chile among the 18 million population, with almost 15,700 deaths.

Authorities are worried that social gatherings during the holiday season could spark a spate of new virus focal points.

Strict controls have been announced for the areas where the total eclipse will be seen, with free movement banned both the day before and after.

The event is eagerly anticipated by the Mapuche indigenous community that is the largest in the south of Chile.

They have a strong traditional relationship with nature and the cosmos and even believe that an eclipse—called “lan antu” in the Mapuzungun language—signals the “temporary death of the sun,” Juan Nanculef told AFP.

“They noticed that after the sun is covered up there were social conflicts, scarcity, the land produced less, the crops were poor, the earth was weakened,” said Nanculef, an expert on Mapuche culture.

They believed that an evil force, the “Wekufu”, was attacking the sun and trying to extinguish it.

“They started bonfires, burnt natural trees such as cinnamon, laurel and boldo to help the sun in its battle. They also fired stones and arrows into the air. When the sun returned they celebrated because the sun had won.”

Eclipses are seen as generators of change by the Mapuche, whose territory before European colonization spanned parts of southern Chile and Argentina.

“The primitive peoples venerated the sun like a God, they already knew that we owe everything we are to the sun,” said Maza.

“Without the sun, everything dies on Earth, absolutely everything.”