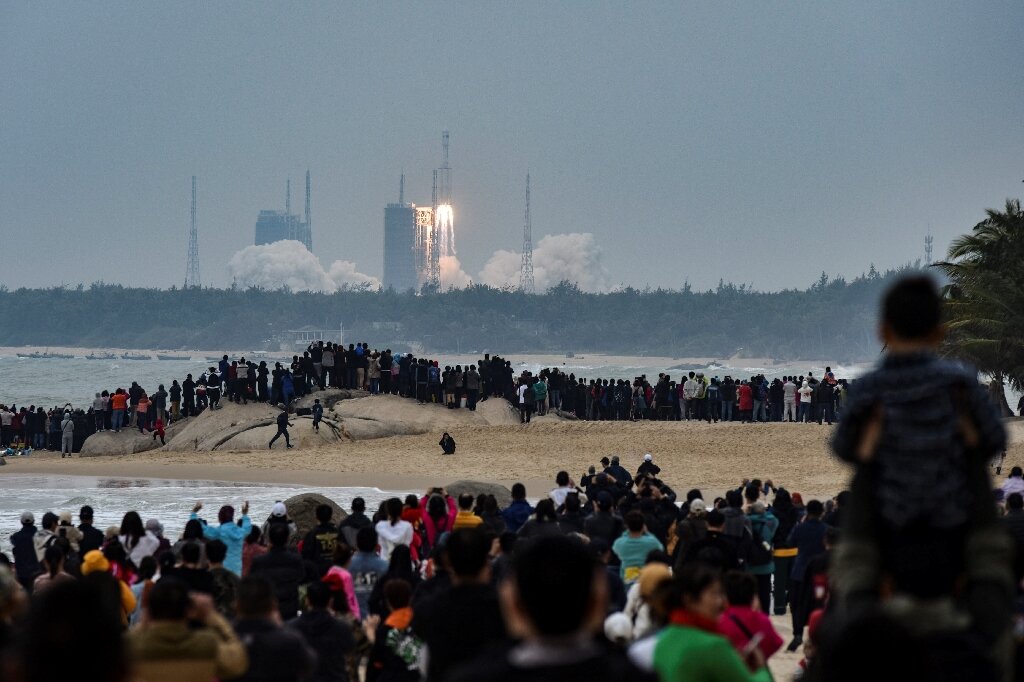 China’s new carrier rocket, the Long March-8, made its maiden flight on Tuesday, the country’s space agency said, the first phase of a strategy to deploy launch vehicles that can be reused.

The programme has drawn parallels to private US rocket firm SpaceX’s Falcon range, although China said in 2018 its reusable carrier vehicle would use different technologies.

The new medium-lift carrier rocket sent five satellites into planned orbit, blasting off from the Wenchang launch site on the southern Hainan island at 12:37 pm Beijing time (0437 GMT) on Tuesday.

It measures 50.3 metres and has a take-off mass of 356 tonnes, and the China National Space Administration (CNSA) said it is of “great significance for accelerating the upgrading of launch vehicles”.

The rocket’s design was based on technologies developed for previous Long March editions, Xinhua reported Tuesday.

It is also expected to lay the foundation for development of large and heavy rockets, shortening development periods and reducing costs, said Song Zhengyu, the chief designer of the Long March-8.

Beijing has invested heavily in its space programme as a sign of its technological prowess and scientific endeavour.

An unmanned Chinese spacecraft returned to earth last week with rocks and soil from the moon—the first lunar samples collected in four decades.