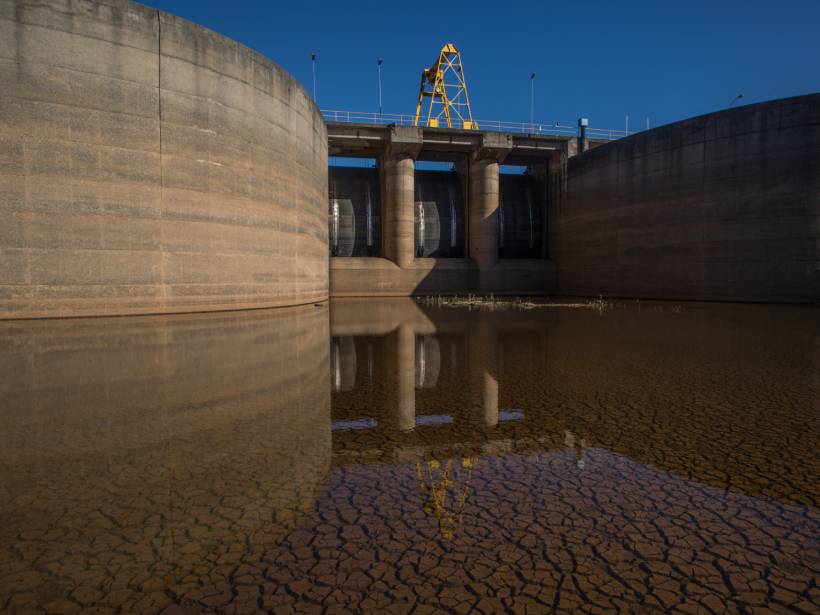 In early 2014, the Cantareira system, the main reservoir that feeds São Paulo, hit less than 10% of its capacity because of intense heat and drought, forcing Brazil’s most populated region to severely restrict its water consumption. Scientists working to understand the phenomenon say droughts like this can happen again and are likely to hit the region even harder.

Ocean weather might be to blame. Marine heat waves—dry air with high temperatures that stays for days over the ocean—are strong contributors to droughts. A new study in Scientific Reports sheds light on this mechanism.

The study shows that long-lasting high-pressure systems over the sea lead to marine heat waves—and in early 2014 the western South Atlantic Ocean experienced one. Coauthor Regina Rodrigues, from the Department of Oceanography at the Federal University of Santa Catarina, Brazil, led an earlier study that looked closely at the influence of marine heat waves on southeast Brazil between 2013 and 2014. The results were published last year in Nature Geoscience and will be presented at AGU’s Fall Meeting on 15 December.

With droughts, the situation is different. “With no clouds, insolation increases both on the ocean and land, provoking heat waves. The problem is when [the heat waves] stop over the same place for days and don’t allow for the cyclonic circulation to happen,” she said.

Droughts and heat waves are likely to become more frequent. Using data from 1982 to 2016, Rodrigues and her team observed that the frequency, duration, intensity, and extension of these phenomena have increased.

“Heat waves and droughts go hand in hand since the former can cause the latter.”

João Geirinhas, a researcher at the University of Lisbon, found similar results in another study that is currently in press. His team looked at the increase in the frequency of droughts and heat wave events between 1980 and 2018. “Heat waves and droughts go hand in hand since the former can cause the latter,” he said. Geirinhas will present the work at AGU’s Fall Meeting on 15 December.

Geirinhas’s study finds the concurrence of droughts and heat waves spiked after 2010. São Paulo, for example, had a peak in the mid-1980s (with a less than 30% chance of a marine heat wave and drought happening simultaneously), but that peak was surpassed in the mid-2010s (when there was an almost 50% chance of a concurrence).

“What happened in 2014 was a punctual event that can become more frequent due to deforestation and climate change.”

Human activity can contribute to conditions influencing marine heat waves and drought. Wilson Feltrim, coordinator of the Climatology Laboratory at the Federal University of Paraná, warned that deforestation can contribute to the phenomena. “The loss of trees decreases rainfall year after year. What happened in 2014 was a punctual event that can become more frequent due to deforestation and climate change,” he added.

To Feltrim, the studies from Rodrigues and Geirinhas are complementary. “While Rodrigues looks at the genesis of the phenomenon, Geirinhas looks at the intensification in its occurrence,” said the researcher, who did not take part in either study.

Maria Assunção Dias, a senior professor of atmospheric sciences at the University of São Paulo who was also not involved in either study, agreed with Feltrim. “These studies hand different pieces of a puzzle that fit together to help explain an absolutely unprecedented event in our lives as researchers.” The changes that we are seeing in the climate probably have not been witnessed by the human species before, she added.

“It might have happened millennia before, but we didn’t have the data to understand it and weren’t here to see,” said Dias.