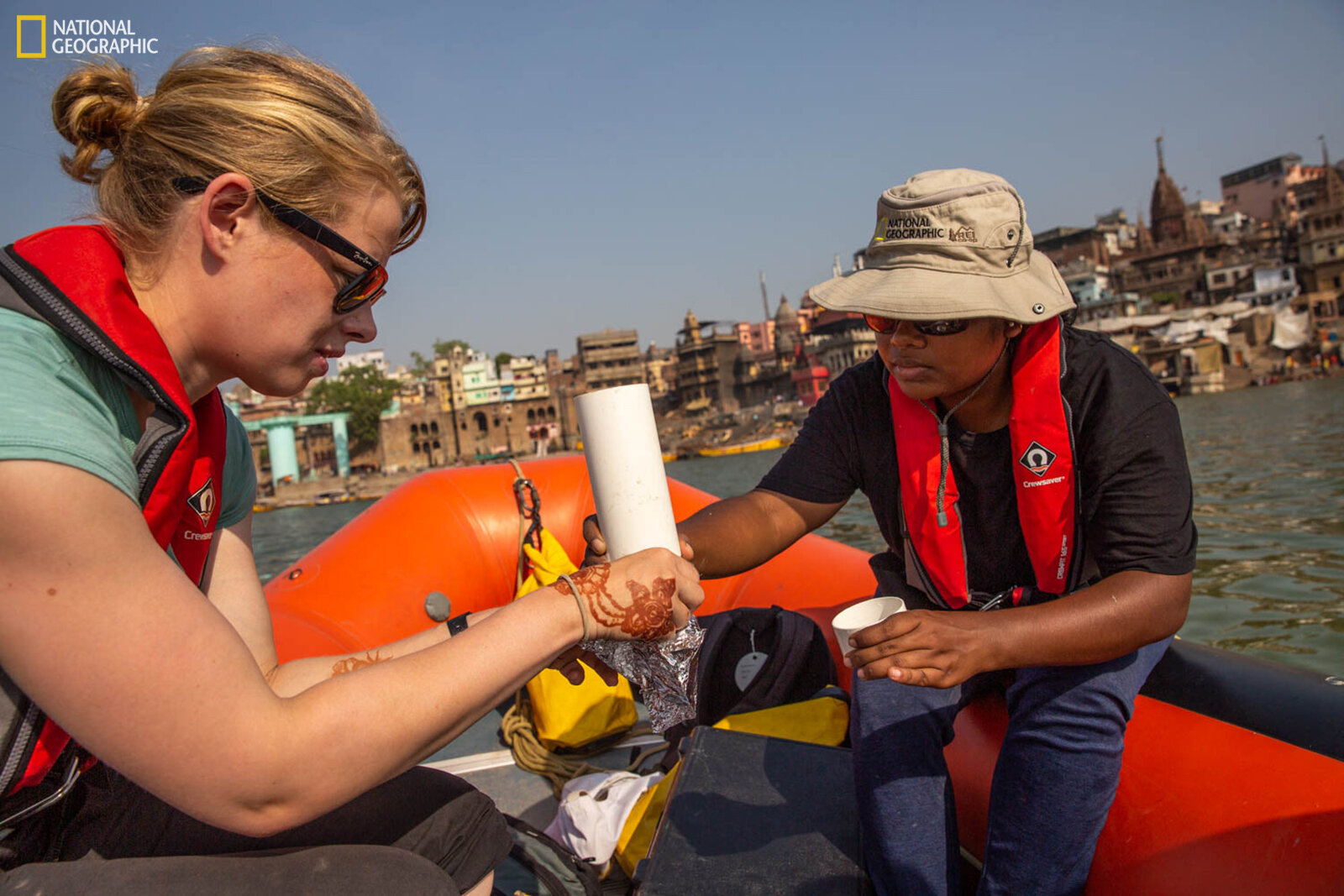 The Ganges River—with the combined flows of the Brahmaputra and Meghna rivers—could be responsible for up to 3 billion microplastic particles entering the Bay of Bengal every day, according to new research.

The study represents the first investigation of microplastic abundance, characteristics and seasonal variation along the river and was conducted using samples collected by an international team of scientists as part of the National Geographic Society’s Sea to Source: Ganges expedition.

Over two expeditions in 2019, 120 samples (60 each in pre- and post-monsoon conditions) were gathered at 10 sites by pumping river water through a mesh filter to capture any particles.

The samples were then analysed in laboratories at the University of Plymouth with microplastics found in 43 (71.6%) of the samples taken pre-monsoon, and 37 (61.6%) post-monsoon.

More than 90% of the microplastics found were fibres and, among them, rayon (54%) and acrylic (24%) – both of which are commonly used in clothing—were the most abundant.

Combining predicted microplastic concentration at the mouth of the river (Bhola, Bangladesh) with the discharge of the river, scientists estimate that between 1 billion and 3 billion microplastics might be being released from the Ganges Brahmaputra Meghna River Basin every day.

The research, published in Environmental Pollution, was led by researchers from the University of Plymouth’s International Marine Litter Research Unit, working with colleagues from the Wildlife Institute of India, University of Dhaka, WildTeam, University of Exeter, National Geographic Society and the Zoological Society of London.

Research Fellow and National Geographic Explorer Dr. Imogen Napper, the study’s lead author, was among the participants in the Sea to Source: Ganges expedition. She said: “Globally, it has been estimated that 60 billion pieces of plastic are discharged into the ocean from rivers worldwide each day. However, what has been lacking until now has been a detailed analysis of how microplastic concentrations vary along a river’s course. By working with local communities and partners, this expedition always aimed to help us stem the flow of plastic entering the Gangetic basin. These results provide the first step in understanding how it, as well as other major rivers, may contribute to oceanic microplastic.”

The Ganges River rises in the Himalayas and runs through India and Bangladesh, where it joins the Brahmaputra and Meghna rivers shortly before reaching the Indian Ocean.

The combined flows of the three rivers are the largest in South Asia and form the most populous basin in the world, with over 655 million inhabitants relying on the water it provides.

The samples were collected during pre-monsoon (May to June 2019) and post-monsoon (October to December 2019), at sites ranging from Harsil closest to the source of the Ganges to Bhola in southern Bangladesh where it meets the Bay of Bengal.

The sample sites were selected to ensure a mixture of rural, urban, agricultural, tourism and religious locations, with the highest concentrations found closer to the river’s mouth at Bhola, in Bangladesh.

Professor Richard Thompson OBE, Head of the International Marine Litter Research Unit at the University and one of the study’s co-authors, said: “We know that rivers are a substantial source of microplastics in the ocean. But the information like this can help identify the key sources and pathways of microplastic and hence inform management interventions. With this type of evidence, we can progress toward using plastics more responsibly so as to get the many benefits they can bring without unnecessary contamination of the environment.”

This study is the latest by the University in the field, with it being awarded a Queen’s Anniversary Prize for Higher and Further Education in 2020 for its ground-breaking research and policy impact on microplastics pollution in the oceans.

It is currently among the partners in Preventing Plastic Pollution (PPP), a €14 million project which aims to prevent plastic pollution from rivers entering the English Channel, and LimnoPlast, a €4.1 million project examining the distribution of microplastics in European rivers and lakes.

Citation:
Combined river flows could send up to 3 billion microplastics a day into the Bay of Bengal (2021, January 22)
retrieved 22 January 2021
from https://phys.org/news/2021-01-combined-river-billion-microplastics-day.html