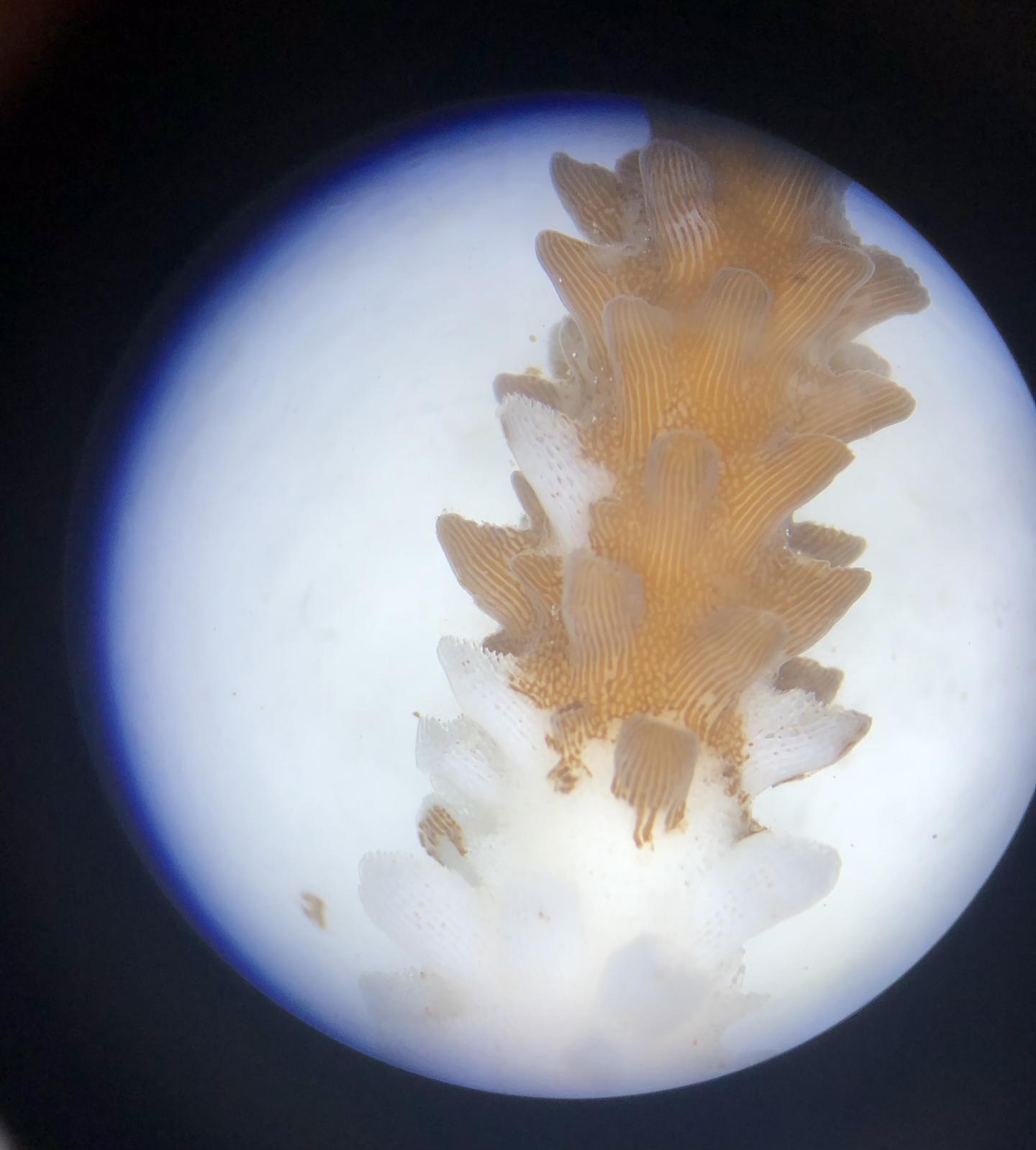 CORVALLIS, Ore. – Corals that appear healthy are more prone to getting sick when they’re home to too many parasitic bacteria, new research at Oregon State University shows.

Supported by the National Science Foundation, the study, published in Environmental Microbiology, adds fresh insight to the fight to save the Earth’s embattled coral reefs, particularly those in the Caribbean.

“The clear relationship we’ve discovered between this kind of bacteria and disease resistance in Caribbean staghorn coral is a crucial piece of the puzzle for coral restoration efforts in that region,” said study co-author Becca Maher, a Ph.D. candidate at Oregon State.

Found in less than 1% of the ocean but home to nearly one-quarter of all known marine species, coral reefs help regulate the sea’s carbon dioxide levels and are a crucial hunting ground that scientists use in the search for new medicines.

Between 2014 and 2017, more than 75% of the world’s reefs experienced bleaching-level heat stress, and 30% suffered mortality-level stress. Bleaching refers to the breakdown of the symbiotic relationship between corals and the algae they rely on for energy.

A complex composition of dinoflagellates, viruses, fungi, bacteria and archaea make up the coral microbiome, and shifts in microbiome composition are connected to changes in coral health.

In 2019, scientists in the lab of OSU microbiologist Rebecca Vega Thurber identified a new genus of parasitic bacteria that flourishes when reefs become polluted with nutrients, siphoning energy from the corals and making them more susceptible to disease.

The bacteria are in the order Rickettsiales, and the new genus is associated primarily with aquatic organisms. Scientists named the genus Candidatus Aquarickettsia and the coral-associated species in the 2019 study, Candidatus A. rohweri, was the first in the new genus to have its genome completely sequenced.

Since their first appearance 425 million years ago, corals have branched into more than 1,500 species, including the one at the center of this research: the critically endangered Acropora cervicornis, commonly known as the Caribbean staghorn coral.

“The bacterial genus we’ve identified is found around the world and in multiple types of corals, but is most notably found in high abundance in the microbiomes of Caribbean staghorn coral,” said study co-author Grace Klinges, also a Ph.D. candidate in the Vega Thurber lab. “Now we’ve uncovered significant evidence that a high abundance of Ca. Aquarickettsia is a marker of disease susceptibility in corals that otherwise seem healthy.”

Disease-resistant corals were found to host a much more even mix of many types of bacteria, she said. Additionally, as corals experienced heat stress from a warming ocean, the microbiome dominance of Ca. Aquarickettsia eroded.

“That’s apparently because the bacteria rely on host nutritional resources that become scarce during periods of stress,” Vega Thurber said. “And then the sudden loss of a dominant community member frees up niche space and creates openings for opportunistic pathogens to proliferate and sicken the coral.”

Erinn Muller of the Mote Marine Laboratory in Sarasota, Florida, led the study.