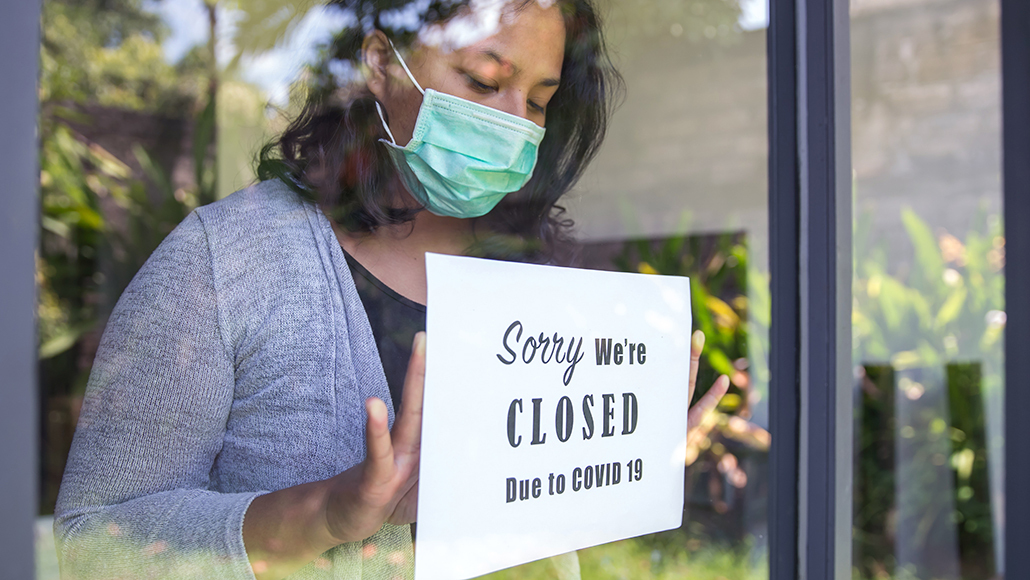 While millions stayed home last spring, looking to summer for respite from the virus, experts worried that an even larger fall surge was around the corner.

We’ve rounded that corner. As cases and hospitalizations reach record levels across Europe and the United States, leaders are being forced to make hard decisions about what to shut down and when. In the United States, President-elect Joe Biden has made clear that he won’t call for a national lockdown, but more targeted shutdowns at the state or local level are on the table. And in fact, many regions are already rolling out more targeted approaches, focusing on crowded spaces like restaurants, bars, or schools.

European countries began rolling out new restrictions in October, and in the United States many governors and city officials are beginning to partially clamp down. Public schools in New York City were closed on November 19; Minnesota has shuttered bars and restaurants for a month starting November 20; California officials enacted curfews between 10 p.m. and 5 a.m. in certain counties through December 21.

Whether these fine-tuned restrictions will work remains to be seen. But scientists have been studying what worked and what didn’t in the early months of the pandemic, revealing some promising approaches. New research suggests that focusing on closing or reducing capacity at transmission hot spots while keeping less risky parts of the economy open can curb exponential rises in cases, while minimizing harm to the economy.

“We don’t need to fully shelter in place to slow transmission,” says Lauren Ancel Meyers, a mathematical biologist at the University of Texas at Austin. But these sharper approaches work only if governments set clear guidelines and people follow them, she says. Even the smartest interventions will be overwhelmed if enacted too late amidst rampant transmission within a community.

Here’s a closer look at what may work, and what doesn’t.

In hindsight, some of the measures enacted in the earliest days of the pandemic did little to quell it. Temperature checks and deep cleaning of public surfaces emerged as two largely ineffective measures in a global analysis published November 16 in Nature Human Behavior.

Early on, “no one had a clue as to how to stop the spread of the virus,” says Peter Klimek, a data scientist at the Medical University of Vienna in Austria. Instead, countries threw the kitchen sink at the virus, enacting many measures simultaneously.

Klimek and his colleagues used statistical techniques to try to disentangle which measures worked and which didn’t. In 56 different countries, including the United States, they assessed how more than 6,000 different interventions affected infection rates in the weeks after enactment. What they found comports with what we’ve since learned about the virus and how it spreads.

Given the ease of airborne spread, interventions that targeted transmission hot spots — crowded indoor spaces — worked best, especially cancelling small gatherings of up to 50 people. “Basically this includes the closure of bars, restaurants, cafes, having people work from home if possible, and bans on family celebrations like weddings, funerals,” Klimek says.

Limits on large gatherings, stay-at-home orders and travel restrictions proved effective too, along with increasing access to personal protective equipment and educating the public about risk management.

These measures were more effective when enacted sooner, the researchers found. For instance, responding to a rise in cases quickly by cancelling small gatherings and restricting some travel, but keeping schools open, slowed the spread as much as if all three measures were enacted two weeks later when cases were much higher, Klimek says.

Part of the hesitancy to act early stems from a fear of the economic consequences of shutdowns. But scientists are trying to chart paths that minimize those economic costs while still controlling the virus.

“If we can identify economic sectors that contribute most to transmission and least to gross domestic product, then those our prime candidates to close down,” says Katharina Hauck, a health economist at Imperial College London. “You get the biggest impact on transmission and the least damage to GDP.”

To identify those sectors, Hauck and her colleagues simulated the effects of more targeted restrictions on disease spread and the economy in the United Kingdom, drawing on both economics and epidemiology. Using detailed survey data on people’s levels of contact, and thus transmission, at different sorts of businesses and residences, the researchers projected the effects of restricting different sectors.

A widespread shutdown that maintains only essential services across 63 economic sectors, but leaves schools and universities open, would keep COVID-19 hospitalizations within capacity, according to the report released November 16. Such a blunt shutdown would cost the United Kingdom 229 billion pounds (about $306 billion U.S. dollars) in lost GDP over the next six months, compared with hypothetically leaving the economy open but allowing hospitals to be overwhelmed.

A fully open scenario would send 68,000 people to the hospital at the height of the surge, compared with the United Kingdom’s peak of around 18,000 COVID-19 patients hospitalized in April, the researchers say. But letting the virus burn through a population unabated could have unforeseen and drastic economic consequences, in addition to leading to many more deaths.

Alternatively, more targeted restrictions focused on high contact sectors like restaurants, retail shops, and entertainment venues could keep hospitals functional while allowing schools and universities to remain mostly open, along with manufacturing centers, construction, financial services and agriculture. Such a scenario cost the United Kingdom only 26 billion pounds (about $35 billion) in lost GDP, compared with keeping everything open.

“Our study shows how we might fine-tune closures of the economy and save both lives and livelihoods,” Hauck says. England and much of Europe are in the midst of a more fine-tuned approach this fall, with restaurants and cafes closed in many countries but schools remaining largely open. There are preliminary signs these measures are turning the tide. Daily case counts in France, for instance, have fallen nearly 70 percent, from a weekly rolling average of over 54,868 on November 8 to 16,722 on November 25.

Could similarly targeted restrictions work in the United States?

Simply limiting capacity at key transmission hot spots, such as restaurants, may be enough to curtail exponential spread in some cities, according to an analysis published November 10 in Nature. “Closing the economy does not have to be all or nothing, doesn’t have to be total lockdown and full reopening,” says Jure Leskovec, a computer scientist at Stanford University.

Leskovec and his colleagues turned to cell phone mobility data from some 98 million Americans across 10 large metro areas, including Chicago, New York City, Atlanta and Washington D.C. This database allowed the researchers to “visualize” these people as particles, whose location is updated each hour as they move from their homes to places like restaurants, grocery stores and gyms. The researchers excluded schools and workplaces from their analysis.

From this starting point, they built a statistical model, tweaking variables that control how easily a virus can jump from particle to particle (in effect, person to person) in different situations until the model closely matched the actual case counts in these 10 cities from March to May, even as these cities enacted social distancing measures.

“From an epidemiological standpoint the model is quite simple, but it shows the power of mobility in spreading the virus,” Leskovec says. That simplicity also allowed the researchers to simulate different reopening strategies, seeing how restricting mobility at different locations influenced the spread of disease.

Limiting occupancy is especially important in lower-income neighborhoods, the researchers found. Residents of these neighborhoods socially distance less due to work-related demands (SN: 11/11/20), and Leskovec’s analysis predicted higher infection rates at particular spots. “A single trip to the grocery store is twice as dangerous for a low-income person than a high-income person” in eight of the 10 metro areas, Leskovec says. “Low-income families go to stores that are more densely packed than richer families, and they stay longer,” Leskovec says.

Limiting capacity at these often crowded locations, or creating other ways of distributing food in these neighborhoods, might start to ameliorate COVID-19’s stark racial and ethnic health disparities (SN: 4/10/20).

While targeted shutdowns can work, these more precise tools are only effective if enacted before community spread takes off. “You have to tap on the brakes at the first indication that things are taking an alarming turn,” says Meyers, the mathematical biologist. “If intensive care units start reaching capacity, then it’s time to slam on the brakes,” with longer, more restrictive measures.

In the United States, many regions may have already passed the optimal moment to start tapping the brakes with less restrictive measures, Meyers says. “The key pressure points for reducing transmission, like restrictions on indoor dining, are also some of the hardest things to get enacted.” But for every day that social distancing measures are delayed, cities need on average two and a half more days of restrictions to contain an outbreak, Meyers and colleagues report in Emerging Infectious Diseases in September.

“Waiting a week to act not only means that things probably look worse in terms of hospitalizations, but it also might mean that we have to lock down for two and a half extra weeks longer,” Meyers says. “So even though we’re trying to avoid that sort of economic cost up front, it may come back to bite us.”